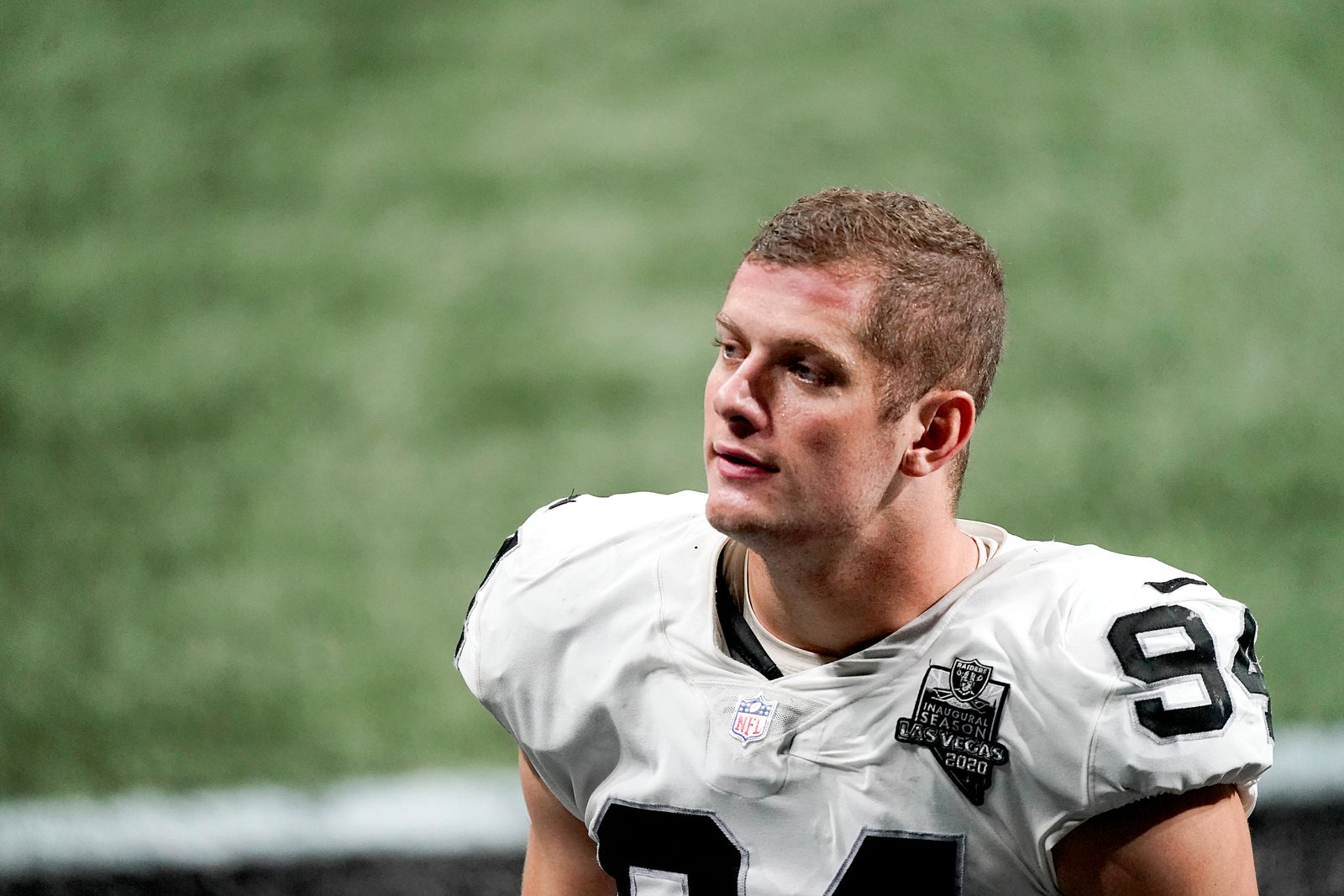 This American Football player was born on April 12, 1993. Carl has been very active in his football career, he has played many matches and also has gained a lot as a Football outside linebacker. Nassib is also popularly known as Carl Paul Nassib, he was born in West Chester, Pennsylvania. Carl has many notable achievements and some of his achievements are the Lombardi Award (2015), the Lott Trophy (2015), the Ted Hendricks Award (2015), Nagurski–Woodson Defensive Player of the Year (2015), First-team All-Big Ten (2015), etc.

Usually, celebrities announce their marriage, dating stuff, or any other stuff related to their careers but what could be more surprising for us? Well, you must be wondering what can be the answer to this question, right? We always get to see players announcing their retirement from the sports that they are playing or getting married to the one they love but there is something that made many fans of Carl Nassib leave in surprise. When Carl announced officially on his Instagram that he is gay, most of his fans were speechless.

Well, there is nothing wrong with being gay but fans were shocked to know that he announced it from his side and did not afraid of the public. Fans supported Carl and his decision too but what is more surprising and proud to know is that Carl made history by announcing that he is gay, no one ever did something like this before, and now Carl is the first active NFL player to announce that he is gay. It would be wrong to say that he is the only one who has done this because Michael Sam also announced that he is gay but he was not active in NFL regular-season games.

Carl is indeed a very popular American football player but he became more popular and got the respect of many fans after announcing his true identity. Now that we know he is not he, he is actually They, so many of his fans are curious to know whether he is dating or not and who could be his boyfriend. Well, we can not say that this is the reason why fans are curious to know about his dating life, there is actually one more thing that Nassib mentioned recently.

When Nassib was a guest on a podcast which is narrated by Darren Waller, we got to know that Nassib is dating because he mentioned on the podcast that he is in a relationship. After listening to his words fans started to dig out information on his relationship and they were eagerly waiting to know the name of the person he is dating now. And surprisingly fans even got to know the name of the person he is dating right now. Erik Gudzinas is the one whom Carl Nassib is dating, he didn’t mention his name but fans got to see Carl’s pictures with Erik and fans are assuming that he is very happy with him and they are hoping for the best for this couple. What are your opinions about this couple? Many fans are showing love and support to them and spreading good messages for Carl and Erik.

Well, you must have already guessed the answer after reading the things above, right? it is now obvious that he is not single and currently dating someone. He is dating Erik Gudzinas as I have mentioned above.

Carl started playing football in his school days, he went to Malvern Preparatory School, and he also played basketball and was the captain of the team. After getting into Pennsylvania State University he joined the Nittany Lions and played for the team. In other terms, we can say that his football career started at a very young age which slowly led him to turn into a professional one. Even when he was playing at his college and school he was awarded many achievements.