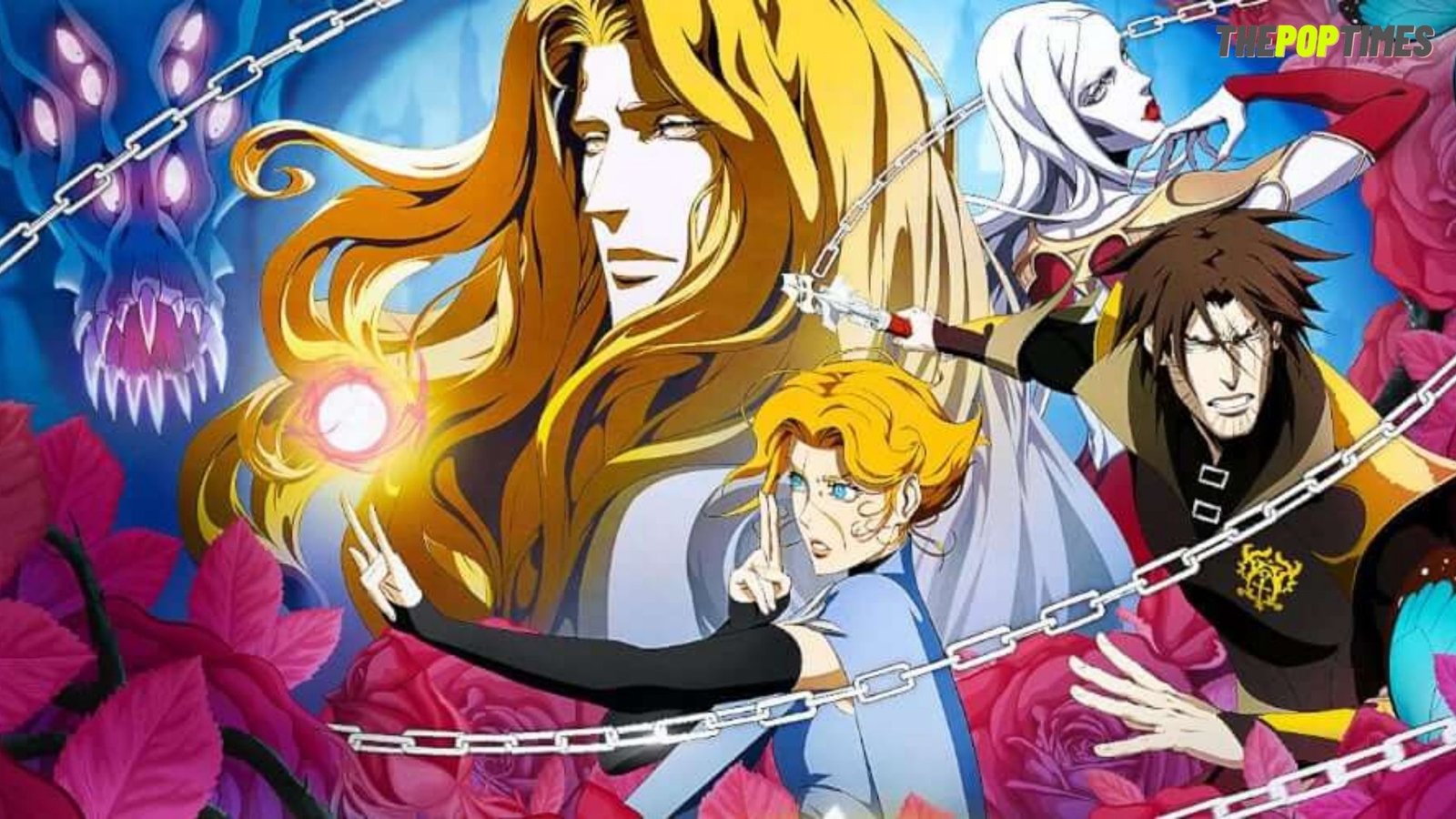 The fourth season of the American animated series “Castle Vania” is all set to be premiered on the 13th of May, 2021. The excitement seems to be hustling, which is why we have tried to give a brief recap of all the previous seasons together. In a few minutes, your memory will be up-to-date with the plot and exclusive action. Here’s the Castlevania Recap for all the seasons

Castlevania Recap for all Seasons

And after this point, there will be some huge spoilers ahead. Released originally in 2017, we are taken to the Romanian town, Wallachia. It’s 1455, and we are introduced to the life of Vlad Dracula Tepes, and Lisa. 20 years pass with them happily married, until one day the town’s bishop insinuated Lisa of witchcraft and burns her down. This news leaves Dracula devastated who pledges to take revenge upon the town, itself. Refusing to be rational, he also brings down Adrian, his son. Ultimately, he gathers his army and orders to kill every person in town and also kills the reverend archbishop.

This season also introduces another main and noble character, Trevor Belmont. It was him, and the Elder’s granddaughter, Sypha Belnades went on a search for the “sleeping soldier” in the deeper regions of the catacombs. Leaving one surprised, we come to know this the soldier is Adrian (now known as Alucard), who was resting and healing? It ends with the trio then decided to challenge Dracula and his army, to eventually rest the dispute. Leaving one anxious for more than a year, Netflix took out the second season. This season focused mainly on the evil figures of the series, with all their plans into action.

One saw Lisa’s strife with the churches, just before she was taken down to be burnt alive. In the current times, Dracula was seen to create his war assembly. Godbrand objected against the human necromancers, Hector and Isaac leading the war under Dracula’s tutelage, but Dracula disagreed with him. A good brand is also pretty disappointing with Dracula’s war strategies, of making every human vanishes from the face of the town. A divide between Dracula and other vampires occurs, with Carmilla and Godbrand. The vampires were dissatisfied with the slaughtering of the entire human race, which would leave them hungry. Although Godbrand dies at the hands of Isaac and Carmilla forms her army in an attempt to overthrow Dracula. One would have imagined Dracula is the main villain, but it is Carmilla. Carmilla is scornful towards his ways and seems to dictate him. Carmilla now tries manipulating Hector into joining her forces, who also seemed hesitant about Dracula’s ways. The two of them find Dracula unfit to lead the war, and tired of growing hungry they set out for blood to another village.

The famous and powerful trio had plans to stop the castle from teleporting from one place to another. To stop this difficulty, they set out to find any way to prevent this. They go to the old Belmont mansion as it held enough knowledge on monsters. On the way, they have a riff with a few of the vampire men, killing all except Isaac. The trio reaches an underground library hidden in the castle. Alucard feels anxious seeing the vast number of monster-hunter weapons and vampire preserves. Trevor stumbles upon a mirror that could magically see things far away, and Sypha finds an incomplete locking spell that would help them to prevent the castle from teleportation. Hector and Carmilla join hands completely, as she warns him on turning her back against her. His night creatures reach the Belmont estate and create chaos, in a break-in attempt.

The trio’s strength and teamwork are seen, as while Trevor fights the demons, Alucard searches for the castle using the mirror, and Sypha tries to make the spell a success. I love how the action scenes gave me goosebumps. The unraveling of scenes and fights between the two divided forces is what makes the episodes even more interesting. Successful in their charms, the trio now is teleported themselves into the castle to fight off any remaining vampires in the hall. A great face-off occurs between the father and son. Feeling guilty and heartbroken, Dracula lets Alucard stakes him through his heart. Beheaded and burnt, his only remains were his marriage ring. This season ends with Alucard left alone, with Trevor and Sypha on a journey to defeat more monsters. Isaac goes crazy and begins to build his first personal forces, and Hector, on the other hand, has been shackled by Carmilla. Her evil desires still haven’t come to an end as she wants to use Hector to get the best for herself.

Alucard seems to feel even more isolated than before as he misses his friends. One is pitiful towards his condition, finding it funny but also sad. But one day, two vampire hunters Taka and Sumi came from Japan to visit him. As they share life stories with Alucard, they request him to be their teacher. Although they do end up being treacherous towards him, just how Dracula had faced, on the bright side, he finally gets some company! Carmilla and her council of sisters, Leone, Striga, and Morana have completely taken over Hector. Although treated cruelly, he deserved it. Carmilla made plans of besieging a part of Eastern Europe and treat humans as a mere flock. Leone made further evil plans into imprisoning Hector forever. Luring him with her charms, she tricks him into wearing a ring that will cause him pain if he tried to act smart. Isaac, who was then in Northern Africa was setting plans on avenging Dracula. He comes across a woman, Miranda who promises that her mirror will transfer him and his army to Styria easily. On the other hand, Trevor and Sypha who continued hunting monsters down, come to Lindenfeld.

They come to know about Visitor’s incident and how since then common townsfolk were not allowed in the priory. He seemed to have taken over the monks who since then had been acting suspiciously. The visitor was seen to be pierced to a wall, while he was alive. It was now their job to uncover this mystery. Germain takes the help of the two in finding the portal to the Infinite Corridor. The three plan to take down the monks and help in opening the Corridor. As they fight, countless demons emerge from the priory, and the Visitor opens up the portal to Hell. A vision of Dracula and Lisa is then seen.

They end up defeating them and shutting the portal forever. A terrifying legacy about the Judge was revealed where he would kill children and place their shoes as trophies. Trevor and Sypha leave Lindenfeld after burning it down. The audience is left with great excitement as the scene closes with Alucard standing over the transfixed bodies of Taka and Sumi. His face shows that he has developed into a different character as it ends by his saying that he could have placed big threatening signs but he chose to keep the bodies as a warning. What is going to happen to the new Alucard? What will he choose to do now, and how will his former companions react? Well, we have no other choice, but to wait. Tune in on the 13th of May, to get all your doubts cleared! Till then you can watch the earlier episodes on Netflix

Also Read : Is Paul Walker In Fast And Furious 9? Here are The Details