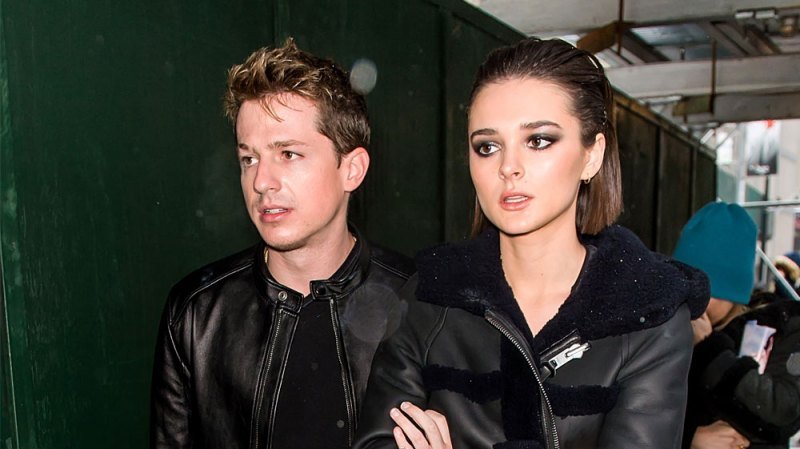 Born in 1991, Charles Otto Puth Jr., better know as Chalie Puth is an American songwriter, record producer and singer. He has won many awards in the field of music like Teen Choice Awards, Hollywood Music in Media Awards and Nickelodeon Kid’s Choice Awards for his song “See You Again” and was nominated for MTV Europe Awards, American Music Awards, Golden Globe Award and Grammy Award for the same in the year 2015. He is best known for his single, “We Don’t Talk Anymore” (featuring Selena Gomez). The song gained Puth a worldwide attention and peaked at number 12 and number 9 on the Billboard Hot 100.

According to Puth, he was bullied as a child in his school. Due to the work pressure, he said that he suffered a nervous breakdown. He, further, added that as he was becoming famous, his privacy was violated. He was not used to it. Music works the best for me as therapy, said he during an interview.

Charlie was born to Debra and Charles Otto Puth Sr. on December 2, 1991 in New Jersey. His mother was a song writer and his father was a builder and real estate agent. He has two younger siblings who are twins called Stephen and Mikaela.

Since his mother was in the field, she began teaching him piano at the age of 4. He became interested in music and started learning Jazz. He went to Holy Cross School and Forrestdale Middle School where he participated in various music programmes and graduated from Rumson- Fair Haven Regional High School. When he was in grade seventh, he attended Manhattan School of Music Pre- College. Later, he went to Berklee College of Music and majored in Music Production and engineering.

He began his career with starting his own YouTube channel where he posted some funny and comedy videos. In the year 2011, Ellen DeGeneres announced that she had signed Puth to her label after judging her performance. Puth continued writing songs for podcast and performing with Luther. He gained worldwide attention and praises when he wrote, co- produced and was featured in ‘See You Again’ along with Wiz Khalifa. He won many Awards for the song and was nominated for many awards including Grammy Awards. After that, Puth never looked back. He continued to release his songs like Dear Future Husband, Some Type of Love, Nothing But Trouble and worked with several artists. He, then, released Nine Track Mind, his debut album, and his second single album One Call Away creating a buzz in the market.

In 2017, he released ‘Attention’ which crossed 1.2 Billion views on Youtube by the start of 2021. ‘How Long’, his second single from Voicenotes was on No. 21 on the Billboard Hot 10. He collaborated with One Direction and in 2018 he released “If You Leave Me Now” featuring Boyz II Men. In the same year, his third single from Voicenotes was released called ‘Done For Me’. His fourth single, ‘Change’ and fifth single, ‘The Way I am’ from voice notes were released.

Puth has become a viral sensation all over the world and has a net worth of $25 million.  His songs and albums are a major hit which is enough for him to make this amount of money a year.

The popular star, recently, said that he is single in one of his Instagram Post. However, his dating history is quite impressive. The media spotted Charlie and an actress Bella Thorne on a beach stroll where the couple was kissing. Later, things between them get intense as she did not announce publicly her separation with Tyler Posey. He was, then, romantically involved with Selena Gomez for few months. According to him, it did not work out because Selena had someone other than him on her mind. He was involved with Danielle Campbell in the year 2017. During the show, he revealed that he is not single right now but in a relationship. He does not want to announce the name of his girlfriend publicly as he is done dating in public and wants it to be a secret but things did not work out between them.

He dated Halston Sage, an actress but the couple did not announce their relationship in public. Rumors spread that he hooked up with Charlotte Lawrence. He was spotted with her multiple times. In an Instagram post, he publicly announced his relationship.