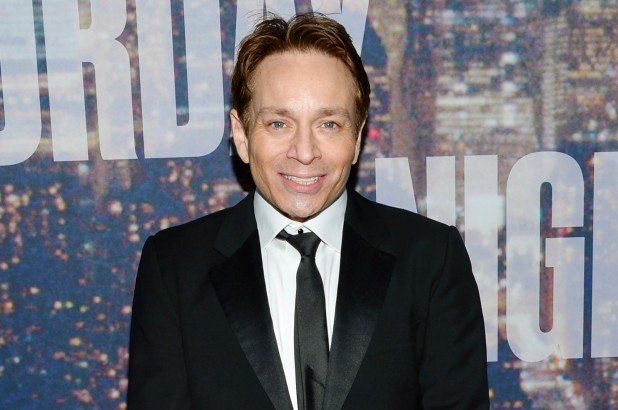 Chris Kattan or Christopher Lee Kattan is an actor comedian and author who lives in America. His best works are- The titular role in Bunnicula; as Doug Butabi in A night at Roxbury; Cast member on Saturday night live; Bob on 4 seasons of The Middle. He has also starred in some great films like Corky Romano, House on haunted hill, and Sharknado 5. He also worked as a voice actor in Hotel Transylvania 2.

He was born in 1970, October 17, and is currently 50 years old and living in California, United States of America. His actor career span from 1993 till date. His parents are also very famous people- Kip King who is known for acting jobs both as a screen and as a voice actor and his mother Hajnalka Biro was once a playboy girl and used to take modeling jobs in London.

Chris Kattan is worth about 8 million dollars. But do not think that all of this has come from his work at Saturday Night live on NBC. He has done some other great work as well. On the Saturday Night show, he played the role of Mango. Mango was an animalistic man character. He had quite the luck in his career landing comedic roles. He was also part of comedy troupes in Los Angeles. One of the famous ones is The Groundlings. His father was its founding member. You may also know him from episode No, this is not based entirely on Julie’s life from Mews Radio playing a photoshop employee.

He has had some bad days as well. During a live segment of the Saturday Night Live Show that aired in May 2001, he was severely injured. He threw back from his chair while he was doing a parody of the Golden Girls. That injury actually got him into several surgeries and has left some permanent issues on his body. In his book Baby, don’t hurt me: Stories and Scars from Saturday Night live he mentioned several such moments where that injury held him back.

In 2014 he was also arrested for driving under the influence which he claims were after the pain medication from his 4th neck surgery. The injury left him with a lot of mobility issues leading to his early dismissal from Dancing with the stars where the judges even criticized him for lack of mobility. He told everyone about his injury that by then was about two decades ago. He also told that the network NBC paid for only 2 of his surgeries out of 4.

All in all, now he works on television and also is an author, and only wish for the best for him.

Kip was born to parents hailing from Iraq and Poland and from a Jewish family while his mother was from Hungary and is a Buddhist. His parents got divorced when he was young and he went on to live with his mother. His mother later on married a Buddhist monk which led him to move to a retreat on Mount San Antonia which is outside Los Angeles. Later on, he moved to Bainbridge Island, Washington, and graduated in 1989 from Bainbridge high school.

Kattan married model Sunshine Deia Tutt in June 2008 in California. He proposed to her on Christmas eve 2006. However, they were separated in the next month of their marriage and were divorced in less than a year, in February 2009.

But this was not the only relationship that found focus for him. He also dated many other models and actors. He dated in 1999 Jennifer Glimenez who is an American model and actress. This relationship did not last long. They were seen with each other at GQ awards in New York during their dating. In 2001 he dated another Jennifer.

This was Jennifer Coolidge who is a comedic actor. You might know her from famous movies like Legally Blonde, Click, and American Pie or shows like 2 Broke Girls or Friends. She actually worked with him in A night at Roxbury. In 2001 itself he had a fling with the daughter of Minnie Riperton and Richard Rudolph. She worked at Saturday Night Live as well and was very famous even before that as well.