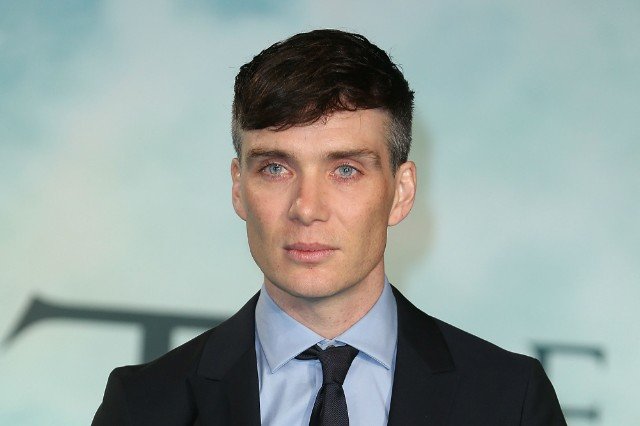 Cillian Murphy, the name might be familiar to all readers, especially those who have seen Peaky Blinders. He is definitely one of our favorite actors who have won the hearts of many through his impactful acting and presence on screen. We might know him as Thomas Shelby quite well but do we certainly about him as Cillian Murphy?

Well, I guess not all of us know about him well. Therefore I take this opportunity to make you familiar with Cillian and not as Shelby but much more than that. So all the fans of Thomas get ready to know about the man behind Shelby is Cillian and I can assure you that you will definitely enjoy reading about him.

Cillian Murphy was born on May 25, 1976, in Douglas, Cork. He is from a family of teachers. He grew up in Ballintemple, Cork with his younger brother and two sisters. Before becoming an Irish actor he was a leading singer, lyricist, and guitarist of the rock band The Sons of Mr. Greens Genes. He got a record deal but turned it down to pursue his acting career. He began his acting career by acting in short films and on stage. His work includes Jim, 28 Days Later, Intermission, and Breakfast On Pluto. He got nominated for Golden Globe Award for Best Actor in a Musical or Comedy for Breakfast On Pluto. He also worked with the infamous Christopher Nolan in The Dark Knight Trilogy. His work following his denial of the record deal was unstoppable as he appeared in numerous projects which not only included the aforementioned work but also others like Inception, Dunkirk, The Wind That Shakes The Barley, Sunshine, In Time, A quiet Place Part II and not to forget the famous Peaky Blinders. He will soon be appearing soon in the 2023 biopic Oppenheimer in the titular role.

But before we see him in the upcoming work, let us know more about him in detail and get more acquainted with the famous actor.

As per 2022 reports and updates, the Peaky Blinders star Cillian Murphy’s net worth is estimated to be a whopping $20 million. In terms of his spending and assets, he owns a mansion in Irelands which cost around 1.7 million dollars when he bought it in 2007. Following that he shifted to London for his career and owns a home there. However, the price of the house has not been divulged. Apart from his property, his assets also include a BMW and a Range Rover.

READ MORE: Where To Watch Ranveer Vs Wild With Bear Grylls Online?

The 44-year-old actor was academically known to be a good student in school but a little notorious. He grew up Catholic and attended a Catholic secondary school. His mother taught him, French. His fondness for performing arose when he participated in a drama module. For him, the experience was a “huge high” and “fully alive” as he expressed when he participated in the module by Corcadorca Theatre Company. It was his teachers’ advice that led him to pursue his creative career though he was advised to pursue acting then he pursued singing and became a rock star with the rock band The Sons of Mr. Greens Genes before joining the band he would sing with his brother Paidi. After leaving the singing career he started his acting career which turned his life even more.

The Ireland actor is married to his love for a long time Yuvonne McGuinness. Both met in 1996 and since then never lived apart. The pair tied the knot in 2004 in a private ceremony. Their marriage took place in a Vineyard in France. Their marriage took place after he moved to London. The pair share two sons named Malachy and Aran. Now the family happily spends their time in Dublin. His wife Yuvonne met him at one of his rock band shows. She is just as well established as her beloved Cillian. She is a renowned and award-winning visual artist. She directed two short films named Charlie’s Place and Procession. She has been to the Royal College of Art in London. Her artwork has been displayed in and around UK and Ireland.

Cillian Murphy achievements include the Irish Times Network Theatre Award which he won for Best Actor. He also won the Drama Desk Award for Outstanding Solo Performance for Misterman. He has also been referred to as one of the greatest Irish actors by The Irish Times. He won GQ UK Award for Actor of The Year. Apart from these, he has got several worth nominations for his work.