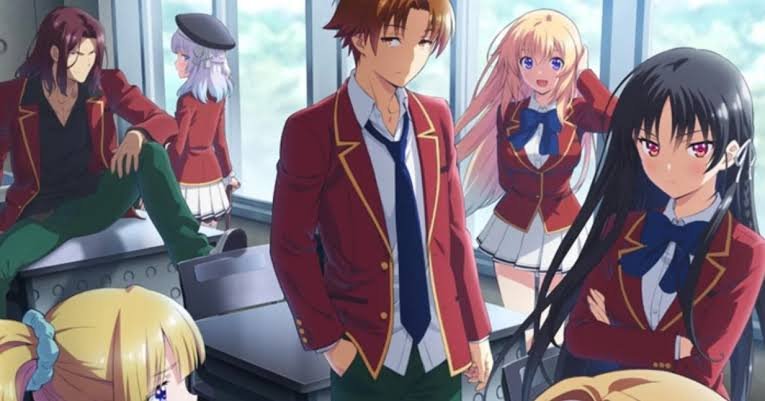 The popularity of high school-based anime and manga is huge. And Classroom Of The Elite is one of the best in that genre.
It started as a light novel but soon manga and anime were also made. The story of Classroom Of The Elite is written by Shōgo Kinugasa. And fans are super excited for the second season of the anime which is streaming right now. So let’s take a look at all the details of episode 5 which will be released soon.

We already know that episode 5 is coming out on August 1, 2022. Fans are super excited for the new episode. However, the storyline of the episode has not been revealed yet. This is to keep the excitement and anticipation alive until the release of the episode.

The anime series focuses on an elite school called the Tokyo Metropolitan Advanced Nurturing School. The school is meant for instructing and nurturing the next generation of people that will support Japan and its government in the future. The school follows an unusual method of teaching which gives the students a high degree of freedom that mimics real-life situations.

The protagonist of the anime series is Kiyotaka Ayanokōji. He is an unassuming and quiet boy who has a hard time making friends and socializing. Because of this, he is placed in class D which has all the weak students in the school. But Kiyotaka is very intelligent and has a big IQ. His underconfidence and social awkwardness slowly diminish after meeting Suzune Horikita and Kikyō Kushida.

They become close friends and a new adventure begins for him. The story follows his many affairs and adventures through high school. Undoubtedly, it is a super exciting watch and fans enjoy the interesting events that Kiyotaka and his friends face in high school. You can expect to see some such events in the upcoming episode also.

Classroom Of The Elite has a vast list of characters. And fans love every single one of them. However, fans can obviously guess from the last episode. Let’s take a look at some of the main characters from the anime.
The protagonist of the anime series is Kiyotaka Ayanokōji. Shōya Chiba voices this character. He is a very unique character with superhuman strength and intelligence. But intentionally he performs poorly on tests and does not socialize with anyone in school. Kiyotaka is also very skilled and efficient in martial arts. He also has a very interesting back story and thus fans love this character.

Akari Kitō voices Suzune Horikita. She is a selfish student who considers friends unnecessary. However, she possesses unmatched intelligence, and beauty and also has efficient martial arts skills. She only talks to Kiyotaka and has a strong bond with him.

Next comes Kikyou Kushida who is voiced by Yurika Kubo. Yet another interesting character, Kikyou is a very cheerful and nice girl who wants to befriend everybody in school. However, behind her cheerful and sweet personality lies another very dark and violent persona. This altered ego of hers is cold-blooded, detestable, and manipulative.

Yūichirō Umehara voices Manabu Horikita who is the student council President and Suzune’s older brother. Like the others in the school, he is also an excellent fighter skilled in martial arts and is well respected by everyone in the school. But he does not talk to his sister and even resents her for being in a lower class.

Where To Watch Classroom Of The Elite Season 2 Episode 5 Online?

Season two premiered on July 4, 2022. And fans are already loving it. Classroom Of The Elite has earned great praise from fans and the audience. It was originally broadcasted on Japanese television networks like AT-X, Tokyo MX, TV Aichi, KBS, Sun TV, TVQ, and BS11.
For international fans, the anime series is available online on Crunchyroll and Funimation. Check out all the previous seasons and episodes online before the new episode comes out.

Read Also: Kyoukai No Kanata Season 2 Release Date: Can We Expect Season 2 In 2022?