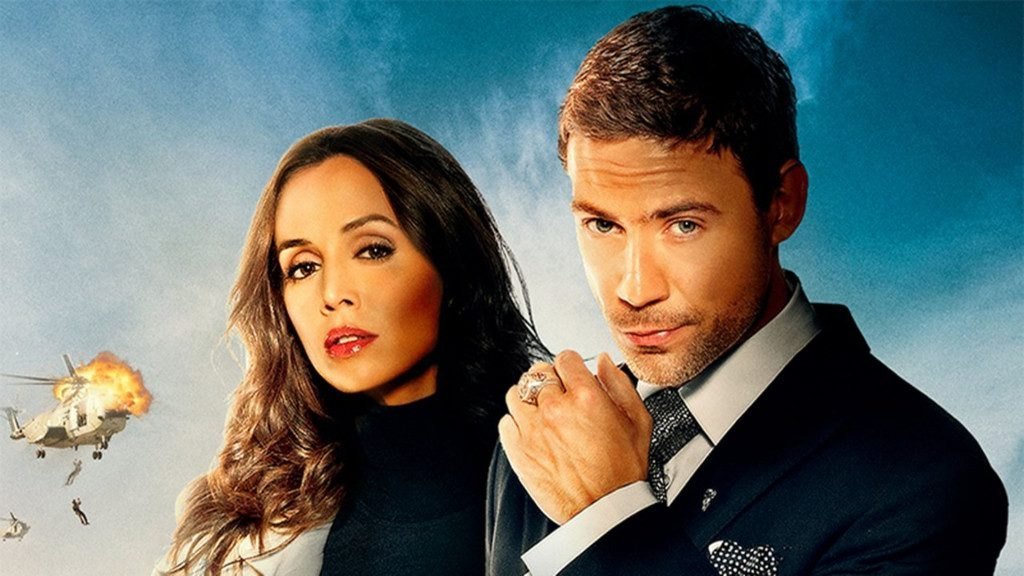 Do you like watching con artist movies? If yes, well, I have to say you are at an accurate place. For all the Poptimes articles readers I am back with another article in which I am going to recommend to you some of the Conman movies. Today I am going to tell you a bunch of movies that are streaming on Netflix. Netflix is one of the best sites to invest your precious time. Countless movies and shows with a wide variety of genres are available on Netflix which will lift your mood. But as everybody knows that Netflix is not for free, right? You can watch a bunch of movies on Netflix via subscription, but trust me your money will not go to waste. So let’s not beat around the bush and start this article to know 13 con man movies that are streaming Netflix. Keep scrolling folks to know!

An American biographical crime film Catch Me If You Can, was produced by Steven Spielberg and Walter F. Parkes whereas Steven Spielberg has directed the movie. This film is adapted from the autobiography of Frank Abagnale Jr. The film starts with Leonardo DiCaprio, Christopher Walken, Tom Hanks, Nathalie Baye, and Martin Sheen. The storyline of catching Me If You Can follow the life of Frank Abagnale, Jr., who works as a doctor, co-pilot, and lawyer in many airlines. However, at the age of 17, he became the most successful bank robber in the history of the United States. But an FBI agent named Carl Hanratty wants to catch him. Will he be able to catch it? To know what is going to happen to Frank Abagnale, Jr., Watch the movie on Netflix.

An American science fiction action film Inception, directed and written by Christopher Nolan. The movie starts with Leonardo DiCaprio, Joseph Gordon-Levitt, Ken Watanabe, Elliot Page, Michael Caine, Cillian Murphy, Tom Hardy, Tom Berenger, and Marion Cotillard. The storyline of inception is about a thief named Dom Cobb. He has some extraordinary ability to enter into a dream of people and steal their secrets when they are subconscious. However, Dom Cobb got an impossible task, where he had to plant an idea in someone’s dream. Will he succeed? Want to know? Watch the movie on Netflix.

The third movie in this list is an American crime comedy-drama movie Focus, directed and written by Glenn Ficarra and John Requa. The film stars Will Smith and Margot Robbie. The film Focus was released on February 11, 2015, in London whereas in the United States the film premiered on February 27, 2015. The storyline follows the life of a veteran con artist named Nicky Spurgeon, who meets an inexperienced grifter named Jess Barrett. She tries to seduce him and even con him, pretending that they are already caught by her jealous husband. Will she succeed? What is going to happen with Nicky Spurgeon? To know what happened next in the story. Watch this film on Netflix.

Another American epic crime thriller film The Departed is directed by Martin Scorsese whereas the screenplay is done by William Monahan. This movie premiered on September 26, 2006, in Ziegfeld Theatre whereas in the United States the movie was released on October 6, 2006. This film is adapted from Infernal Affairs, a Hong Kong film by Felix Chong and Alan Mak. This movie starts with Leonardo DiCaprio, Mark Wahlberg, Martin Sheen, Matt Damon, Ray Winstone, and Jack Nicholson. The storyline is set in South Boston, where a cop named Billy Costigan, as he goes undercover to infiltrate the organization of a gangland chief named Frank Costello. What’s going to happen next? Watch the movie on Netflix to know!

If you must be aware of this movie, have you ever watched it? If not, then watch the movie on Netflix. An Indian action crime film Race 2, written by Kiran Kotrial and Shiraz Ahmed. This movie starts with Saif Ali Khan, Anil Kapoor, Jacqueline Fernandez, Bipasha Basu, John Abraham, Ameesha Patel, and Deepika Padukone. The storyline follows the life of a businessman named Ranvir Singh. He befriends Armaan who is a billionaire gangster in Turkey. However, Ranvir plotted revenge against Armaan, when he came to know that the girlfriend of Armaan was responsible for the death of his wife. Watch the movie to know the whole storyline.

An American documentary film Fyre: The Greatest Party That Never Happened, directed and written by Chris Smith. This movie is about Billy McFarland and the failed Fyre Festival of 2017. This movie was released in the year 2019 on January 18. Fyre: The Greatest Party That Never Happened is about the Fyre app, which helps a book of top musical acts and a grand music event is planned to mark its launch. Want to watch the whole documentary, w@¹atch the movie on Netflix.

Another con artist movie on the list is an American spy thriller film Body of Lies, written by William Monahan whereas Ridley Scott has directed the movie. This movie is adapted from a novel named Body of Lies by David Ignatius. The film starts with Leonardo DiCaprio, Golshifteh Farahani, Russell Crowe, and Mark Strong. The movie follows the life of a CIA agent named Roger Ferris, who made a bold and dangerous plan to capture a terrorist named Al-Saleem. Will Roger Ferris succeed to capture the terrorist? If you are curious to know then watch the whole movie on Netflix.

An American heist drama film 21, written by Peter Steinfeld and Allan Loeb whereas Robert Luketic has directed the movie. The movie is adapted from a book named Bringing Down the House by Ben Mezrich. The movie starts with Jim Sturgess, Laurence Fishburne, Kevin Spacey, and Kate Bosworth. The storyline follows the life of a boy named Ben Campbell, who is quite good as study and got accepted to Harvard Medical School but he cannot afford the tuition fee. So he joins a group of students who use their mathematical skills to win big. However, he was somehow seduced by his teammate. Will this change his life? Watch the movie to know!

One more American black comedy crime film is on this list, American Hustle, directed by David O. Russell whereas Eric Warren Singer and David O. Russell have written the movie. The movie starts with Christian Bale, Jeremy Renner, Louis C. K., Bradley Cooper, Jack Huston, Amy Adams, and Jennifer Lawrence. The story of American Hustle is about Con artists named Irving and Sydney, who are forced to work for an FBI agent named Richie. Watch on Netflix to know the whole storyline.

One more Indian movie is on the list Bunty Aur Babli, directed by Shaad Ali and written by Jaideep Sahni. The storyline starts with the biggest Bollywood stars Amitabh Bachchan, Rani Mukerji, and Abhishek Bachchan. It’s been so long since the film was released but the craze for the movie is still the same. On May 27, 2005, the movie was released. The storyline is about two ambitious dreamers named Bunty and Babli. In their ambitious journey be with them, watch the movie on Netflix.

Who doesn’t like Bollywood movies? Bollywood movies will make you laugh and another film on this list is Oye Lucky Lucky Oye, written by Urmi Juvekar and Dibakar Banerjee whereas Dibakar Banerjee has directed the movie. The film starts with Abhay Deol, Neetu Chandra, and Paresh Rawal. The story follows the life of a thief named Lovinder Singh, who is in custody. He reflects on his crime life. This movie will surely make you laugh.

When we are talking about crime movies, it will be impossible if there is no Korean movie on the list. A South Korean action crime film Master, directed by Cho Ui-seok. The film starts with Lee Byung-hun, Gang Dong-won, and Kim Woo-bin. The story is about an intellectual crime investigation team, who goes after our company named One Network. This company was involved in major fraud. The storyline sounds interesting, right? Watch the movie on Netflix.

Last but not the least, a South Korean heist film The Technicians, directed by Kim Hong-sun whereas Yook Kyung-sam has produced the movie. The film starts with Kim Woo-bin, Lee Hyun-woo, and Ko Chang-seok. The story of the movie is about a safe-cracker named Ji-hyuk, who lives quite a high life by stealing jewelry and antiques. However, he teams up with a genuine hacker named Jong-bae, planner Goo-in, and other fellow technicians and they plan to steal ₩150 billion. Watch the movie to know the consequences of their action on Netflix.

I hope you all must have had fun while reading this article. Must watch all these recommended movies whether you are into con man movies or not, I can assure you that you will love each movie mentioned above. Do watch the movies and let us know your reviews about the movies in the comment section. Till then stay tuned with ThePoptimes for more such articles about your favorite shows and movies!