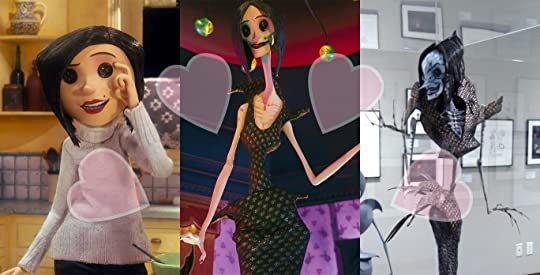 Some people like animated movies some do not. But then there are some animated movies which are love by everyone of animated movies or not. One such brilliant movie is Coraline which was highly appreciated for its amazing story and heart winning concept. It is an animated horror movie which was adapted from the book by Neil Gaiman of the same name. The series collected a lot of appreciation and praise from critics and the viewers. This movie won the hearts of people across all age groups. The movie is based on the themes of aloofness, abandonment, acceptance, discovering identity etc.

Since its release in 2009, fans of this movie have been waiting for part 2 to release. It’s been a very long since the release of this movie and speculations are being made that after a long gap of around 13 years the movie is being renewed for another part. You will also see some articles circulating on the internet which claim to have accurate information about the release date of Coraline 2.

How true are these claims? Is Coraline 2 actually releasing after all this time? If yes, then when is it going to release?

They must be tons of questions popping up in your mind right? Most of these articles make false claims which it becomes difficult for the audience to trust the authenticity of the information. Don’t worry, because we are here to clear everything up and let you know all the information that we have about Coraline 2.

The first movie was released in 2009 and since then the fans have been waiting for part 2 to release. There have been some rumors that Coraline 2 is releasing in November this year.

But let us inform our dear readers, that all these claims are false. There is no official announcement regarding the release of Coraline 2. Many sites also claimed to have the official release dates a few months back but the truth is that Coraline 2 is not due for release. This might have come as a huge disappointment to the fans but this is the truth.

Coraline 2 is not releasing and Neil Gaiman has also made confirmations about the same several times.

What might be the reason for Coraline 2 not releasing? Well, Neil Gaiman does not want to ruin the concept of the movie by creating something less good than the first movie.

MUST-READ| Back To The Future 4 Release Date Gives Fans A Bad News!

In the first movie, we saw the adventures of a girl named Coraline who, while exploring her new home, comes across a secret door behind which, there is an alternate world that is almost similar to her world and is even better in some aspects. She is having fun with her discovery until her other mother and the rest of the family in the parallel world try to keep her in the alternate world forever. Coraline then does everything in her capacity to make it to the original world.

Since there is no Coraline 2 coming up. If you see any article stating any information about the story of part 2 then it is absolutely a false one because as we mentioned above no thoughts have been given to making Coraline 2.

The story of Coraline revolves around the characters which include Coraline Jones, the protagonist, Bobo, Miss Spink, Miss Forcible, Jones, The Cat, The Other Mother, The Other Father, The Beldam, and The Ghose Children.

Since Corel line 2 is not in making there is no character list available for that movie.

There are various trailers available for Coraline 2 but they are all false ones. As we have mentioned before that neither the making has started nor are there any plans as of now to make Coraline 2, hence, there is no possibility of the trailers being available.

Where To Watch Coraline Movie Online?

This movie can be watched on Roku Channel, Prime Video, or Vudu. You can only watch Coraline on these platforms and not Coraline 2 because it is not due for release yet. There is no official announcement about the making or release of part 2, so you cannot watch it yet on any platform.

MUST-READ| Strange World Release Date Is All Set For A November 2022 Release!