After the shock departure from Real Madrid to Juventus of the legend Cristiano Ronaldo Transfer news. Now again he is on the verge of changing his club. In Juventus, he was brought to win the UEFA Champions League but in his 3 years tenure, he could not. Now Pirlo is sacked under whom Ronaldo was the center and Juventus have appointed Massimiliano Allegri as their new head coach who recently commented on the Juventus team that Ronaldo is blocking the growth of the team. Cristiano himself was not happy with the style of play under him in his previous tenure.

After the arrival of Allegri as the head coach he is not happy and wants to leave Juventus. As in his team Paolo Dybala will be the centre and he wants to make team around him. After his comments it is clear that Ronaldo will not get much time to play. In total the situation is not in the side of the Portuguese his Agent is already on work to look for the best option for Cristiano Ronaldo.

Ronaldo’s Agent Jorge Mendes is in talks with Manchester United for the fairy tale return. But United is willing to discuss more if Ronaldo will accept less wage then he is asking for as they want to sign Sancho who is costing around 100M.

In the latest interview Neymar said he wants to play with Ronaldo in his team. And the board already wanted to sign him from 2012 ,Now that he is willing to look for club it is their golden opportunity to grab him.

Georgina Rodriguez have told her friends that she loves Paris and wants to live there. But for now all things depends upon the decision of Cristiano Ronaldo and the club he will join.

The latest updates have come that Both the Portuguese Jose Mourinho and Cristiano Ronaldo had a chat on a phone call in which Jose has asked Ronaldo to join AS Roma and his tenure as he is now the head coach of Roma. Ronaldo was very good under him at the time when he was the head coach of Real Madrid. It could be as he has won the Player of the Season award for Juventus and has given him a confidence to stay but he is only willing to play champions league let’s see what happens next.

Paul Pogba wants to leave United after the defeat in Euro2021 final. He has a good relationship with Massimiliano Allegri and wants to join Juventus. Cristiano agent is in open talks with United for Cristiano Ronaldo return at Old Trafford as it could be swap deal. 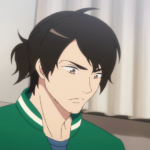 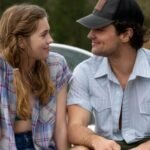