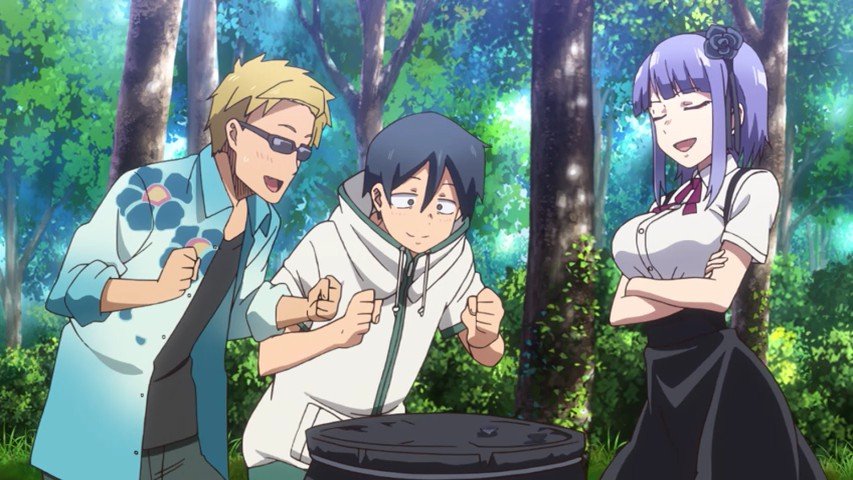 How are you all anime lovers? I hope you all are doing great and watching incredible anime series. Sometime back I came back with some articles about banging anime series, this time I have come again with another anime article, Dagashi Kashi which is wholesome with the genres Cooking, Slice of life, and Romantic comedy. Keep scrolling the article to learn more about Dagashi Kashi!

A Japanese manga series Dagashi Kashi illustrated and written by Kotoyama. The manga series was serialized in the magazine named Weekly Shōnen Sunday by publisher Shogakukan. The series debuted on June 25, 2014, along with 11 episodes, and wound up on April 11, 2018.  On January 7, 2016, the anime series was adapted by Feel. The series Dagashi Kashi has a total of two seasons together. But after season 2, all the viewers are hungry for season 3. But will their hunger be fulfilled? When will creators give green light to season 3? To untangle all these confusions, continue to read this article to know everything. Keep scrolling!

Season 1 of Dagashi Kashi is directed by Shigehito Takayanagi and produced by Junya Okamoto, Masato Mukōda, Yasuhiro Yoshimura, Junichirō Tanaka, Tomoyuki Ōhashi, Atsushi Yoshikawa, and Takaaki Nakanome. Under the studio Feel, the series adapted from the manga series of the same name on January 7, 2016, along with 12 episodes which broadcasted on BS-TBS, CBC, TBS, and Sun TV and finally wrapped up in the same year on March 31.

Under the license of Funimation and Madman Entertainment, the series was released in North America and Australia respectively. Almost after 2 years of season 1, viewers got another season by studio Tezuka Productions, which is directed by Satoshi Kuwabara and on January 12, 2018, on networks TBS, BS-TBS, and Sun TV, along with 12 episodes it concluded on March 30, 2018. Junichirō Tanaka, Tomoyuki Ōhashi, Atsushi Yoshikawa, Atsushi Chiku, Takaaki Nakanome, Yūsuke Terada, Kishō Tsurita, and Yasuyuki Nishiya are the producers of season 2. A long time has passed, since season 2 has come, but will season 3 come now? So, unfortunately, season 3 of Dagashi Kashi is quite unlikely to be released. But fans of Dagashi Kashi should not lose their hope as it is not canceled either.

The penmen of season 1 are Shigehito Takayanagi and Yasuko Kamo whereas Mayumi Morita has written season 2 of Dagashi Kashi. Most anime fans find the Slice of life genre kind of boring, but it’s not the case with Dagashi Kashi. In this series, you will laugh and be unable to refrain from watching the whole series. Let’s read out the storyline of previous seasons of Dagashi Kashi: the series follows a countryside shop which is quite well known by the name Shikada Dagashi, it sells cheap candy and snacks. Shikada Dagashi is run by nine generations of the Shikada family, but Kokonotsu doesn’t want to take over and work in that shop, despite that, Kokonotsu is aiming to become a manga artist. Will the dream of Kokonotsu come true? The storyline sounds interesting, right? To know more, watch the whole series as you won’t regret watching it and will laugh from start to end. Maybe we should not expect season 3 as the manga series is already over. Let’s wait until we get an official announcement.

To watch the trailer for season 3, we have to wait until the creators of the anime series give the green light to the series. However, the manga series does not have many volumes and it is already wrapped up so season 3 of Dagashi Kashi has low chances for its renewal.

Where to Watch Dagashi Kashi?

If you haven’t watched the previous seasons of Dagashi Kashi or want to watch it again, then for the anime fandom it is streaming on Hulu. Do watch and let us know your reviews about the series in the comments section. Till then stay connected with ThePoptimes for more such articles about your favorite shows!