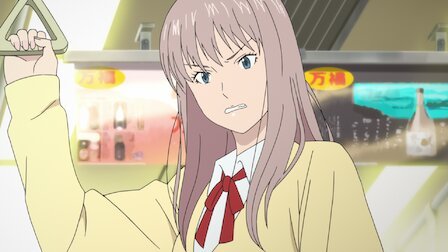 Since it first began serialization in 2013, the Days manga has become extremely well-known. As a result, its anime adaption became popular as well. Days Anime Season 2 has not been renewed by Studio MAPPA, despite its strong performance. Is there any chance it’ll be released? What will this sports anime’s future hold? All of your burning queries have been answered here. Tsuyoshi Yasuda’s sports manga has captivated thousands of otakus for years. He has published a total of forty-one volumes as of 2020, and the series is still going strong. Days manga series earned several accolades during its initial run, including the 40th Kodansha Manga Awards in the shonen category. As a result of its success, Studio MAPPA decided to adapt the story into an anime. Between July and December 2016, the television anime series broadcast 24 episodes.

The clamor for a sequel exploded soon after Season 1’s conclusion episode aired. Even after the first season, the anime’s story was incomplete. As a result, fans were eager to find out what would happen next. Fortunately, the creators stated that they would finish the story. In fact, Crunchyroll announced in a tweet that the Days anime will be renewed for a second season.

Crunchyroll, on the other hand, misreported the news, and the anime will not have a second season. Later, the studio addressed their mistake and announced that the sequel will be released as three separate anime DVDs (OADs). For the Last Days anime project, they also issued a teaser promo and visual. As a result, the three episodes were released on March 16, May 17, and July 17, 2018, respectively, by Studio MAPPA. They completed the anime’s tale and concluded all of the remaining plotlines. As a result, the popular sports anime has come to an end, and there may not be a Days Anime Season 2 in the future.

Despite the fact that the show has been canceled, Days Anime Season 2 continues to pique the interest of many people. There is still hope for the anime’s return, given the high desire for new content. Many promising anime projects have recently been resurrected. They do, however, frequently reappear in the form of reboot series or anime films. As a result, the odds of a sequel will stay good as long as fans are enthusiastic and demand another project.

As of now, the anime’s official status confirms that it has been canceled. As a result, until another studio buys it up, Days Anime Season 2 has a slim possibility of returning. On the other side, there are a lot of options for a reboot series or an anime feature. However, getting the green light on these projects might take a long time. As a result, fans may not be able to see any Days projects for several years. According to current circumstances, the release date in 2022 appears to be the most likely. For all future developments, keep an eye on this section.

ALSO READ| How To Watch Naruto In Order?

Days chronicles the trials and tribulations of Tsukushi Tsukamoto, a shy, awkward, and bullied adolescent set to enter high school. He enrolls at Seiseki High School in order to be with his childhood buddy and neighbor Sayuri Tachibana, who is a year his senior. Tsukushi is saved by Jin Kazama, who scares away the bullies by hitting them with nunchucks and declares himself a vagabond and lost in town, much as he gets bullied after visiting Sayuri at her business. Jin then asks Tsukushi whether he enjoys football and invites him to join him for a futsal match the following night because his team is short one player.

In Days, Tsukushi is a high school freshman who represents Seiseki High School as a forward. Tsukushi, despite his clumsiness at first, demonstrates incredible endurance and effort, allowing him to become an indispensable member of the squad.

Jin Kazami, like Tsukushi, is a freshman at Seiseki High School and also plays as a forward. Jin, on the other hand, is regarded as a genius footballer, tall, good-looking, eccentric, and immensely popular and extroverted, unlike Tsukushi. Before meeting Tsukushi, he likewise appears aloof and unmotivated. Well there are more side characters names Sayuri Tachibana, in rivals this anime has Kaoru Indou, Shuuji Narukami, Takumi Hoshina. And these are the main rivals.

MUST READ| K Anime Watch Order, Fillers, And Everything To Know!