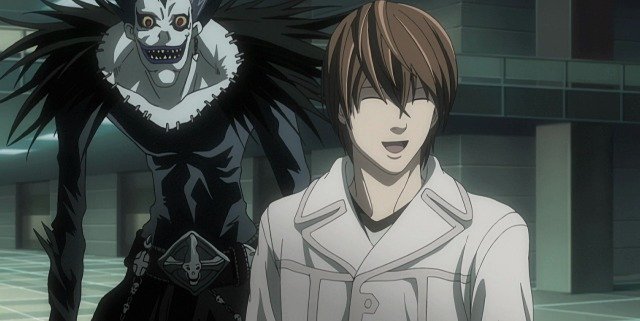 I am back with another interesting topic for you. This is an anime adapted from a manga series. Later a film was made and we also have a Tv series made out of it. In 2007 the series was created, under the license of Viz Media.

Today we are going to talk about anime. I hope you are familiar with the anime or the movie or even the series for that matter. If not then it’s not a problem we will lead you through the journey. This is going to get really interesting. Tie your seatbelt as it’s about to start.

First, I would like to talk about the anime, then gradually we will get onto the following characters. Okay? Then here we go!

The Japanese fall anime made its debut in 2006 and completed its airing by 2007 with 37 episodes in total. The runtime of each of the series is 23 mins.

The mystery, supernatural, psychological shounen anime has been ranked under #67 and scored the #2nd position in popularity in My Anime List (MAL).

With a rating of 9 from IMDb and 8.63 from MAL, we can well witness the fact that the anime is indeed very famous and popular. And not to forget the fact that the manga is a best seller too. The anime went for a nomination and has 2 wins.

With an audience upvote of 4.9 out of 5, the crime anime is available for only one season and is a must-watch for all.

What happens when a high school student discovers a notebook on which if written the name of a person, the notebook kills that individual. Will he use it to take revenge or hide it from the world?

The suspense, twist, and surprise will keep you on your toes and make you wonder what will happen next. You will keep wanting for more until you will realize that you have reached the end of the episode.

So, without further ado watch the anime now!

A small warning folks: Spoilers Ahead of you!

So, if you are ready, we will begin!

Whenever I personally think of this character, I can feel a chill running down my spine. He is a typical character who quickly transformed from a high school student to a serial killer. In the beginning, he only used to punish the criminals but later he started killing the innocent too, in short, whoever crossed his path and discovered his identity or dared to get in his way.

I feel it is even astounding that he escaped through his manipulations and constant lying throughout the entire episode. So, meeting his end was in all probability inevitable.

He is one of those characters who from a hero transforms into a villain.

Okay, so he is one of those characters who started from zero. From an inexperienced detective slowly, he improves his skill and gets aware of his shortcomings. But in spite of all these, he would take the risk knowing the danger that lies ahead.

He is very loyal to Light’s father. Down to earth and of those few people who never tried to manipulate Misa. Being a kind-hearted person he would have done anything to protect his mentor’s son if it was not for the betrayal.

You can call him the antagonist of the show. His back-and-forth challenges with Light plus his wit and strategy in the battle will always keep you on edge. The duo always made the show an interesting watch for its viewers.

He always kept Light wary of him because of his nature and strategic mind. But I at least was kinda upset when he met his end, especially even after so much he could kill Light in the end, but met his very own end.

But if we closely note the fact that Light had to take all measures and go at such a length in order to defeat him proved his adversity. What do you say?

I was equally shocked and surprised at how well the dark secret of light could be kept away from him even on his deathbed. It was truly haunting to see how a father was desperately looking for his son and even when he discovered he is a criminal it didn’t affect him at all.

Even on his deathbed, he refused to write the name of Mello is what gave it a shocking end for us. Although in the end, it cost him his own life.

She is a shinigami who is very close to Misa. She even went to the extent of killing both L and Watari in order to save Misa. Her relationship with Misa is really unique and for her purse, as she went to the level of every extent for her.

Aside from her brutal honesty and also her stoic personality, her feelings for the pop star till the very end deserve some appreciation. At Least I feel so.

He has a fairy humanoid appearance and is a shinigami. Bored in his own world he drops a death note for his seer entertainment and fun which was discovered by Light later on. It was he who stole the second diary of the Death Note and dropped it in the human world for someone’s discovery.

And we all are aware of how Light discovered it, and then what happened afterward. He truly made an attempt to cleanse the world thus fulfilling the entire purpose of Ryuk’s entertainment.

He is a lot different from other Shinigamis in his realm. He finds his realm really very boring and hence is always on the outlook of entertainment. He takes the mocking of other shinigami very lightly.

Also known by the Mr. Delete arrives much later in the anime. We can call him a proxy character for Kira who appeared when Light tried to divert his attention from others to himself.

He had a huge obsession with Kira and he was zealous when it came to erasing evil people from the world. We could see him writing a long list on the notebook of those whom he wanted dead, that’s why he also goes by the name of Mr. Delete.

If you have found the scene where he writes down multiple names in the notebook funny then remember that he held a huge power and the reason why he was given so is known to you and I am not repeating myself again.

Although many of you may have found her presence really irritating. But later on, as the series continues, we could see how she was treated. Her gullible nature was used by Light and others as they played and toyed with her feelings.

She is an upcoming model and also a supporter of Kira who we all know later became the Second Kira. She was really grateful to the person who wrote the name of the murderer who murdered her entire family. She decided to find that person and serve him wholeheartedly as a token of appreciation and kindness.

After she traded her Shinigami eyes, she discovered that he is none other than Light. She then decided to help him through thick and then and even use her eyes to discover L’s real name.

He comes in the much later part of the series, especially after the death of professor L. He became overly obsessed in order to find Kira’s real identity and later this obsession and his high IQ to solve the problems on his own proved his capability. He even wanted to go to the depths of becoming the New L.

This obsession of his eventually put him to his death. But even after all these he indeed helped in defeating Kira but he couldn’t have the last laugh as he died.

He is the last character on today’s list. You can call him L’s exact carbon copy. Although an obnoxious character, he was quite unique in his own way.

He is very intelligent and clear, it was evident when he laid out how to catch Light. He even solved many mysteries with ease which was even impossible for his predecessors.

But sadly, he never had a story of his own. So, we can call him a character the same as L but with a different skin.

That’s all folks, here is the list of all the characters that you can find in the anime.

Where To Watch Death Note?

You will find the anime on; Crunchyroll, Netflix, and Funimation.

So, you go and enjoy the anime as I slowly say Sayonara and take my leave! Go through the article and then make sure to watch or rewatch this amazing creation, Death Note.