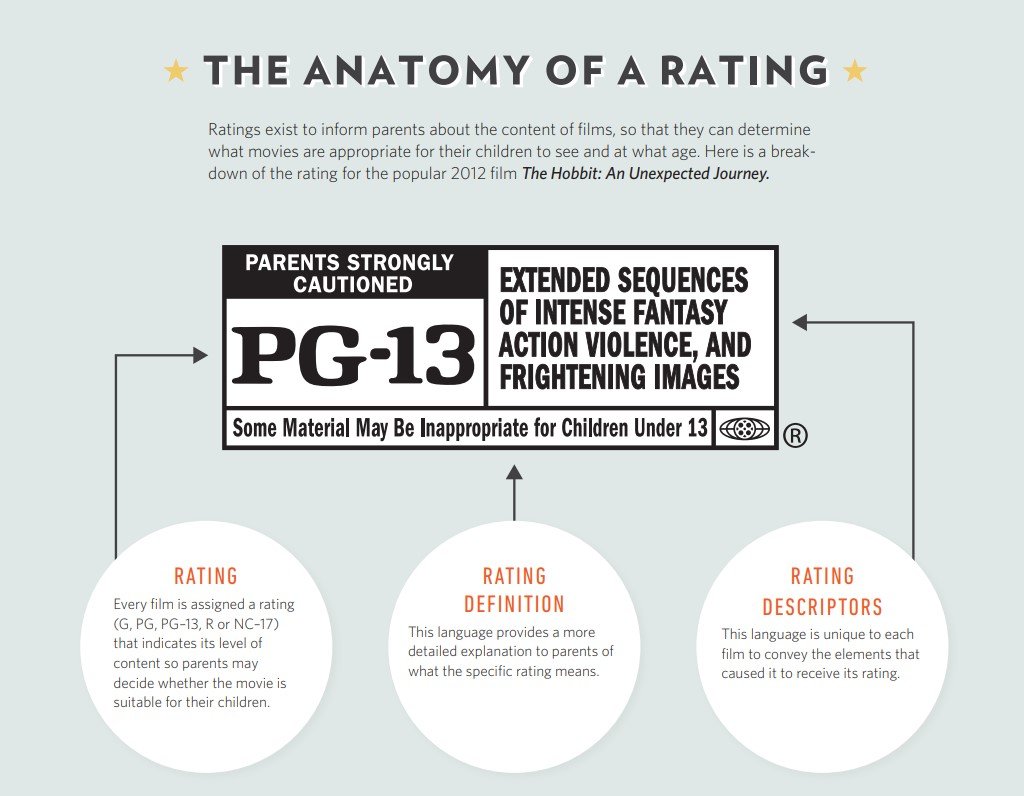 You must have wondered how are the movies rated and on what basis are the ratings given. The ratings that you see on a movie are given to provide information to parents of the world about the content of the movie. This helps them decide in advance whether or not the movie is appropriate for their children. As parents know best how well their children react to the media. Ratings do not tell you if the movie is good or bad, they are just there to give an idea about the content of the movie to the parents.

The Current System Of Movie Ratings

As of 2022 there are 5 categories for movie ratings which are General Audiences, Parental Guidance Suggested, Parents Strongly Cautioned, Restricted, and NC-17 Adults Only.

Movies have a content description which allows them to explain their rating and what type of content is there in the movie. It is a description of the rating that they received. The Rating system needs a better age-segregated rating category. It is important to rate movies since we never know how the young ones are affected and how they perceive the movie.

In a movie rating, there is one big rating box that has letters representing the Category of the movie (G, PG, PG-13, R, NC-17) along with this there is a descriptor to the right of the rating box.  The movies use this space to explain the reason for their ratings. Last, there is a rating definition that is below the rating and explains what the rating means.

On What Basis Are These Movies Rates?

Taking into account all the factors above the final rating for a movie is decided by the board.

The Process Of Rating Movies

When the producers finalise a movie, they send the movie to MPAA to get their rating. As MPAA is a self-funded organisation the producers have to pay a price to get a rating. The movie is then reviewed by the board. The people on this board are parents and are chosen by the MPAA to represent the majority of parents. This process that two weeks and after that the directors are given their ratings. If the director is unhappy with the receiver rating they generally cut or reshoot some scenes and resubmit their movie to get the desired rating.

Why Is The Rating System Criticized?

There has never been a case when a movie is satisfied with the rating it received. People have criticised the rating board for falsely rating their movie R due to sexual content and giving other movies pg-13 ratings even with extreme violence.

Who Is Responsible For Rating These Movies?

The movies are rated by a board of members and all these members are parents. They are chosen by CARA Classification and Rating Administration which is a self-funded organisation established in 1968.

Do Ratings Indicate If A Movie Is Good Or Bad?

No. The movie ratings are not an indication as if the movie is good to watch or not it is just a reference for parents. It gives parents an idea about the type of content that the movie holds and if they feel it is okay for their children to watch.

Do The Ratings Affect A Movie’s Performance?

The ratings given to a movie affect the movie in one way or the other. There have been cases where the ratings given had an economic effect. As for an NC-17 movie, the options for advertisement decrease as some refuse to play the movie and many newspapers don’t advertise them. As a result of this producers don’t submit movies for getting rated. Generally, they cut and edit movie scenes to avoid getting an NC-17 rating.

As A Parent, Where Can I Find A Movie’s Rating?

READ MORE: Who Is Yoo Hye-Yeon And Why Is She Famous?

Rating Of Advertisement And Trailers

It’s not just the movie that is rated, along with the movie all the trailers and posters and other promotional media is examined and rated. Trailers are allotted rating cards which are shown at the start of the trailer.

Which Is The X Rating?

The X rating has been replaced by the NC-17 rating in 1990. Since the X rating became synonymous with Pornography It had to be replaced.

The rating system is bound to be a hot topic as long as there are people who are concerned about how the media affects the youth and children. So, check the rating of a movie beforehand and then decide if it is okay for the children to watch or not.