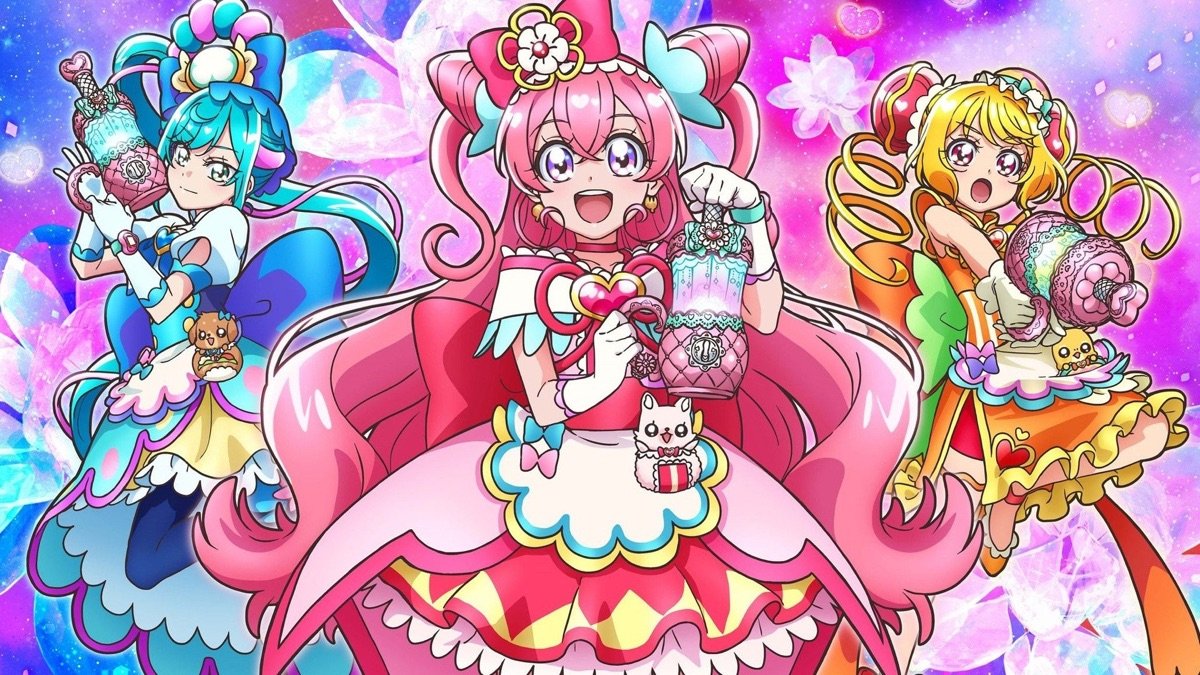 Delicious Party Pretty Cure is a magical series based on cooking, cuisines and a lot of fun elements. It has been created by Izumi Todo who has also written the manga on which it is based. The manga has been illustrated by Futago Kamikita. It started in 2022 after the release of the series. The series premiered first in February 2022. It is directed by Toshinori Fukazawaand written by Sawako Hirabayashi.

Now you must be thinking that this is a pretty new show so it might not be very famous. But let me tell you that it is indeed quite popular and is gaining attention rapidly which is why we had to come up with this article that will talk about the release of the next episode requested by the fans. So, get to know about the release date and a lot of things about the series in this article. Start scrolling.

All of you who have been curious to find out when episode 24 of Delicious Party Pretty Cure is releasing then let me tell you that I have gathered all the information about the release including the official date of its release. Episode 24 of Delicious Party Pretty Cure is releasing *drumrolls* on August 27, 2022. You read that right it is releasing very soon but not too soon that you won’t be capable to catch up on the episode if you have missed some. So, mark the dates in your calendar in order to get notified on the day it releases, and do not miss the exclusive watching experience.

Toshinori Fukazawa-directed anime series Delicious Party Pretty Cure is a story that revolves around the Kingdom called CooKingdom. This kingdom has the responsibility for all the dishes and cuisine in different worlds. This being said, there is one thing that kingdom has as their treasure which has been stolen. The treasure is the Recipe-Bon and it has been stolen by a clan of thieves called Bundle Gang. They have stolen it because they want to capitalize and monetize the world’s cooking solely for themselves. This, they have done by getting hold of Recipes who are cooking and are the representatives of the different cuisines all over the world.

Now there is a dire need to stop this clan and for that purpose, three energy fairies were sent to the human world in Oishiina Town. These fairies on reaching get to meet Yui Nagomi, Kokone Fuwa, and, Ran Hanamichi. They join hands together and become Pretty Cures and are on the mission to stop the clan of thieves called Bundle Gang from their motive of stealing and capturing. Now whether they will be successful or not is something you can only find out, once you watch the series and read the manga yourself.

The popular magical anime series Delicious Party Pretty Cure includes an interesting list of characters with unique characteristics and features making the series interesting as well. The characters are divided into different categories. The first category is Pretty Cures which includes Yui Nagomi, Kokone Fuwa, Ran Hanamichi, and, Amane Kasai. The next category is CooKingdom which includes Rosemary, CooKing, CooQueen, Fennel, and, Recipes. The Energy Fairies is another category that includes Kome-Kome, Pam-Pam, and Mem-Mem. Then there are Cook Fighters which has Takumi Shinada. Another category is Bundle gangs which have subcategories that include Leaders, Generals, and Monsters. The leaders include Godatz, Generals include Secretorm, and, Narcistole and Monsters include Ubauzo.

The series also includes another group of Cures’ Family Members which includes Akiho Nagomi, Hikaru Nagomi, Yone Nagomi, Hatsuko Fuwa, Shousei Fuwa, Koshinosuke Hanamichi, Tsurune Hanamichi, and, Yuan Kasai. Last but not least there is Shinsen Middle School which includes Wakana Tamaki, Iroha Endo, Tomoe Honma, Shinpei Takagi, and, Moe Yamakura. Apart from this, there are some other characters that bind the series together including the narrator of the series, An Shinada, Monpei Shinada, Todoroki, Saki Matsuyama, Yosuke Minato, and Ase Sakurai.

If you like what you read and have made up your mind to watch the series or cannot wait anymore to watch the new episode and want to know the platform it is released on then let me give you the details. The series is exclusively available on Crunchyroll for streaming. So, if you haven’t watched the series yet then tune in now so that you can catch up with the new episode on time.