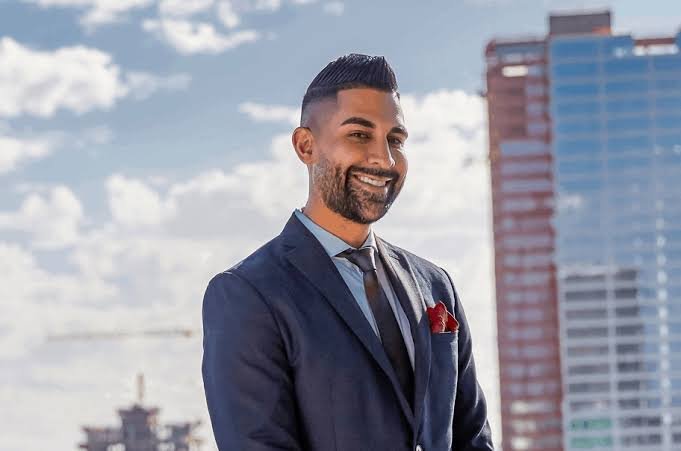 If you follow Dhar Mann on social media then you must love his motivational and ethical videos. Dhar Mann is not only an established social media influencer but also a successful entrepreneur. His company LiveGlam is a successful beauty and lifestyle company. So have you ever wondered how much Dhar Mann’s net worth is? If you have then we have the answer right here. In this article, we have brought to you all the details you need to know about Dhar Mann and also his net worth.

You’d be surprised to know how successful he is at such a young age. As of 2022, Dhar Mann’s net worth is more than $150 million. The main contributions to his net worth are from his company LiveGlam, Dhar Mann Studios, and his online content and real estate business. So let’s take a look at his extensive career that enabled him to reach such a huge net worth.

To gain a net worth of $150 million Dhar Mann has indeed worked really hard. Coming from a family of businessmen, he knows very well how to run a successful business. And he utilized his skills from a very young age. When he was in college he successfully started his real estate business and became financially independent from his family.

However, he faced severe losses during the mortgage crisis and like many businesses, his real estate business was also lost. Apart from his real estate venture, Dhar Mann also started a retailer of cannabis-growing hydroponics, weGrow. However, the company was shut down too. Then he was reduced to living on the streets from his luxurious homes.

Read Also: Which BTS Member Is The Most Popular In India? Can You Make A Guess?

Dhar Mann was charged with thirteen counts of felony and fraud for defrauding a city beautification program. The program was being conducted under his real estate company MannEdge Properties.
These lawsuits cost him five years of probation, a $10,000 fine, and restitution. Not to mention his spirit was shattered completely. However, soon he turned the tables.

Not giving up on himself and his dreams he started his cosmetic and beauty company LiveGlam. And the company was indeed a success. Along with his wife Laura, they turned the company into a phenomenal success earning a revenue of $20 million in just two years.

Another notable mention is his social media career. He is followed by more than 60 million people on all his social media platforms, including Youtube, TikTok, and Instagram. He has also been featured as the second richest YouTuber just after Jeffree Star.

One of the most influential social media presence is Dhar Mann. He was born on May 29 1984 as Dharminder Mann to Surinder and Baljit Singh Mann. His parents are immigrants from India who came to the United States and started a cab business. Dhar Mann has a brother called Harmit Mann. They are the founders of Friendly Cab which is based in Oakland, California. After the success of the cab company, they also moved on to own several real estate companies.

However, initially, they faced a lot of poverty, and Mann recalls growing up in a one-bedroom apartment that they shared with three other families. Dhar attended a public school due to financial hardships but excelled in his studies. He went on to attend the University of California and completed his degree in Economics and Political Science. After completing his studies, he ventured into business following in his parents’ footsteps. He started his cosmetic brand LiveGlam. Thus started his journey into stardom.

When it comes to Dhar Mann‘s personal life, he is currently married to long-time girlfriend Laura G. Previously, Mann was in a relationship with Lilly Ghalichi in 2014. Lilly is a well-established businesswoman known for her participation in the reality show Shahs of Sunset. However, the relationship did not last long.
And in 2015, Mann met Laura Avila.

She was a model in one of the shoots for Mann’s company LiveGlam. Sparks flew the moment they met and they started off as good friends. Soon they got into a relationship and Laura became the co-owner of LiveGlam. After being together for four years, Mann proposed to Laura in Paris. Soon after they got married and had their first child in 2020. Then the couple welcomed their second child in 2021. They are blessed by their two lovely daughters Ella Rose and Myla Sky. Currently, the happy family of four resides in a mansion in Calabasas, California.

Read Also: Karol G Net Worth: How Much The Singer Earns?