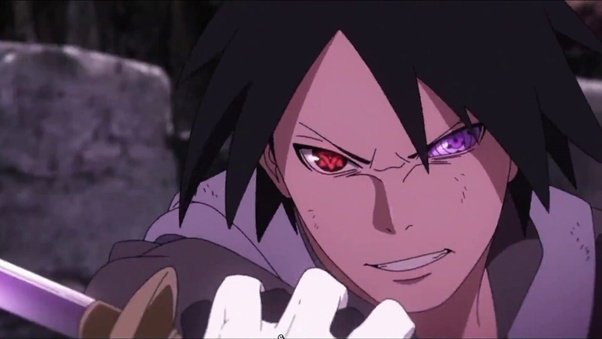 The next generation is a Japanese series written by Ukyo Kodachi and Masashi Kishimoto. Based on a manga series. It is produced by Pierrot and broadcasted on TV in Tokyo under the direction of Noriyuki Abe. Despite being on the manga series, it portrays the original storyline. The story opened with the scene of Boruto facing a foe known as Kawaki at the time of the destruction of his village. The reason behind this is Boruto, the son of Naruto follows his father’s dimensions along with his friends to fulfill his dreams of becoming a great ninja like his father. Throughout, all the adventures and actions he has been portrayed as a determined boy to fit his benchmark in the ninja world and to rise even brighter under his father’s shade of pride.  This is how the manga proceeds as the retelling of purposes in Boruto.

Boruto got 1st premiered on TV in Tokyo on 5th April 2017 and it aired every Wednesday at 5:55 pm. Then after it started with an episode (56) on 3rd May 2018 at 7:25 pm, Thursday. After its success and high demand, it started with its next episode that is episode 76 on the 7th of October of 2018 which was used to air on Sunday at 5:30 pm. It is being released on DVDs as well. Later, the series got licensed from Viz media on March 23rd, 2017. Finally, it got declared that episode 155 would delay due to the ongoing Covid-19 Coronavirus pandemic. After two months of absolute halt, the onwards episodes resumed from the 5th of July 2020.

Does Sasuke Die in Boruto?

When Kawaki stated that he will be sending where he sent the Seventh Hokage it gave an implication that Naruto to out of commission somehow does not include the fact whether it is dead or locked. It only makes sense to think Sasuke suffered more or less a similar situation.

MUST-READ: Is Boruto Worth Watching?

Chapter 54 it has shown the victory of the leaf village groups. Isshiki was defeated and Momoshiki was suppressed within Boruto. After using Baryon mode and getting out from the exhaustion of the secret that is exclaimed by Karuma would kill them both if applied. After an anticlimactic portrayal, it seems Karuma was lost. If Naruto would have known the fact that only Karuma was going to lose their life, Naruto would never have been agreed. From which the conclusion had been drawn that Sasuke does not die in Boruto. The Boruto series is yet to lose the old generation characters but no adult has been called to be dead so far.

Boruto: The next generation has followed the steps of Naruto and continued with the previously casted enormous characters and proceed with many more new characters which include:

The lead character (Baruto) the son of Naruto was played by Amande Ceiline Miller, who is a voice actress of America. The other important character is Sasuke which has been played by Noriaki Sugiyama. He brought a turning point in the anime with a question of curiosity over his death in the anime Boruto. Several other casts like Robbie Daymond as Mitsuki. Maile Flanagan as Naruto Uzumaki. Erica Mendez as Denki Kaminarimon and many more are on the list.

Trailer of this huge and ever-lasting anime gave a sense of evolving the story of Naruto and left people with a lot more excitement and curiosity regarding Boruto.

MUST-READ: Is Blast Stronger Than Saitama?