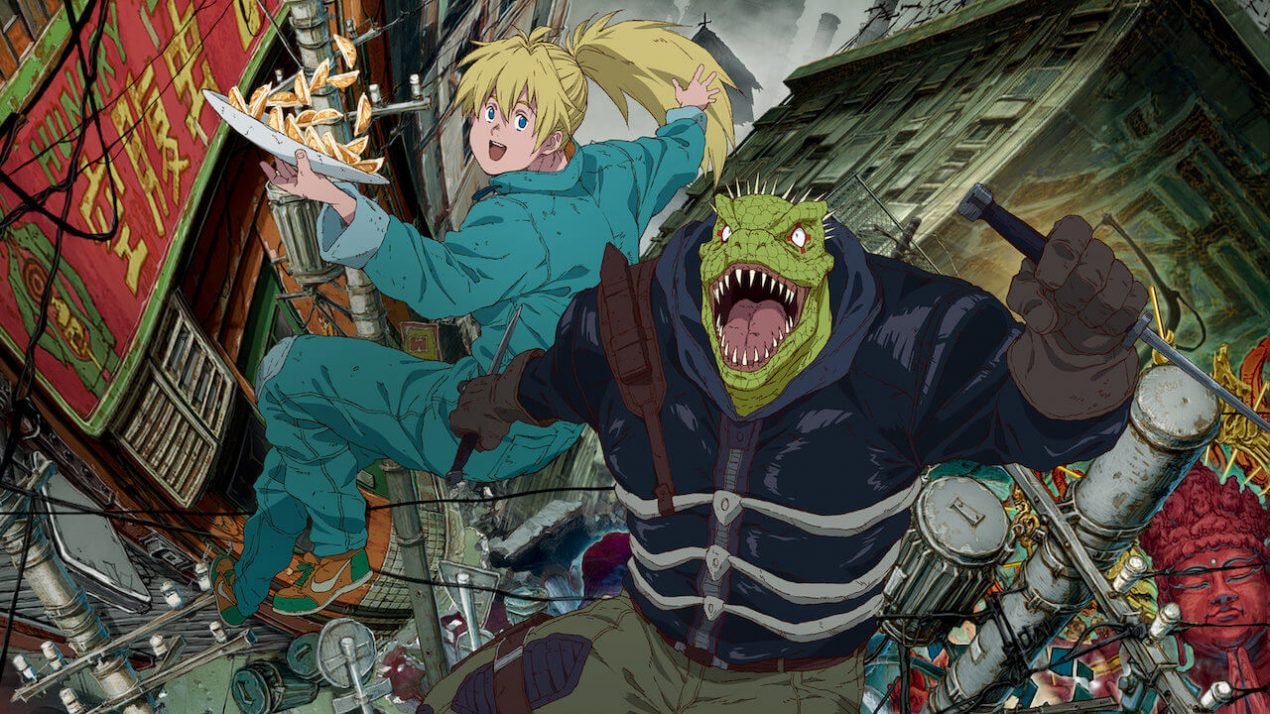 A blood-boiling action-packed series filled with bone-crushing combat and unsightly carnage. If you are looking for something violent wrapped with dirt and carnage this is the show for you. However, violence isn’t the only thing these series have that needs to be mentioned.

Might sound unusual but this blood-drenched series also has a humor-filled side to it as well that gives a unique entertaining twist to the plot. The world set up and well-written unique characters just add the right amount of the edge this series needed making it an entertaining rollercoaster ride for the viewer. ‘

However, it should be kept in mind that the series despite having a light-hearted touch to it is filled with ravenous carnage and blood bath which might be extremely unsuitable for certain viewers. And studio MAPPA has again shown their animator’s caliber with a dazzling animation quality which just adds to the charm of the series. Now, fans are waiting for the Dorohedoro Season 2 release date, and here, we will tell you everything.

Adapted from the manga composed and illustrated by Q Hayashida, the anime series so far has only 1 season. There is no news regarding the release of Dorohedoro Season 2 for now but fans are eagerly waiting to dive more into the world of Dorohedoro.

As of now there is no Dorohedoro Season 2 Release Date.

The blood-boiling anime series follows a unique plot filled with unpredictable twists and turns. The series is based in a supernatural world filled with cruelty, brutality, and insanity. The story revolves around in rickety district named Hole.

Even though the name “Hole” seems extremely offbeat and unusual for a place but thanks to the nasty lifestyle of almost every local there and the decapitated condition of the district which is so loathsome that the name suits perfectly to the place.

The series has a supernatural theme to it which is only for the magic users who take ruthless advantage of their special abilities on the helpless dwellers of the Hole. The hole is located in a different dimension which can be only accessed by outsiders like magic users for their magical abilities. Law and order can only be something you can dream of in a place like a hole. Here, getting murdered is more common than people visiting restaurants or so. No street, no lane, the alleyway is safe from the grim darkness filled with blood and carnage that surrounds the Hole.

Magic-users who happen to travel to this gruesome realm only to kill time, practice their magic, or experiment on the defenseless inhabitants of the Hole and don’t even blink an eye before murdering, disfiguring, or doing something far worse to these inhabitants for the sake of their motives. Magic users consider these inhabitants only as insects or bugs which are meant to be squashed. All these ruthless practices done by the magic users have greatly impacted the environmental equilibrium of the Hole yet the magic users don’t even bat an eye to such things. Every day the hospitals and streets of the Hole reek of dead bodies and victims of the magic users.

MUST-READ | Only Murders In The Building Season 2: Will The Show Return?

We get to follow the life of Kaiman, an inhabitant of the Hole who happens to have ahead of a reptile with a more or less enthusiastic demeanor. The story takes off Kaiman all confused and in between conflicts between him and himself. He used to be an entire human once with a head of a human just before an unknown Magic-user experimented on him which caused him to lose all of his memories, cursing him with the reptilian head and other complications. Now even devoid of all of his memories from the time he was human, he often sees flashbacks and nightmares that he believes connects him with his past. He then along with his female companion Nikaidou, sets out to find the Magic-user that did this to him and get his memories, human form, and past life back.

Kaiman- Wataru Takagi, who is a widely acclaimed Japanese voice actor from Chiba, Japan provides the Japanese voice for Kaiman. He is famous for his roles as Kenji from the Initial D series and Onizuka Sensei from the Great Teacher Onizuka series. He was born on Jul 25, 1966.

Nikaidou- Reina Konodou from Chiba Prefecture, Japan plays the Japanese voice for Nikaidou in the series. She recently played the role of Sakura from the Horimiya series and Ruby from the Dr. Stone series. She was born on Jan 28, 1999.

The second season of Dorohedoro has no trailer available as of now. The first season is available on Netflix.