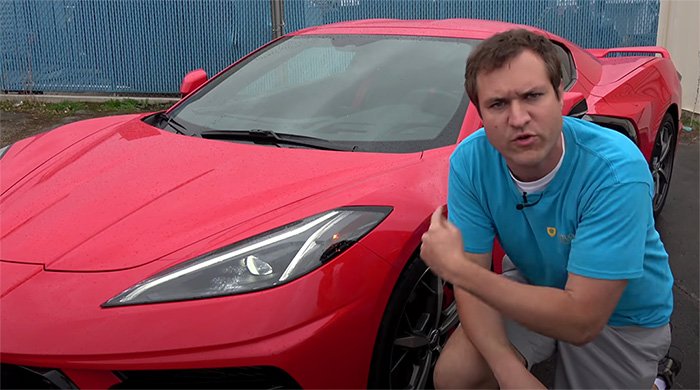 Doug DeMuro is an American YouTuber, his YouTube channel is dedicated to Car-reviews. The YouTuber has mostly worked on and is working on car/automobile-related works. His YouTube channel has around 4 million subscribers. Aside from being a YouTuber, Doug is also a writer, a businessman, columnist, etc. He has published 3 books to date, one of them being an e-book.

He has an online business, a website called ‘Cars & Bids’, where people can take part in vehicle auctions, both as a seller and a buyer. The business was first launched in 2020 and is still going on. Before the business, Doug used to work as an editor and a writer for a Car blog called ‘Oversteer’ but he left the job in 2020 and started his business. He has also written articles for other blog sites such as ‘The Truth About Cars’, a car-related blog, and another one called ‘Jalopnik’ which is also focused on cars and automobiles in general.

Read on to find out DeMuro’s Net Worth below and keep yourself updated on your favorite celeb here at @Poptimes.

Doug has a Vehicle auction business with around 4000 vehicles listed automobiles. It is a successful venture. His YouTube channel has around 4 million subscribers with most of the videos getting a million views. Doug also has another YouTube channel (More Doug DeMuro), which posts more Vlog-style videos and unlike his first channel, some content is car-related while some are not.

All in all, he gets good revenues from YouTube. In addition, he also writes books such as ‘Bumper to Bumper’ etc, and is also a writer for blogs. He has his blog page named ‘Play With Cars’, which is also the title of his first book. Doug is a real car enthusiast. He does not do it just to make money (which is one reason), however, the YouTuber is genuinely into cars.

All of that combined and his properties and holdings give an estimated net worth of 10 million dollars for Doug DeMuro. His annual salary is not quite clear.

READ: Kyle Thomas Net Worth: How Much The TikToker Earns?

He was born on May 22, 1988, in Denver, Colorado. His parents’ identity and information are not known clearly. Anyways, Doug attended George Washington, High School in Denver. For further studies, he attended Elmory University in Atlanta, Georgia. There he pursued and graduated with a degree in Economics. Doug used to be a Resident Advisor while at the university. That is also the period when he met his current wife.

Doug DeMuro’s first job was at Porsche Atlanta headquarter where he was employed as a Vehicle Allocation manager. However, in 2013 he decided to focus more on his stuff. He left the job and started his writing journey by writing for Automobile focused blogs. And around the same time, he even created his YouTube Channel which is again an Automobile-focused car-review channel.

Doug met his current wife Joanna while they were at university. He married her and their relationship has stayed for a long time. They are still strong as married couples. The marriage took place in the Year 2017 which makes it about 6 years of marriage. Since then, their relationship has been said to have faced a lot of difficulties that naturally come after marriage. However, due to their love and care for each other has been able to deal with them.

In 2021, they finally had a child, their 1-year-old son. Before their son, the couple had suffered from two miscarriages. Although their son was technically the third child, however, they treat him as their first. The 2 miscarriages made the couple suffer and made their married life greatly difficult. However, the bond between the couple was much stronger, which did not let the marriage break.

Before, Joanna, there is no information known about Doug’s dating history. His wife is a very private person, unlike Doug who is comfortable being in the public eye. Therefore, there is no information available on Joanna’s private life. Also, they have shared that, if their lives are open to the public, it can cause controversies and unnecessary stuff which may be toxic and result in real issues in their lives. This is why they prefer to be private as much as possible.

Doug DeMuro lives in San Diego, California currently with his wife Joanna and their 1-year-old son.

READ: Is Cara Delevingne Single? Is She Dating?