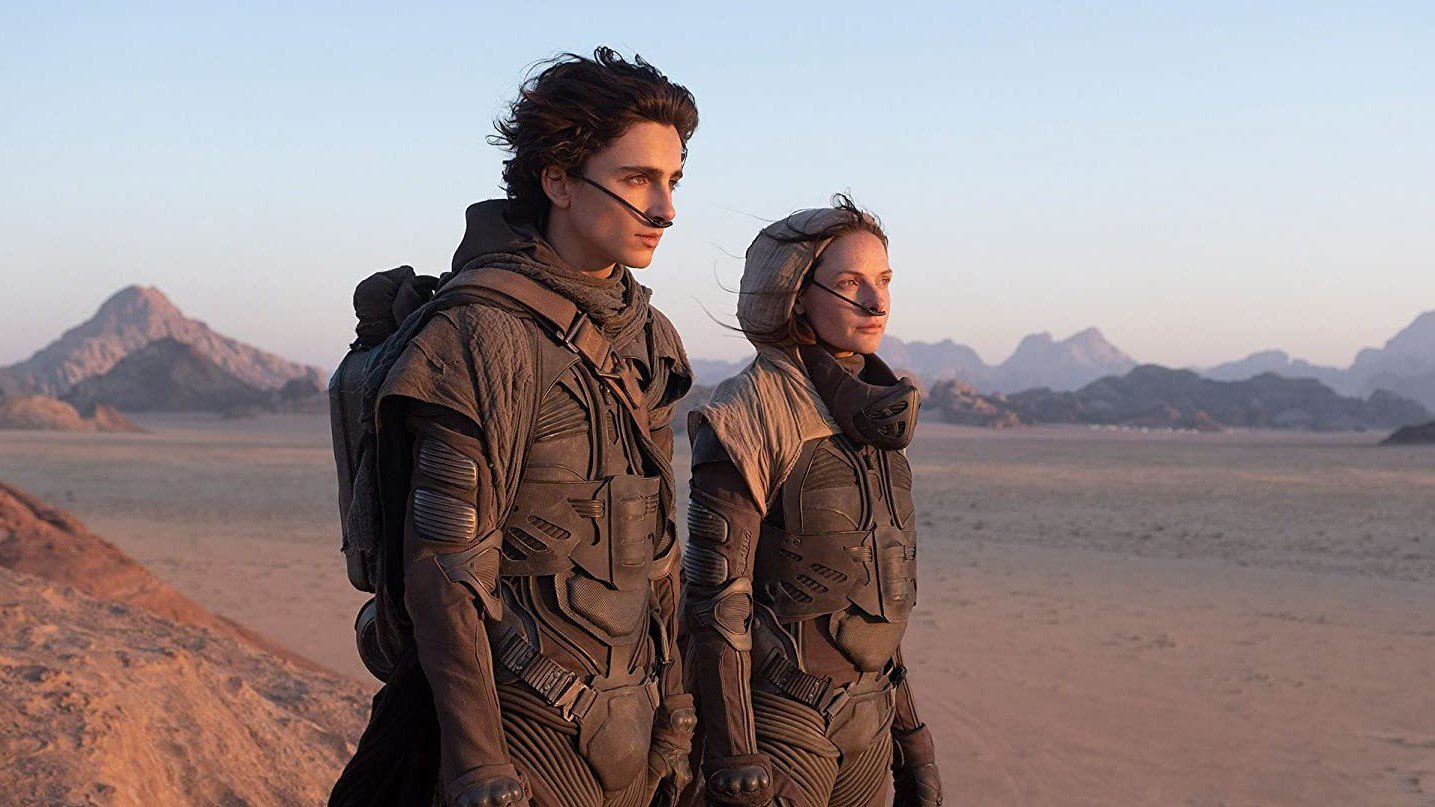 Movies are always interesting and breathtaking when their genre is mystery, suspense, action, and science fiction, Dune is that kind of film which is very interesting and it has also received a lot of positive reviews from the viewers. Dune which is also known as Dune: Part One is an American Epic Science Fiction movie that was released in the year 2021. Dune: Part one is directed by Denis Villeneuve from a screenplay by Jon Spaihts, Eric Roth, and Denis Villeneuve. It is based on Dune written by Frank Herbert, the novel was published in the year 1965.

The novel was originally published in Analog Magazine as two separate serials, the novel also won Nebula Award for Best Novel. It is also considered one of the world’s best-selling novels. The producers of Dune Part 1 are Joe Caracciolo Jr., Cale Boyter, Mary Parent, and Denis Villeneuve. The production company is Legendary Pictures and it is distributed by Warner Bros. Pictures, it was originally released on September 3, 2021, in Venice and then it got released on October 22, 2021, in the United States. The original running time of Dune Part 1 is 156 minutes. Its production budget is $165 Million and Dune Part One grossed $401 Million Worldwide.

Well, we all are aware of the fact that Dune: Part One has received a lot of love from the public and we are well aware of its achievements, the first part has achieved a lot but what do you think about the second part? Will part 2 also receive this much love? Because fans have high expectations for the second part as the first part made everyone speechless, the first part was grand and it is still trending even though it was released in 2021, people are stuck with the movie, they can not move on that easily, the fans are expecting that the second part will be better and beautiful than the second part but let’s see what will happen.

Fans were very excited when they got to know that the movie is set to have a second part, now the question is when will be the second part out? The production team has confirmed that Dune: Part two will be released in the year 2023 and in November or other words Dune: Part Two will be released on November 17, 2023. Well we have to wait for a year, but the time will fly just like that, so you just need to wait for a year then the second part of your favorite movie will be out.

Well, we just know that there will be a sequel to Dune but we don’t know the story of the second part. What do you think? What will be the story? The first part ended with a cliffhanger and that’s what made the fans go insane, they are eagerly waiting for the next part. We can anticipate that the story will follow Paul Atreides who is played by Timothee Chalamet and Chani who is played by Zendaya, the first part was very interesting, so we can expect that the next part will be something Grand.

READ MORE: If I Hadn’t Met You Season 2 Release Date is Out Already?

We don’t know the exact cast of Dune Part 2 but we can assume that the cast of Part 1 will be in part 2, right now we can only assume but let us look at the cast of the First Part. The cast of Part 1 of Dune involves Timothee Chalamet as Paul Atreides, Rebecca Ferguson as Lady Jessica Atreides, Zendaya as Chani, Oscar Isaac as Duke Leto Atreides, Stellan Skarsgard as Baron Vladimir Harkonnen, Jason Momoa as Duncan Idaho, Josh Brolin as Gurney Halleck, Stephen Mckinley Henderson as Thufir Hawat, Javier Bardem as Stilgar, Sharon Duncan Brewster as Dr. Liet Kynes, Dave Bautista as Glossu Rabban Harkonnen, Chang Chen as Dr. Wellington Yueh, David Dastmalchian as Piter De Vries.

The cast of part 1 is awesome and people are expecting to see the same cast line in part 2. There are chances the old cast member can return but nothing is confirmed. In addition to this, the second part can have new faces as well. Once the announcement for the cast goes official or the trailer, everything will have clarity. For now, we can only rely upon different assumptions being made online by the fan pages.

It is a fact that the teasers of movies hit differently especially when a movie is like Dune. The trailer of the First part made the audience very curious to know about the story and also the viewers couldn’t wait to watch the movie in the theatre and on many online streaming platforms, the trailer of the first part made all of us speechless and everyone got goosebumps while watching the trailer and we all are aware of the fact that everyone hyped the trailer so much and when the movie got released everyone loved the story.

Where To Watch Dune Part 2 Online?

Nowadays, everything is available on the Internet whether it’s about series or movies, we can stream everything online. Many fans want to watch the first part of Dune and many fans are waiting to watch the second part of Dune online, you can stream the movie on Amazon Prime Video, and there are a lot of chances that the second part will be also available on the Amazon Prime Video.

READ MORE: Anne With An E Season 4 Release Date: Decided Or Not?