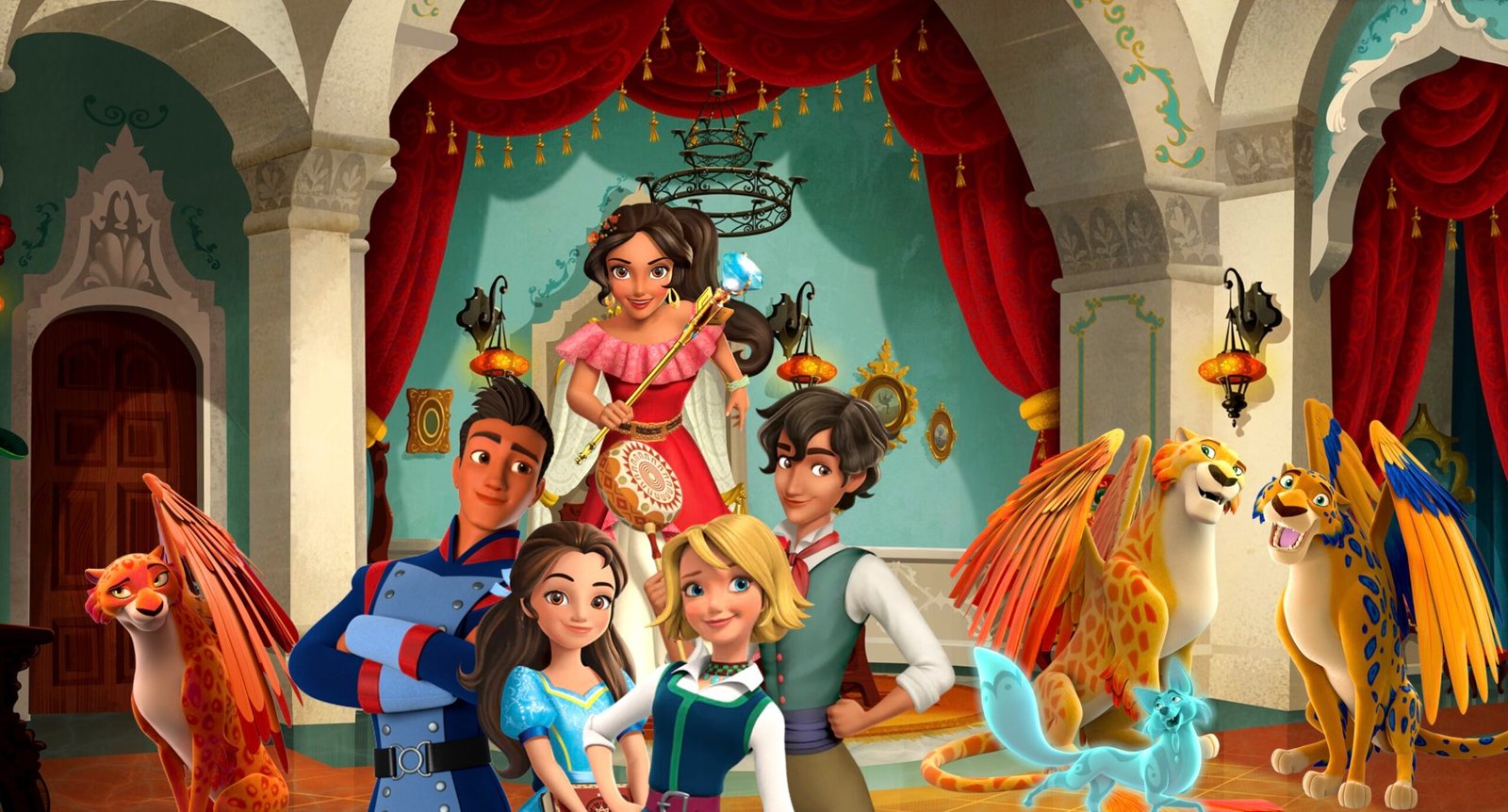 ‘Elena of Avalor’ is a 2016 released animated TV series by Disney. The series premiered with the first episode ‘Pilot’ on July 22, 2016. It is created by Joan Rater and Tony Phelan. And it is a drama genre animation and is about a teenage Latina Princess. The series has a total of 3 seasons to date with a total of 77 episodes.

The whole animated series is based on another Disney show, ‘Sofia the first’, which is about a poor girl finding herself in a new life of royalty. Elena of Avalor has the same plotline, and the only difference is the cultural difference. The show was transferred to the Disney Junior channel on July 14, 2018.

The show was well-received with a 6.3/10 rating on IMDB and 84% likes by Google users. It is good reception. And since the viewers are mostly children, there are no reviews from the kids, most reviews are from parents (adults). But overall it is a nice watch for kids. Some might be wondering about a new season for the show, as the last one ended in 2020. After about 2 years, will the series get a new season? Read on to find out about season 4 of Elena of Avalor and learn more about the series.

Do not forget to keep yourself updated on your favourite TV Shows and movies here at @ThePoptimes.

The series has in total three seasons since it premiered first time on July 22, 2016. The first season ran from 2016 to 2017, the second ran from 2017-2019 and the third one ran from 2019-2020. The last episode of the third season was ‘Coronation Day. And that was where the series wrapped up and since then two years have passed. This has left some viewers wondering about the next series. Will there be one anytime soon? Or is it cancelled? Let’s find out below.

For those wondering about season 4 of Elena of Avalor, unfortunately, the show will not have a fourth season anytime soon. The makers have already decided and shared it two years back. The third season was the last one. But if you want to stay updated on the show, keep in touch with @Poptimes. We will inform any updates we get here.

The story takes place in a kingdom, a magical kingdom called ‘Avalor’. The plot follows the story of a Teen Princess named ‘Elena Castillo Flores, a 16-year-old princess of Avalor. She fights and protects her kingdom from outside forces and also lives a normal life with her friends and family.

Elena is the crowned Princess of Avalor, therefore she needs to carry out her role and protect her people. She was successful in defeating an evil sorceress. For her help, there exists a Grand council, from whom Elena takes advice and guidance. The council consists of people all connected to Elena. They are Elena’s Grandparents, Chancellor Esteban (her older cousin), and a friend called Naomi Turner.

And besides the Grand council, Elena also has other people in her life for support. These people are Isabel (Elena’s younger sister), Wizard Mateo, Gabe (a Royal Guard lieutenant), and Zuzo (her spirit animal and the ‘Jaquins’). Jaquins are three magical flying creatures that stay around Elena. With all these people in her life who provide her with support and guidance, Elena finds it easier to deal with her responsibilities as a crowned princess.

Overall, the plot follows Elena and her adventures in the Kingdom of Avalor as the protector of the magical Kingdom. She comes to learn that being a crowned princess requires one to cultivate qualities such as resilience, empathy and compassion. These qualities are going to help Elena be a great leader. The story is great and inspiring and fun to watch. This is a show to try out, especially for the kids.

The third and the last season ran from 2019-2020. This season has 28 episodes in total and starts with the first episode titled ‘Sister Of Invention’. It seems Elena with her team are in the pursuit of catching and tracking down two villains who had escaped named Ash and Carla. We also get to see Elena visit another Kingdom called ‘Norberg’.

She helps the queen of Norberg to resolve a dispute with the neighbouring kingdom. Later during Carnaval, Elena accidentally falls into the ‘Well of crystals’, which results in the enhancement of Elena’s magical abilities. Through this new power, her long-time council member Esteban is exposed.

In Episode 14, Elena uses the sceptre of Light to track Ash and Esteban. Later Elena and Mateo try to rescue Mateo’s grandfather from an enchanted book in which he was stuck. In the next episode, Isabel and her group of friends take it into their hands to rescue Elena and her team. They had all fallen under the spell of a magical bandit.

As the story continues, finally the coronation day arrives, where Elena will finally be crowned the Queen of Avalor. However, the evil Esteban releases the Four shadows of Awesome. Elena has to go to the spirit world and come back to her world once again. After she returns from the spirit world, Elena faces a challenge that tests her courage and character for her to become the queen. She has finally been crowned the queen of Avalor.

READ: The Chi Season 5 Episode 6 Release Date: How Many Days Are Left?

She is the protagonist of the story, the crowned princess of the magical kingdom of Avalor. She is the daughter of king Raul and Queen Lucia. Elena has magical abilities which she uses for the best interest of her people of the kingdom. With so many people around her that supports and guides her, she performs her duty as a princess to protect the people from outside or any evil forces.

Princess Isabel is the younger daughter of King Raul and Queen Lucia. She is the younger sister of our protagonist Princess Elena. Isabel is smart and is an inventor, she likes to support his sister in her quests and help her with her inventions.

Even though she is young she tries her best to be helpful to her older sister as much as she can. She is not only brave but also very intelligent and wise. One time she even helps her sister and her team to free them from the magical clutches of a  magical Bandit.

Zuzo is her spirit animal of Elena and is her constant companion. Elena can move between the spirit world and the normal human world. Zuzo acts as the link between the two worlds. It can hear Elena calling him and he appears. Zuzo is a wily spirit fox.

Naomi is Elena’s best friend and she is the daughter of Captain Turner. She is also a member of the Grand Council that guides Elena. Although she decides to become a sailor, Naomi later comes back to the kingdom. She assists Elena in her adventures and fights alongside her several times. Naomi becomes the New chancellor for Elena.

Esteban is a maternal cousin of the Avalor girls. He was a member of the Grand Council until his reality was exposed. Esteban was the one who had helped Shuriki invade the Kingdom. After finding out about this betrayal by Esteban, Elena imprisons him but he can escape with his old friend Delgado. He becomes an ally to the escaped villain Ash.

However later it is revealed that, from the start, Esteban had wanted to help the king, he had warned them about Shuriki’s plan but was ignored. Ultimately, Elena forgives him and lets him stay in the kingdom.

Where To Watch Elena Of Avalor Season 4 Online?

The season is not available as the show ended with the third season. However, The other seasons are available to watch on Disney+.