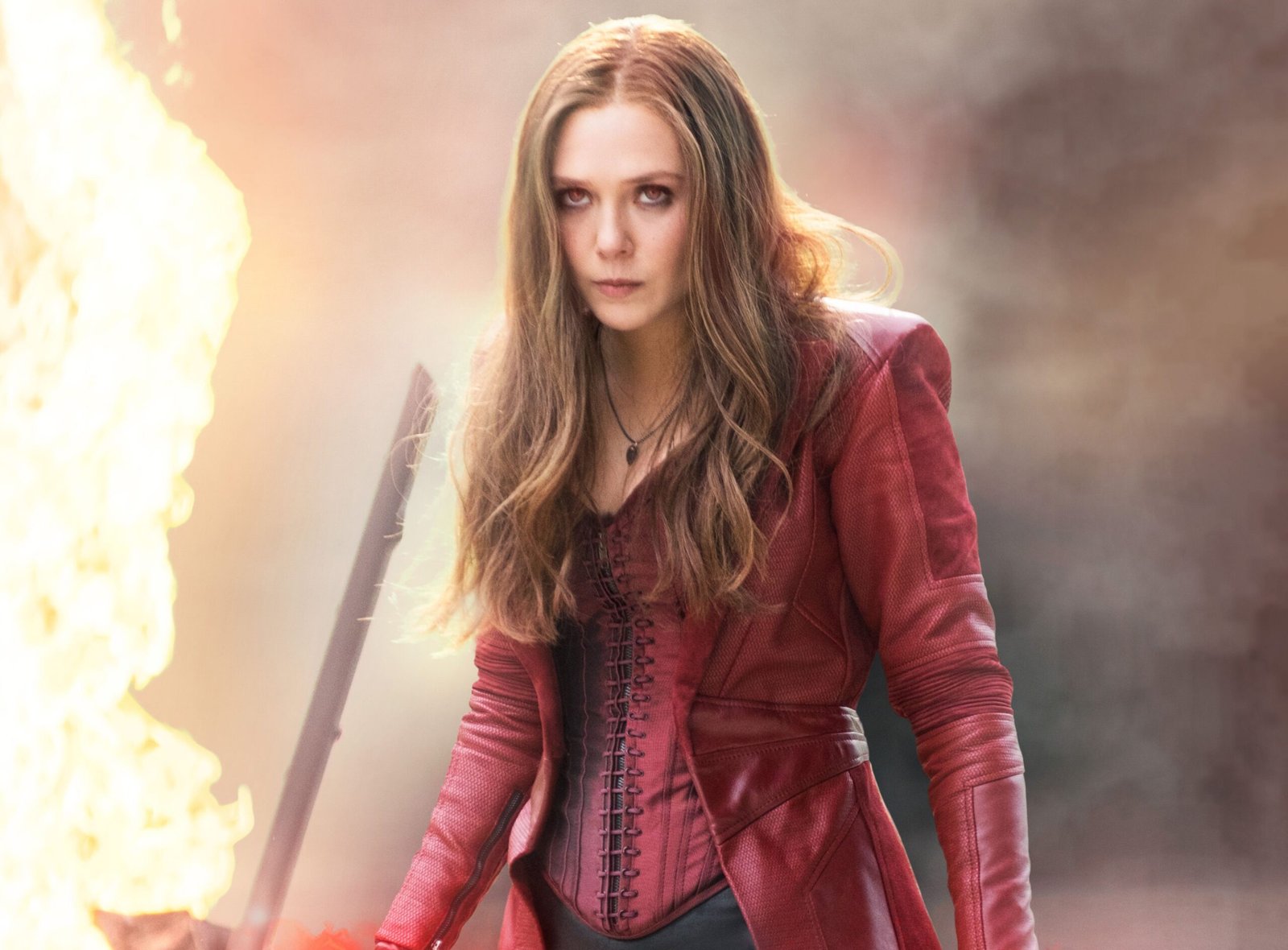 Elizabeth Olsen is one of the finest actresses as well as talented. She has done so many popular movies and television series but fans are not able to watch all her films and series completely because they are confused about which one they should start first.

Well, we can understand your situation because usually, fans face the same thing related to their favorite artist. If you are on the way to watching all the best filmography of Elizabeth Olsen then this list is made for you specially. Scroll down through the list to get an idea about her best films and series.

This list is not based on any ranking or ratings, it is just made to make you understand the popular movies and series of Elizabeth Olsen, if you have not seen all her films then this list will help you out.

Well, who doesn’t love Captain America? This movie is one of the most popular movies of Marvel studios and this film received so much love and support from the viewers as well as the fans of Marvel.

People not only enjoyed watching Captain America here but they also loved Elizabeth Olsen in this particular Marvel movie. This was released in the year 2016 on April 12 at Dolby Theatre and it was released on May 6, 2016, in the United States. Captain America: Civil war is directed by Joe Russo and Anthony Russo.

The cinematography of this movie is no joke and fans enjoyed its content too. You can watch this movie on YouTube and I am sure you can easily watch the movie there without any trouble.

WandaVision has been trending a lot recently, the series was aired on January 15, 2021, and it ended on March 5, 2021. The series has 9 episodes in total and all 9 episodes are quite enjoyable.

It is created by Jac Schaeffer and directed by Matt Shakman. The producer of this miniseries is Chuck Hayward and the executive producers of this series are Kevin Feige, Louis D’ Esposito, Victoria Alonso, Matt Shakman, and Jac Shaeffer. If you want to watch this miniseries and all the episodes of this series then you can watch it on Disney+, if you are a user of Disney+ then you will easily watch the series without facing any trouble. You will enjoy watching Elizabeth here and her performance too.

08. Doctor Strange in the Multiverse of Madness

Marvel movies are the main movies that made Elizabeth more popular. She has been featured in many Marvel movies and you will also find more Avengers movies here on the list. We know there are many solo movies of Doctor Strange but this movie is very special for many fans as it got released recently.

Doctor Strange in the Multiverse of Madness was released on 6 May 2022 which means it was released a few months back but people are still hyping this up and they are still streaming this show if you are in search of watching the movies or series of Elizabeth Olsen then what are you waiting for?

This is the perfect time to watch Elizabeth Olsen in Doctor Strange in the Multiverse of Madness. This 2022 movie is directed by Sam Raimi and written by Michael Waldron and the producer of this movie is Kevin Feige.

READ MORE: 15 Shows Like Jeffrey Dahmer You Should Be Watching Right Now!

Many viewers have a won’t spot for romantic and drama films, I saw The Light as one of them. The title sounds so dreamy and poetic so the movie is. It is so beautiful as well as heart-touching as the movie shows the life of a successful songwriter as well as a singer but his success starts to drown as he gets addicted to drugs and all.

The movie was released on 1 April 2016 and it is directed by Marc Abraham. The movie has 5.8/10 ratings on IMDb, well the ratings are not that bad, what matters more is the storyline of this movie and how you enjoy it. If you have not seen this movie then you should grab this chance and stream the movie on Hulu, it is also available on Disney+ as well as ESPN+, you can stream the movie on these streaming sites.

This movie is a 2015 movie which is written by Marc Abraham and directed by him. It is based on the biography of Hank Williams. March Abraham is also one of the producers of this movie and the rest of the producers are Aaron L. Gilbert, Brett Ratner, and G. Marq Roswell.

Joshua Brady as Sammy Pruett, Wes Langlois as Don Helms, Von Lewis as Ray Price, Fred Parker Jr. as Faron Young, Rob Boltin as Frank Walker, and many more are there. The role of Elizabeth is quite amazing as she portrayed the role of Audrey Sheppard Williams, the wife of the male protagonist, Hank Williams.

“Love and Death” well you must be thinking right now, why is this series on the list, right? We all know that Love and Death is an upcoming miniseries that is set to be aired in the year 2023 but as the article is about Elizabeth Olsen then all her amazing films and television series should be here on the list.

This is indeed an upcoming series but it has been already getting attention from the fans of Elizabeth Olsen and many viewers are showing their interest in this miniseries as it is a crime drama which is based on Evidence of Love: A True Story of Passion and Death in the Suburbs “Love & Death In Silicon Prairie, Part I & II” and this series is written by David E. Kelley and directed by Lesli Linka Glatter.

The executive producers of Love and Death are David E. Kelly, Helen Verno, Michael Klick, Matthew Tinker, Megan Creydt, Scott Brown, Per Saari, Nicole Kidman, and Lesli Linka Glatter. The plot of this series is based on a true event which is why fans are curious to know about this series and its release date, as I have mentioned above the series is scheduled to be aired in the year 2023 on HBO Max.

Sorry For Your Loss is a great American series that has only 2 seasons and 20 episodes in total. This series depicts the life of Leigh Shaw who faces a hard time after her husband passes away.

This drama series is created by Kit Steinkellner and produced by Molly Breeskin and the executive producers of Sorry For Your Loss are Robin Schwartz, Marc Turtletaub, Peter Saraf, Lizzy Weiss, Kit Steinkellner, Elizabeth Olsen, James Ponsoldt, Jon Liebman, Cynthia Pett, and Brad Petrigala. The first season of Sorry For Your Loss was aired on September 18, 2018, and it ended on October 9, 2018, consisting of 10 episodes only the second season was released on October 1, 2019, and ended on November 19, 2019, the second also has only 10 episodes.

Lauren Robertson as Becca Urwin, Lisa Gay Hamilton as Bobby Greer, Briana Venskus as Tommy, Poorna Jagannathan, Vic Chao as Joe Tsang, Alexander Koch, Jack De Sena, Luke Kirby, and many more are there. Unfortunately, the show got canceled after 2 seasons get released, but you will enjoy watching both seasons of Sorry For Your Loss.

This movie is just so mind-blowing and it will take your breath away after you complete this movie you will know why it is very popular. The story is about the main protagonist, Martha who is a part of a cult after she tries to escape from the cult she returns to her home and stays with her sister and brother-in-law but things started to get ugly and different when the behavior of Maratha started to change.

As this movie is a thrilling film you will get chills while watching the whole movie. You will be having a hard time moving on from this movie because many viewers felt the same thing, if you have not seen this movie and you want to watch it then you can watch Martha Marcy May Marlene on Hulu but it is not only available on Hulu, it is also available on Disney+ and ESPN+, if you are a user of any of these mentioned streaming platforms then you can easily stream the movie online.

Her character is so mysterious and the whole series is kind of suspenseful. If you are someone who loves Elizabeth Olsen and also always craves thriller films and series then you should start with this one.

Well, you must have been wondering why so many Avengers movies are mentioned on this list, but we all know without Mentioning Avengers Movies the list will be very empty as she has worked in most of the Avengers Movies and she became more popular because of the Avengers Films. “Avengers: Age Of Ultron” is impossible for you not to have heard of this name, right?

Avengers: Age of Ultron was released back in 2015 but the hype is still not dying, people are still hyping this movie and they are unable to move on from this popular Avengers movie. Guest what role Elizabeth played in this movie?

Well, it is definitely not hard to guess her role as she has played the role of Wanda Maximoff in the Avengers movie series. This movie is directed by Joss Whedon and is also written by Joss Whedon the producer of this movie is Kevin Feige.

Avengers: Age of Ultron was first aired on April 13, 2015, on Dolby Theatre and then it got released on May 1, 2015, in the United States. The cast of Avengers: Age Of Ultron includes Robert Downey Jr. as Tony Stark/ Iron Man, Chris Hemsworth as Thor, Mark Ruffalo as Bruce Banner/ Hulk, Chris Evans as Steve Rogers/ Captain America, Scarlett Johansson as Natasha Romanoff/ Black Widow, Benedict Cumberbatch as Dr. Stephen Strange,  Tom Holland as Peter Parker/ Spider-Man and many more are there.

If you want to know where to watch this movie then you can watch it on YouTube, most of the movies of Avengers are available on YouTube, so you do not need to search for it anymore, just open your YouTube and stream the whole movie and enjoy its content.

READ MORE: 10 Movies Like Girl In The Picture You Should Watch Right Away!

The genre of this movie is Neo-Western Crime, this amazing movie is directed by Taylor Sheridan and it is also written by Taylor Sheridan, the producers of Wind River include Matthew George, Basil Iwanyk, Peter Berg, Wayne L. Rogers, and Elizabeth A. Bell.

The plot of Wind River revolves around an FBI agent and a Wildfire Officer, both of them team up to solve a murder case but the journey will not be easy for them to find the killer.

Elizabeth Olsen played the role of Jane Banner in this movie as a rookie FBI agent and she teams up with the Wildfire Officer, the role played by Jeremy Renner. You will love to see them together in this movie and the way both of them portrayed their character is very good to see and you won’t be able to stop appreciating them as well as the storyline.

This movie was released on 27 April 2018 and directed by Anthony Russo and Joe Russo and produced by Kevin Feige. Elizabeth Olsen played the role of the popular and amazing character Wanda Maximoff.

All the characters of Avengers always receive love and support from the fans and Wanda Maximoff is one of them. This character was made for Elizabeth only because she played the role so well. All Avengers movies have interesting plots and they are connected to each other.

Benedict Cumberbatch as Dr. Stephen Strange,  Tom Holland as Peter Parker/ Spider-Man, and many more are there, let us not forget to mention Elizabeth Olsen as Wanda Maximoff.

Which movie or series by Elizabeth Olsen is your favorite? If you want to watch this movie then you can watch it on online streaming sites or applications.