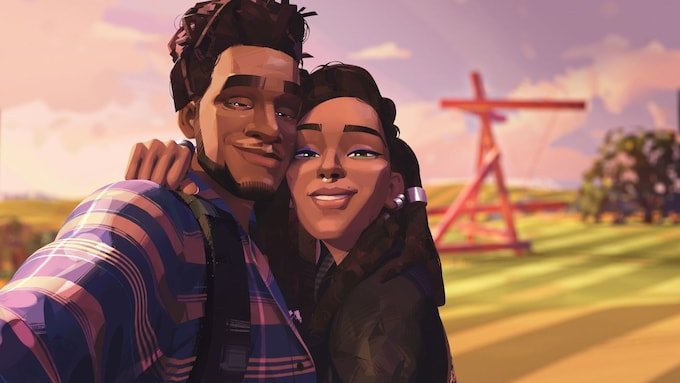 With the time moving ahead, artists are now looking for innovative ways to launch their content, so that it becomes more exciting and thrilling for their fans.

There is a lot of hard work and dedication involved in this album and the television special. The making took about three years and according to Cudi, it is the finest work of art he has ever created.

So the fans are now pretty excited to know when will it release, where it is going to be released and what it is exactly because this new concept has baffled some of them.

Continue reading ahead because we are going to make things a lot easier for you by explaining the concept and telling you all that you need to know.

So all the fans, who are enthralled to know when is Entergalactic going to release, we have some very thrilling news for you people!

Your wait is about to get over as the series is all set to be released on 30th September 2022. The news which makes it more exciting is that the special will be released along with Cudi’s new album which has the same title.

There has never been an album and a series, being released at the same time. Each song is going to have a thirty-minute narrative that is going to explain everything about the song like what is this song about, what is the inspiration behind this, etc.

The series is all about a beautiful love story being told through Cudi’s music. The series will revolve around Jabari, a young artist, who is trying his best to maintain a balance between love and success. His roadway to success also leads him to the destination of love. When he moves into his dream apartment, he gets introduced to his new neighbor, a photographer named Meadow, with whom falls in love. The beautiful blend of music, glamour, art, and fashion takes place in New York City.

ALSO READ: Shrek 5 Release Date and More Information That You Need To Know!

Ty Dolla $ign is playing Ky, who is always there for Jabari. Laura Harrier is in the character of Carmen who is Jabari’s ex-girlfriend. Vanessa Hudgens is in the role of Karina, who is Meadow’s pregnant best friend.

Christopher Abbott is playing the character of Reed. 070 Shake is playing Nadia who is Meadow’s associate from the art scene.

Two trailers were released by Netflix in June 2022. The first trailer gave a glimpse of the cast and the story of Jabari and Meadow who fall in love with each other in New York City. It features Cudi’s “Do What I Want” track of the upcoming album.

The second trailer announced the release date. The trailer is of 30 seconds which shows Jabari smoking on a couch and the smoke takes the form of the logo. At last, the release date of September 30, 2022, is revealed.

The first official trailer was released on September 12, 2022, which gave the fans a glimpse of what the story of the series looks like. It has its main focus on Jabari, who recently had a breakup. He moves into his dream apartment which introduces him to his neighbor, Meadow, a photographer, with whom he falls in love.

The trailers are available on YouTube and you can watch them to satiate your excitement to some extent and know what the television special is going to look like.

Where to Watch Entergalactic Online?