Season 2 of Euphoria is currently showing on HBO, and fans are already asking if there will be a third season of the teen drama.
Euphoria is undeniably one of the most popular series on television right now. People can’t get enough of the series, thanks to its star-studded ensemble and stunning scenes. Not to mention the film’s legendary soundtrack, which includes songs by Beyoncé and Orville Peck. Season 2 won’t end until episode 8, the season finale, airs on February 27th, but there is already a clamor for more. With that in mind, here’s everything you need to know about Euphoria season 3, including the premiere date, cast, spoilers, trailers, and updates on the series’ future. HBO has yet to clarify whether or not the third season of Euphoria will be produced. It’s likely that there will be more, given how popular it is. Just one month after season 1 premiered on HBO, the drama was renewed for a second season. Before the completion of season 2, it’s likely that the show may be renewed for a third season. Season 3 is expected to have eight episodes, similar to seasons 1 and 2.

We won’t know when Euphoria season 3 will premiere until HBO officially renews the show. Season 1 premiered in June 2019 and season 2 premiered in January 2022, nearly two years later. Season 2 production, on the other hand, was significantly hampered by the coronavirus outbreak. Filming was planned to start in the first part of 2020, however, it was delayed until April 2021. The new season of Euphoria which is Season 3 is scheduled to premiere in 2023 if filming proceeds as it is scheduled.

It all depends on how Season 2 of Euphoria plays out, but we expect the main cast to return. To put it another way, Zendaya (Rue), Hunter Schafer (Jules), Jacob Elordi (Nate), Alexa Demie (Maddy), Barbie Ferreira (Kat), Angus Cloud (Fez), Algee Smith (Chris), Sydney Sweeney (Cassie), Maude Apatow (Lexi), and Dominic Fike (Elliot) are all expected to return. We also expect to see the majority of the supporting cast, as well as some new characters, in Season 3. Given that Fez was meant to die in season 1, it’s possible that one or more of our favorite characters will perish in season 2.

Fez was raised by his grandmother, who introduced him to drug peddling when he was a child. In a re-enactment of the season one conclusion, Ashtray attacks Mouse and kills him with a hammer. Rue rides with Fez and Ashtray to a new dealer’s apartment on New Year’s Eve. Before they enter, Rue meets Fay, a heroin addict who is the girlfriend of one of Fez’s pals. They are all forced to strip at gunpoint once inside because the new dealer suspects they are wearing wires. Fez is able to purchase a suitcase full of cocaine after some mayhem. Cassie meets Nate at a convenience shop while inebriated. He offers to drive her to the New Year’s Eve party. Lexi and Fez exchange phone numbers after a talk. He then approaches Nate, thrashing him until the other partygoers intervene.

The cast and crew of Euphoria haven’t said anything about what will happen in season 3 of the program yet. We’ll probably have to wait until the end of season 2 to find out what happens next. It all hinges on what happens in the Euphoria season 2 finale with Rue and the rest of the characters. Return to this page, and we’ll keep you updated on everything the cast and crew reveal. 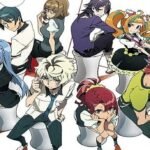