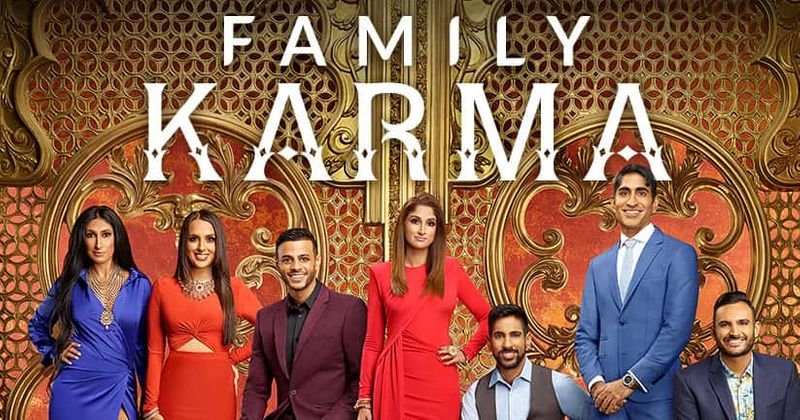 An American reality television series which is often also termed “Indian-ish”, Family Karma documents the lives of several Indian American families bringing into account their three generations. FUN FACT: these families have relocated to the Miami, Florida area almost around the same time. The first season of this series aired in March 2020, on Bravo. With a rating of 6.2 on IMDB, Bravo had renewed it for a second season which aired in June 2021.

The series majorly focuses on the level of westernization the families have undergone, especially highlighting their lives in Miami. These events help us witness the family members going through an emotional roller coaster ride full of happy, emotional, and dramatic moments now and then. Now let us see what is in store for us in season 3 and when can we expect it?

On 13th May 2022, in a Twitter post, Bravo announced four shows that it is going to renew. Out of this Family Karma Season, 3 was one. Although there hasn’t been any official announcement of the dates, we can expect it around late 2022 or early 2023, provided the show follows the same release schedule that it has always followed in the previous two seasons.

So what can be the predictable plot for season 3? Well, let’s look at the outcome of Season 2 first. In the previous season by the end, we witness that Amrit and Nicholas would be getting married.  Hence, we can surely wait for the wedding of the couple on what and how it takes place. Another possible story could be the patching up of Vishal and Richa since in the previous season we see them going through couples counseling. Having said that, I know one question that pops your mind. Will there be a wedding shortly or would the couple separate their ways? Well, for that we need to wait for Season 3 as it could be our only opportunity.

READ MORE: How Much Was Luke Perry Net Worth? Shocking Revelations!

In case you haven’t seen Season 2 yet, then I would suggest you go back and witness it first because there is a major SPOILER ALERT here. Season 2 of Family Karma had many truly amazing intimate moments. Having stated earlier we do know that Amrit proposes to Nicholas and they finally get engaged. But what has exceptionally brought tears to the audience’s eyes is when Amrit comes out to his grandmother about being gay. What is even more heartwarming is to see his grandmother accepting the fact and stating that she’s happy if her grandson is.

Another interesting episode is how Vishal and Richa are taking things over. Vishal starts a new business and buys a home for Richa and him. On seeing these efforts, Richa officially agrees to get engaged with Vishal.

Finally, about Brian. Although season 2 did not turn out well for him since he lost his job and had a fight with his girlfriend. Nevertheless, we hope to find some change of events for him in Season 3.

In season 3 we believe all the seven Indian-American families who have been in the first two seasons of “Family Karma” might just reunite in season 3. What gives us a major hint here is when in season 2, Amrit Kapai introduces Nicholas to his family. We will also explore the life of Anisha Ramakrishna, who professionally might be killing the fashion industry but has a lot on her plate when it comes to personal life.

Another interesting appearance could be of Shaan Patel. Shaan belongs to Miami’s one of the most prominent wealthy families. Of course, we cannot forget how the show revolves a lot around the relationship of Richa Sadana and Vishal Parvani. Therefore, their presence in the 3rd season is imminent. Thus, season 3 could be a concluding chapter for the cast members and the fans can witness all of the original cast members trying to live their lives as truthfully as they can.

Where to Watch Family Karma?

Family Karma is an official show on Bravo. Therefore, the renewal of its new season means it will be telecasted on Bravo TV. You can watch Bravo using any of the following streaming services: Amazon Prime, YouTube TV, and AT&T TV.s

READ MORE: Say I Do Season 2: Is There A Renewal Announced?