The pirate genre is widely popular both in anime and non-anime culture. Legendary anime series such as One Piece has immortalized the genre. Fena Pirate Princess takes a distinct and intriguing take on the genre. It allows us to explore a different aspect of pirate life from a different perspective. The show is filled with action, fantasy, tragedy however the adventure aspect forms the backbone of the series just like other series belonging to the genre. As of now, the series has only 1 season with 12 episodes so far.

Fena Pirate Princess season 2 has no confirmed release date as of now. However, the first season has earned a substantial fan base and viewership which increases the chances of there being a second installment of the series.

Everyone is aware of how a pirate life can be. It is filled with treasures or other things to find, pirate crews, enormous ships, vast oceans to venture, storms, prides, the wrath of the seas, exploration, pirates engaging in battle with one another all in all a breathtaking wild adventure where the wind most of the time decides the fate as there is no guarantee what turn a pirate’s fate can tomorrow if there is any tomorrow for the pirate. The life of a pirate is filled with glory and danger. However, pirates are known for having strong spines, they are famous or infamous for having nerves of steel or guts like no other which is a basic requirement to deal with the unknown domain of the ocean where no one can tell what will happen next.

The plot of Fena Pirate Princess revolves around the life of a pirate as well but it is not the conventional pirate we are aware of. We see a princess like a girl live the dangerous life of a pirate. The name of the girl is Fena Houtman. About ten years ago the main story of the series kicked off, Fena met a dreadful fate as the ship she was traveling on along with her childhood friend Yukimaru and her father got wrecked as a result the ship sank and Fena got separated from her childhood friend Yukimaru.

The tragic incident even snatched away the life of her father. She somehow managed to survive the shipwreck and stay alive yet she was unsuccessful in her endeavor to find and meet Yukimaru again. Now after ten years of the incident the main story of the series takes off when Fena is a fully grown woman of the age of 23. Life as a grown-up for Fena was horrible.

The situation for her was extremely bad for her in the island she was trapped in made her life miserable since she was sold to men on the island and she is bound to this horrible fate as long as she doesn’t escape. One night when she was supposed to get married to a client against her will, she just found an opportunity to make her escape. She devised a plot to escape the grasp of her employers and flee from the island. While she was on her way to make her escape, to her surprise two acquaintances from her past intervened with her plan and helped her escape.

Also- Will There Ever Be Tales By Light Season 4?

The three of them immediately flew away from that Island and they ended up in a mysterious place. The mysterious place is known as Goblin Island and it is considered as the homeland for a clan of strong and fierce warriors. Fena on that island comes to learn about her past and the thing her father was out looking for, the same thing that resulted in the tragedy that occurred a decade ago.

Her father was looking for an unknown place known as “Eden”. She learns that her father was holding something important there, something he was protecting. On learning about this, Fena with nothing but a clear crystal which is a clue got bestowed with the duty to find that place and fulfill what her father set out for. However, to do so she will have to set out on the ocean which involves life-threatening risks and all.

In her endeavor, she also comes across her childhood friend Yukimaru who joins in her adventure to find Eden. On her adventure, she encounters a lot of problems and issues which she has to overcome to achieve her goal.

The trailer for season 2 has not been released yet as there is no confirmation about the series coming back. But if you want to watch the series, you can watch it on Amazon Prime.

Also- Will There Ever Be Tales By Light Season 4? 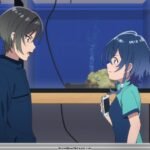 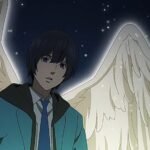