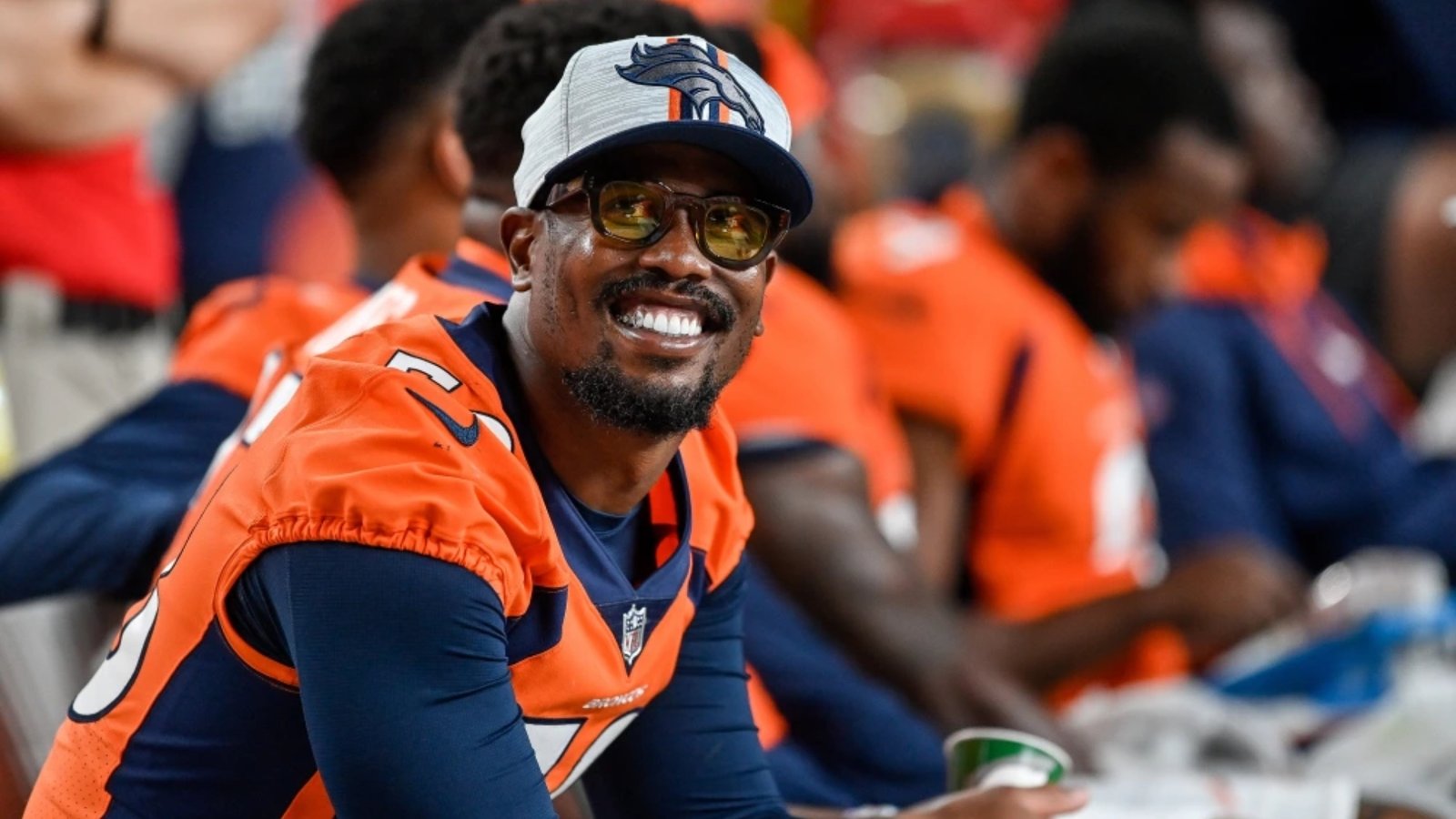 Von Miller, all the NFL lovers already know his name and need no introduction. But let me give you a brief introduction about him. Vonnie B’VSean Miller aka Von Miller is a legendary football player in America. He plays as the outside linebacker for the famous team Buffalo Bills. He was born on March 26, 1989, and in today’s time, is one of the renowned players in the NFL who has been an eight-time Pro Bowl selection and has earned All-Pro honours first team and second team thrice and four times respectively. He is one of the respected players that has inspired many aspiring football players and is still aspiring with his wonderful performance.

But, do you want to know more about this legend? If yes, then we have got you covered because this article contains information about the NFL player that will take you a little closer to him as a person.

The famous NFL player of the Buffalo Bills, Von Miller has a striking net worth of $40 Million. According to reports his annual salary is said to be around $15 Million. His net worth has also increased due to the number of endorsements he has done.

Von Miller was born to athlete parents named Von and Gloria Miller which explains that sports and playing were in his veins. He was born in Dallas, Texas, and was brought up in a suburb of DeSoto, Texas. His parents also own a power supply business. He has a younger sibling named Vinsynzie “Vins”. He has done a major in Poultry Science at Texas A&M. He did his schooling at DeSoto High School and played football for the DeSoto Eagles teams and also ran tracks.

He has also participated in javelin throw, track and field, and triple jump. He recorded as a junior 37 tackles and seven sacks and as a senior he got 76 tackles and six sacks. This earned him the title of the District 8-5A Defensive MVP In his university days he played as a defensive for the Texas A&M Aggies football team from the year 2007-10. In his college days, he had a record of 22 tackles and two sacks followed by 44 tackles and 3.5 sacks in his second year, and in the final year, he got 10.5 sacks.

He was awarded the Butkus Award for being the outstanding linebacker of the college of the nation. Professionally he was the pick of the second round in the 2010 NFL Draft and in the 2011 NFL Draft he was picked by the Denver Broncos. He also was selected as the representative of NFL Labor Union Talks. He also earned the title of the Super Bowl MVP for his amazing performance in the match where Denver Broncos successfully defeated Carolina Panthers in Super Bowl 50.

In terms of personal life, Von Miller is not just an athlete or a player but also owns a farm, where he raises chickens. He though is an amazing athlete has some problems under his name which include him getting arrested as he failed to appear warrant for some driving-related charges. He also faced a citation to speed and drive in Colorado with a license that was suspended. He also has a foundation that he created in 2012 called Von’s Vision Foundation or Von’s Vision.

This foundation was founded to help and provide students from low-income backgrounds with eye care facilities and fashionable eyewear products so that they can perform in the best way possible in their school and in their life. The foundation has an exclusive partnership with Etnia Barcelona. On the bi-annual vision day program, they provide students with eye examinations.

Von’s vision has also launched Von’s Vision Centers which provides mobile vision care facilities and Von’s Lockers which provides students prescription glasses and fixtures. He also appeared on Dancing With the Stars season 22 where he was partnered with famous dancer Witney Carson. The pair did not win anything and finished the show in 8th position. In 2022 signed a $120 million deal with Buffalo Bills.

Von Miller has a lot of achievements under his name that are not just restricted to his sports but also for other reasons. He was nominated for the Walter Payton NFL Man of the Year Award by the Broncos for his charitable contributions. Von also won $30,000 for his charity work, Von’s Vision. He has the most number of sacks in the Super Bowl.

In 2013 and 2016, he received 9th and 15th rank respectively on the NFL Top 100 Players. He was also called the AP Defensive Rookie of the Year In 2011. He has won NFL with both the teams he has played with that is Buffalo Bills and Los Angeles Rams. He also holds the groundbreaking record of having the most number of sacks in the history of the Broncos Franchise.

READ MORE: The List Of The Series Releasing On Hulu In August 2022!