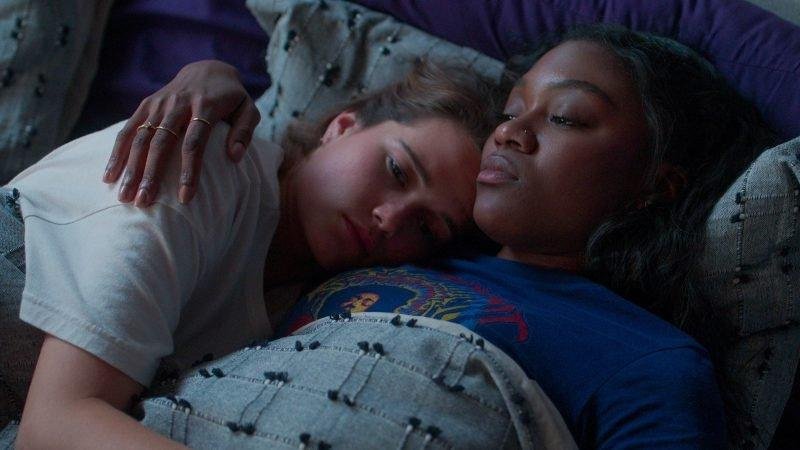 Brace yourself for an amazing American supernatural teen drama. Yes, you read it right. Netflix is going to bring you another amazing supernatural teen drama about the love story of a vampire and vampire hunter. The story which already sounds so angsty and impossible is just a matter of time before we know what the series unfolds for us. Based upon the short story by V.E.Schwab bearing the name First Kill, we all know that when it is about first love, we always have a soft spot for each experience. In this case, it is not just about First love but also the first vampire kill of Calliope played by Imani Lewis. The production of this series had begun in late 2021, in Georgia. After the breaking of this news and the release of its amazing trailer, the fans cannot keep calm thus making it a hugely anticipated release in June.

As already mentioned, this is a beautiful adaptation and is based upon the V.E Schwab short story. The supernatural series is written by the infamous Felicia D Henderson who is also the executive producer. Netflix itself had officially confirmed the release of yet another blood-sucking, supernatural creature-filled series. The series’ First Kill is all set to get released on Friday, 10th of June. With only a few days left, we surely can’t keep calm about anything and everything this show is going to generate in us. However, there is no prior information available about the progress of makers towards making a season 2.

This series First Kill is the story of a vampire and vampire hunter and their inseparable instincts and budding closeness. The series is about Juliette, naïve, shy and silent, often regarded as a socially awkward introvert. However, what makes her awkward is being a vampire that has stayed hidden from the most. Her unnatural urges and her high school image were having a strong crash when calliope, a new student enters her vicinity. Calliope only made things complicated for Juliette. What was, even more, complicating was Calliope was hailed by a powerful family of monster hunters and she was now considered ready to kill her first one? For two people who are poles apart, they were attracted like the opposite poles of a magnet and thus, leading towards an utmost gripping and complicated love story.

Season one which is about to get released on the 10th of June has an elaborative caste to everyone’s anticipation. However, we are going through the protagonists in this segment here and introducing you to our lead ladies.

Sarah is the one who is playing the character of Juliette, the vampire hiding in the skin of a human and struggling with her supernatural characteristics clashing with high school activities. Sarah has earlier been seen in movies like The Conjuring, Blood Relative, Harbor from the Holocaust, etc. Her bold choice of characters only makes us long for her role as Juliette in First Kill. It would be truly amazing to see her play the role of Juliette, who is not just a Vampire but also a lesbian.

Known through the movies like The Equalizer, Eighth Grade, and Hightown, Imani is about to play the role of lesbian partner to Juliette, Calliope, who is not a vampire but is even more catchy. She is a monster hunter and is considered ready for her first kill. Well, her undeniable chemistry with Juliette is not only going to be challenging for the character evolution and story but would also determine whether the series is going to be a hit or not. Well, only time can unfold such deets, but let us be completely honest that we are intrigued by the cast and their conviction towards their characters.

The much-anticipated teen vampire drama was the talk of the town when Netflix released its trailer through its official handles on May 12th, 2022. There were several speculations regarding the lesbian vampire teen story that is going to surface on your Netflix screens on 10th June. However, if you are waiting for an update regarding the Season 2 trailer, we are sad to inform you that there has been no information regarding that!

Where to Watch First Kill Season 1?

With no news about Season 2, season 1 however, is going to release worldwide on 10th June 2022. Anyone with an active Netflix Subscription can watch season 1. However, we shall ensure to reach out to you with fresh news about season 2 as soon as there is an update.

READ MORE: Dumb and Dumber 3 Release Date: Will It Return?