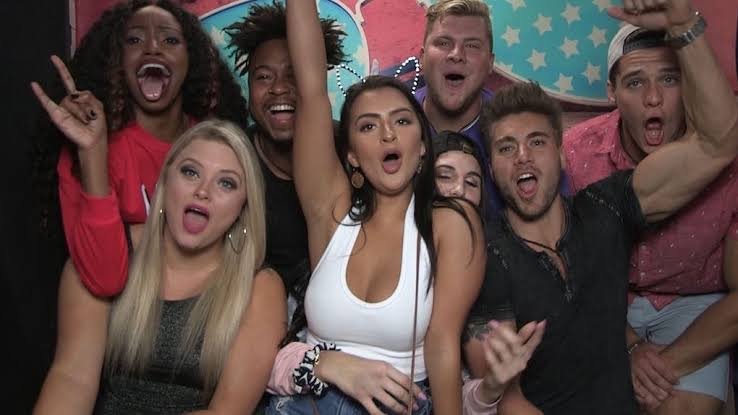 Floribama Shore is an American-based tv reality show which is also a successor to Jersey Shore produced by SallyAnn Salsano and Drew Tarpon along with 495 productions and TV Production Department. The location of show was set in Florida but the fourth season has two new locations Missoula, Montana, and Lake Havasu City, Arizona. The plot of the reality show revolves around a group of eight young adults.

This series has been described as a “Coming of Age Story” as it promises fans a real thrill and humor. It didn’t take long for the show to make an impact on the audience. The show received a lot of positive reviews from viewers. This show managed to get 5.0 ratings out of 10 on IMDB. According to Google, 79% of people liked reality show. According to the reports, this show became this popular that by the end of the season it was on it’s way to becoming the most-watched original cable series. Here are all the details we know about Floribama Shore Season 5 Release Date.

The first episode of the latest season was aired on September 16, 2021 on MTV. The viewers were hesitant to watch the new season as things got pretty insane between Nilsa and Gus as he was not able to respect her decision and made sure other members of the group were as sad as him. The audience thought it was toxic but it seemed that they enjoyed the episode as it gained many positive views on Twitter. This season airs on every Thursday at 8/7c on MTV.

This series revolves around eight young adults who spend their summer at the hottest beach town on the Gulf of coast in Panama City Beach, Florida. They are shown to be enjoying, partying, living at a new place and working. The plot for the season five is expected to start right from it left at season 4.

The roommates arrive in Athens, Georgia to start their new vacation. It is shown that Caandace and Jeremiah are worried and Nilisa along with Kirk bring the puppy to the party. The second episode was aired on 23 September where all the roomies set out to explore their new surroundings and have fun. The third episode is to be aired on 30th September.

The cast of this reality show includes Nilsa Prowant, Gus Smyrnios, Kortni Gilson, Codi Butts, Jeremiah Buoni, Kirk Medas, Aimee Hall, and Candace Rice playing themselves on the show, as it’s reality show. During season 4 one of the crew members tested positive for COVID-19 and had to stop the production of the show temporarily.

During the fourth season, there was a major change in the cast of the show as Kortni Gilson left the show. She, later, in an interview explained to Dr. Drew Pinksy that she has to leave the show due to mental health problems. She said that she was a victim of sexual harassment and needed to be away from the camera for some time. Mattie Lynn Breaux joined the show but she could not make it for a long time.

Later she was trolled on social media for her history of drunk driving and then she didn’t come back for the show. She told she also had to leave the show for the sake of her mental health.

According to the trailer dropped, it was revealed that the set would no longer we be set in Florida. It is expected that Nilisa would not be attending the next season as she was pregnant during the last season. It would be hard for her to chill and party with her group with the newborn baby.

This reality TV series is not much popular but one can watch it for entertainment. However, IMDB has rated this series with 5.1 stars.

1. What is the status of Floribama Shore Season 5?

Everything is very uncertain because, after the release of season 4, we haven’t received any update.

2. Is there any trailer for Floribama Shore Season 5?

We don’t have any trailers available now.

3. When was the first season of Floribama Shore released?

4. How many episodes are there in Floribama Shore?

The total number of episodes is 75.

We cannot say anything surely at this moment but if it is true, we will surely have an update.

6. Where can we watch Floribama Shore?

On can watch the series on MTV.