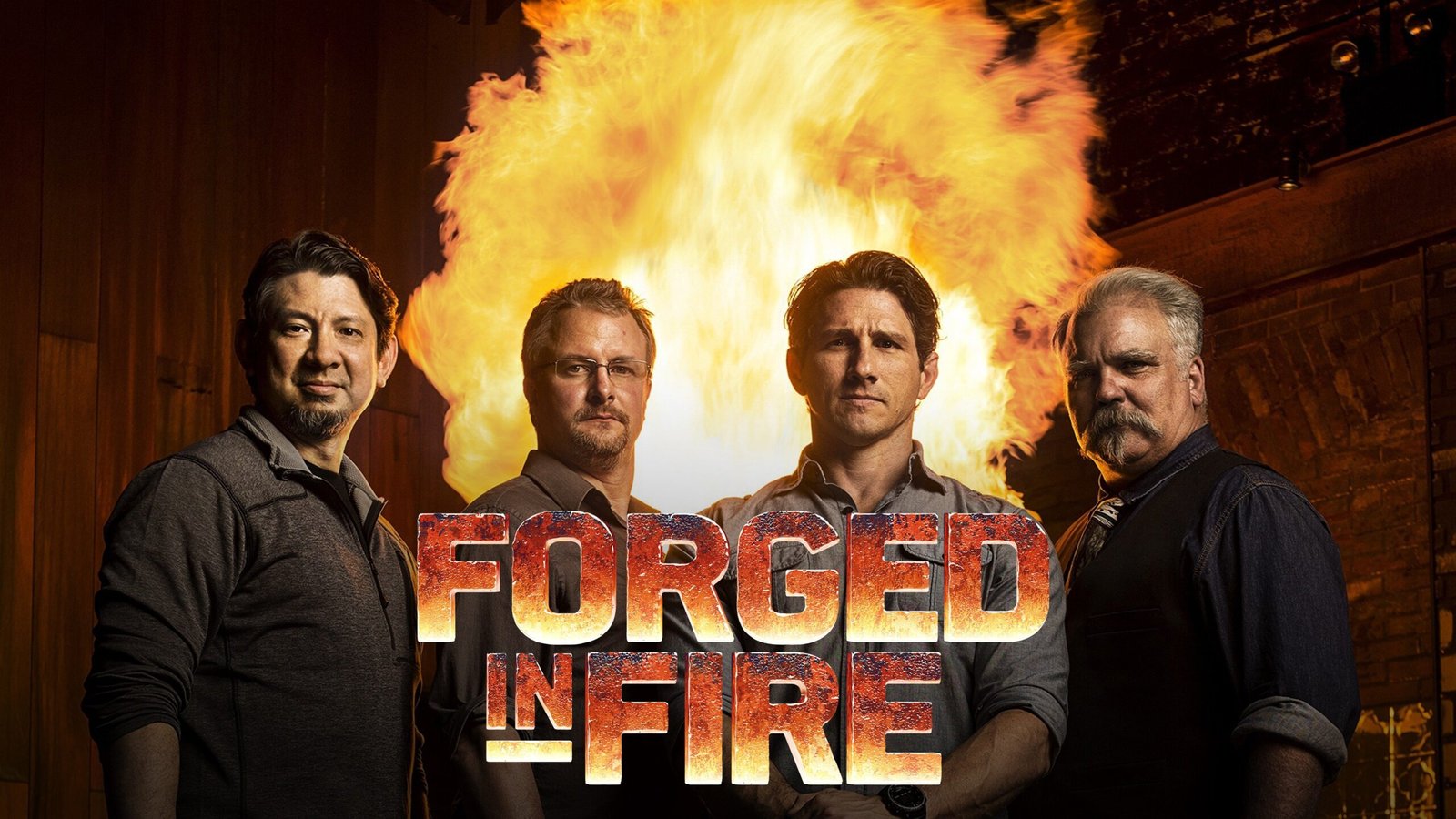 As fierce as the title, the show “Forged In Fire” is a tough competition show portraying real-life expert blade smiths who are seen making the best blades to win a huge amount of 10,000 Dollars. Isn’t this show unique? Well, many people find it very engrossing with all the metal and sharp stuff. It is an American series and in each episode, four experts in blade making are seen giving strong competition to each other, it follows elimination in a three-round way. For those who love to play with metal and have a keen interest in weapon making, this is a must-watch show.

The show is directed by Alfonso Trinidad and Michael Pearlman. Initially, Wil Willis appeared as the host of the show for the first seven seasons and was later replaced by Grady Powell. There was a board of judges which includes J. Nelson, Doug Marcaida, and David Baker, they all are masters in the field of weapon making, its history, and the correct place to use it. Forged In Fire is shot at Brooklyn Fireproof Stages in New York, to ensure a safe environment for the contestants. The show gained quite a huge fanbase after the release of the first few seasons. The first season of the television show was aired on June 22, 2015, and since then it has been in talks. The show was also honored with the Publisher’s Award at the BLADE Magazine award ceremony.

Currently, the show is running with 9 seasons and everyone awaits Season 10, to know details about the latest season, stay connected with the article.

Season 10 of the series is yet to be renewed, there are no official statements released as of now by the production team or the channel regarding the renewal date of season 10. But the viewers must not take it negatively and think about the cancellation of the show, nothing like that is hinted at by the show makers. The audience can only wait for an official announcement by the showrunners.

The show is not about a story, it depicts expert blade makers from all around the world, participating and giving each other a good competition in a three-round process. The safety measures are already taken by the team as sometimes things may get firey and someone may get hurt while making their weapons, henceforth a medical team is present there every time to take care of any injury that may occur during the competition.

In each round, in the end, one blade maker is eliminated and at last, the one who is left is the winner and is awarded a cash price of $10,000. The contestants are given a fixed quantity of steel and have to show their skills accordingly. They are judged based on the design, quality, and craft of their final product. The same plot will continue in the latest season, though the number of episodes remains unpredictable.

With no official statement about the renewal date of the show, nothing can be anticipated regarding the cast members of Season 10. Host, Grady Powell, will hopefully be seen as hosting the show and making it more engrossing for the viewers. For knowing the exact member on the board, the fans have to wait till the release.

Sorry to disappoint the readers and fans of the show that there is no official trailer or any teaser being released by show makers. It is still not confirmed when Season 10 will be renewed, but, looking at the previous schedules, it can be said that it will be out most probably by 2023, but again this is just an anticipated theory with no confirmation.

Where To Watch Forged In Fire Season 10 Online?

Numerous online platforms are available, some of them are free of cost, such channels add to our entertainment and we also prefer to spend our leisure time surfing them. These channels have become an important part of our routine as everyone is fond of new series or new shows every day, these channels got it all! They cover all genres for kids, young, adults, and even senior citizens.

Talking about Forged In Fire, the audience can find the full show will all episodes on Hulu, Disney+, and ESPN+. As the show came out as a television series, History Channel also premiers the series with complete episodes.

Hoping the article covered every doubt regarding the release of the latest season in the minds of the readers. For more and more latest updates, stay tuned to our website.