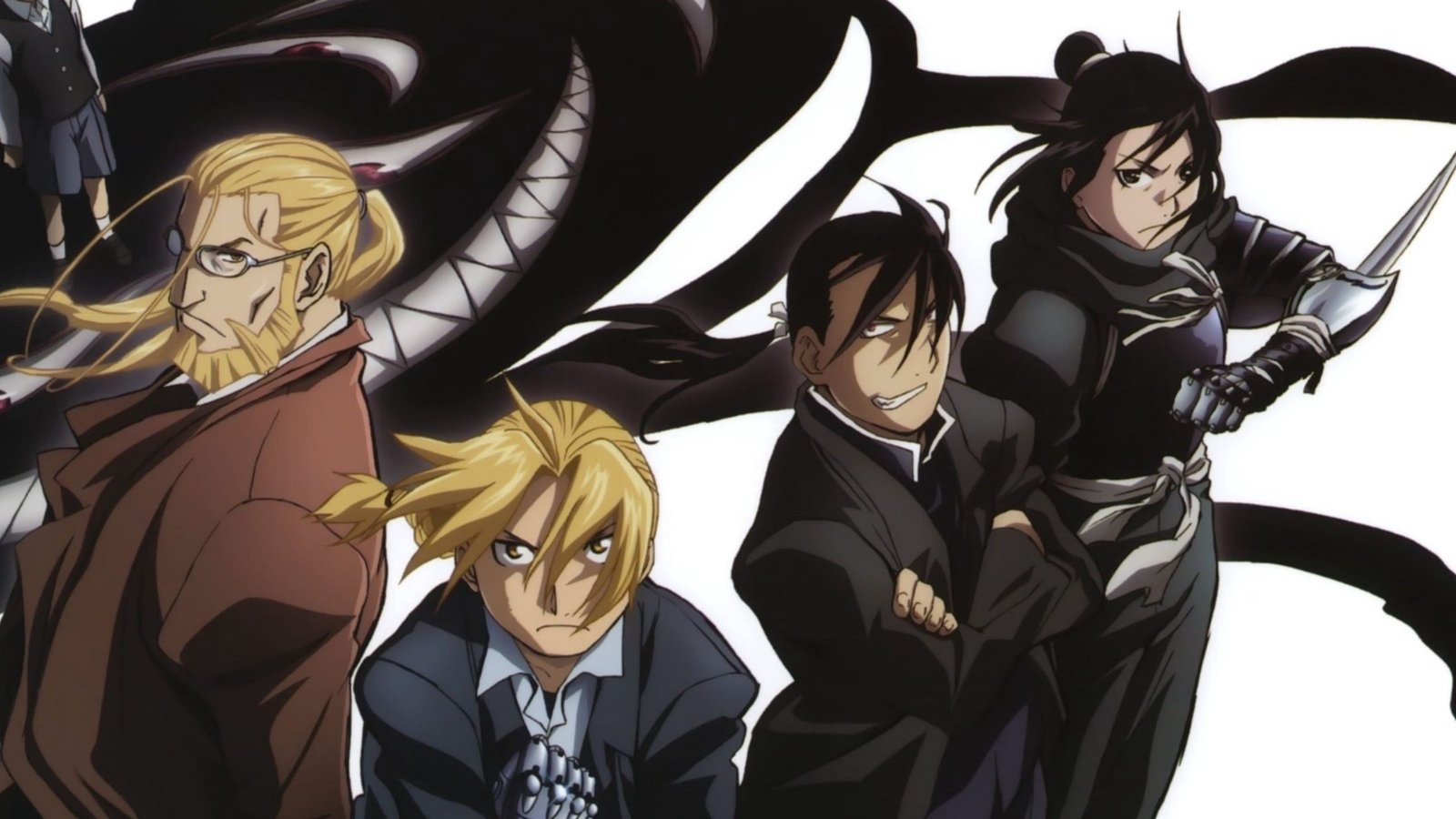 Faith is a word that implies confidence, hope, strength, motivation, But Fullmetal Alchemist: Brotherhood shows us that even something as soulful as faith can divert humanity towards an abyss of darkness, that how having faith in something without any consideration of the surroundings can be blinding and can push someone to do drastic things, even probably make a human lose humanity just for the sake of the blind faith in something.

God, as considered by most, is a superior being sitting above all maintaining the flow of existence throughout the universe. But the idea of God’s existence differs from person to person, from community to community. In different forms of media whether anime or not the very existence of God is portrayed differently. In Fullmetal Alchemist: Brotherhood the superior being, the God, the keeper of existence is expressed in a very unique way.

Here there is only Truth, a mysterious form of existence with no fixed form who appears in front of the characters with a close resemblance to the person in front of whom Truth appears. There is no clarity in the entire serious regarding who actually Truth is. Nothing is known about its origin and where the character actually gets to meet Truth. The series is based around Alchemy, a scientific phenomenon in the series which follows the law of equivalent exchange that allows the user to create anything if only provided with the right ingredients.

The series Fullmetal Alchemist Brotherhood is the second anime adaptation of the Fullmetal Alchemist series. Through its not a sequel to the previous installment. It’s more like a reboot with more episodes, a more intricate plot, more in-depth character influence. So much so that it’s regarded as one of the greatest anime of all time and retained the 1st position on Myanimelist for a long time. The plot follows the Elric brothers and is based in the fictional country of Amestris under the rule of a military government, which is heavily influenced by pre-World War 2 Germany bearing resembling political structure and methods to the Nazi government.

Also, the military leader who runs the country is called Führer. The story doesn’t only follow the Elric brothers and their endeavor but it also digs deep to a philosophical level to thinking. How faith can be manipulated to utilize for foul reasons. Militarism, scientism, losing one’s place of existence all these critical concepts and their effects have been portrayed in the series.

Fullmetal Alchemist Brotherhood was released on 5th April 2009. And its final episode was aired on 4th July 2010. Fullmetal Alchemist: Brotherhood Season 6 will never be released as the makers have canceled the show, although the writer in 2018 disclosed that he has been working on a spin-off and we might see the manga getting published by early 2022 and the anime adaptation by late 2022 or early 2023.

Edward Elric and his brother Alphonse Elric who were left by their father Hohenheim in their desperate wish to see the smile of their deceased mother again tries to carry out human transmutation, a forbidden form of alchemy that is believed to bring deceased humans back to life, which failed with a horrifying impact resulting in Alphonse losing his entire body. Edward sacrificed one arm and one leg to save Alphonse’s soul and keep in metal armor.

Edward ends up in a blank mysterious space with Truth, a mysterious being in front of him who had his missing limbs. After the incident, Ed and Al decide to find a way to restore their body. Unlike others Ed after confronting Truth doesn’t need a transmutation circle anymore to cast alchemy. With the help of the training from Izumi Curtis, their teacher, Ed, and Al join the state military and to get their body back starts their pursuit of knowledge regarding philosopher’s stone, a stone capable of defying the law of equivalent exchange and create anything out of nothing, only to know that it needs human souls as a sacrifice to make a philosopher’s stone.

Feeling conflicted and disgust after knowing the truth they started looking for alternatives. In Amestris, skilled Alchemists are hired to carry out jobs as the military wishes so the state alchemists are also called “The Dogs of Military”. The state alchemists are used as human weapons. The greatest alibi of this statement is The Ishavalan War of Extermination which was a massacre that occurred in Ishvala, a place in Amestris.

The massacre was so brutal that it smashed the conscience of some of the military officers such a Colonel Mustang, Riza Hawkeye, Armstrong, Hughes. It resulted in the Mass execution of common Ishavalans by the hands of state alchemists which nearly eradicated their entire race. Scar, a survivor of the Ishavalan massacre turned into a serial murderer and tracked down several State alchemists to execute them. But later finding the flaws in his path he joined Ed and Al on his path of redemption.

On the other hand, another is being called Father who had created Homunculus human-like but non-human beings made from the blood of Father. The Homunculus are 7 in number based on the seven deadly sins which are Greed, Lust, Wrath, Gluttony, Envy, Sloth, and Pride. Each having own set of strengths. Winry, a childhood friend of both Ed and Al also supported them throughout their journey. She made the prosthetic arm and legs used by Ed.

Greed gets infused with Ling, the prince of Xing, a country close to Amestris resulting in Ling having two souls in one body each taking control as necessary. Mei, another person from Xing with her own endeavors teams up with Ed and Al. Ed and Al along with encounter a lot of people some friends, some foes, and goes through an emotional rollercoaster, filled with internal conflict, questioning character development, and growing up in general as they navigate through their path of getting back their body.

In the end, it’s revealed that the entire country of Amestris is a transmutation circle which was created by the military government under the guidance of Führer/leader of the military, King Bradley who is the homunculus, Wrath and the military government is nothing but a band of dolls operating under Father. After a long battle involving a coup. Father is revealed to be a non-human being who used to be a dwarf in the flask who was released by Hohenheim himself and he wanted to be a God, the perfect being and to do so he used Amestris as a circle and its people as a sacrifice to attain such strength.

MUST-READ|| Terror In Resonance Season 2: Is The Anime Returning?

Hohenheim having known the plot of Father for so long was traveling across Amestris leaving blood trails behind at certain points throughout Amestris which made a reverse transmutation circle that contradicts the formation of the circle created by Father. Father failed in his endeavor, filled with rage he tried to kill Ed. Al sacrificed himself to give Edward his arm back. Ed defeated Father and sacrificed his ability to use Alchemy to get Al back along with his body.

MUST-READ|| Hitorijime My Hero Season 2 Release Date: Is It Renewed?

Fullmetal Alchemist: Brotherhood is a story of a beautiful bond filled with strength, understanding, love shared between two brothers, it is also a story of redemption, growth, and deeper philosophical existence. It also highlights that how scientism can be harmful if not checked just like any other form of belief. Fullmetal Alchemist: Brotherhood shows the viewer having faith is good but not when it’s blinding and that humanity is the thing that should be considered over everything.

No official trailer is available on YouTube as of now.