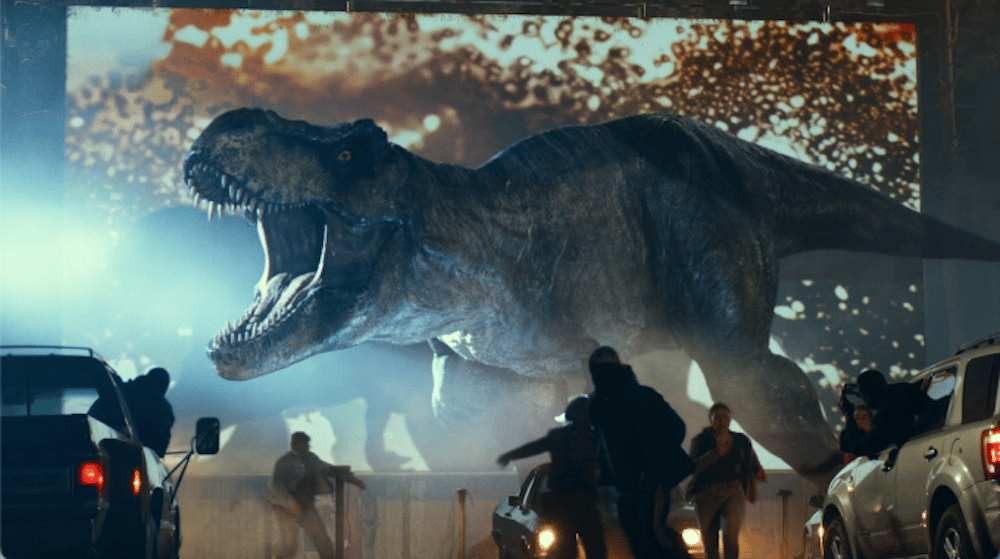 Jurassic Park is one of the most famous movies of all time. The Jurassic world was the fourth movie of the Jurassic Park franchise or you can say that it’s the first in the Jurassic World trilogy. Jurassic World. It was set to be produced in 2004 but they failed to do so because of the development problems. The script was revised several times and the final script was made in 2013 when a new director was appointed and finally production in 2014. The film was released on 12th June 2015. The budget for the film was 150 million dollars. And box office value of 1.670 billion dollars.

The Prehistoric Kingdom is a game that has unlimited possibilities waiting to be uncovered. Though the isn’t of the Jurassic Park franchise it’s worth a shot It’s written at its site that you can design and decorate beautiful habitats using an array of powerful creative tools. You can grow jungles, carve rivers, and raise mountains across the gigantic playable area to create a suitable park for your specimens.  Not only that you can construct the house and shelter with your own hands.

Along with this, the information about how to manage simply takes the role of park manager by developing the infrastructure to care for guests, animals, and staff alike. Ensure resources and safety is kept to delay the inevitable! As for growth, from the majestic Woolly Mammoth to the mighty Tyrannosaurus rex, undo the rules of extinction by breeding a diverse selection of prehistoric wildlife. New creatures can be found all over the world and the same goes for genetic material. So how the game turns out will depend on the user’s ability.

It is a game developed and published by Frontier Developments. The Game was launched on November 9, 2021. The game was available for Windows, PlayStation 4, PlayStation 5, Xbox One, and Xbox Series X and Series S. Similar to the first game, Evolution 2 is also business-related in which the player constructs a Jurassic World prehistoric theme park. The game contains more than 75 prehistoric species, including various dinosaurs, marine reptiles, and pterosaurs. Players need to build an area that will ensure the visitor’s safety while viewing the animal and enjoying the scenes.

Each species have its specific reason (habitat) and food they need to be in the best health. The game features a dynamic territory system that sees animals combating each other for resources if they live in the same habitat. Their territories constantly change depending on the resources available in their habitat. It is bond have some new feature in the game compared to its predecessor the game has new species with more intelligence who hunt in a group and they interact with each other more frequently. The same goes for the terrain tool it is completely different and players have to plant more specific trees and shrubs for the herbivores to eat.

Also Read: Why Does Gorr Want To Kill Thor?

It is a Shooting game developed by Systemic Reaction and early excess is available for Windows, Xbox One, Xbox Series X, and Series S. it was available on Windows: on October 13, 2020 (early access), and Xbox versions: on April 28, 2021 (early access). Second Extinction is a first-person shooter, and a live service game, with content updates being made regularly. Playing an online game does bring some problems as this game doesn’t have a pause feature.

The game revolves around mutated dinosaurs that took over the Earth. The survivors of the human race who retreated to the orbital station finally returned to earth to raise a war against dinosaurs. The animals work together against the player. Enemies include raptors and T. rexes. Because all the dinosaurs are mutated, they have unusual features, like the ability to generate electricity to launch shock attacks. They do have some other abilities like acid-spitting some can dig and others can call reinforcement too.

The game can be played solo, but it is meant to be played as a three-player cooperative video game. The game has several playable characters, who are divided into different classes, each one with its weapon.

It is a shooting game developed by Iguana Entertainment and published by Acclaim Entertainment for the Nintendo 64 console, Microsoft Windows, Mac OS X, Xbox One, Linux, Nintendo Switch, and PlayStation 4. Let’s talk about the gameplay a bit, One of the player’s main objectives is to find pieces of a relic known as the Chronoscepter; there is one piece on each level. While exploring these different levels you have to face enemies such as poachers, gunmen, indigenous warriors, dinosaurs, demons, and insects. Turok has 13 weapons plus the Chronoscepter, ranging from a knife and bow to the most high-tech weaponry available. All weapons except the knife require ammunition and it can be obtained by dead enemies or picked up in the levels. Enemies and boss characters have multiple death animations depending on the way they are killed. We have to fight from a close range because the item dropped by the dead enemies disappears quickly.

As for the Game plot, The player assumes control of Tal’Set (Turok), a Native American time-traveling warrior. The mantle of Turok is passed down from generation to the eldest male of the group. Each Turk is also burdened with the responsibility to protect the barrier between earth and the lost land (an area with no meaning of time). The Lost Land also has inhabitors of various races, that vary from dinosaurs to aliens. There is an ancient artifact known as the Chronoscepter, its power is beyond imagination but that may lead to more destruction that is why it was broken into pieces so that no one with evil intentions can get it. And the evil overlord known as the Campaigner is trying to obtain the ancient weapon. The Campaigner wants to use the Chronoscepter to destroy the barrier separating the age of time to rule the world. Turok vowed to find the Chronoscepter’s eight pieces to put an end to Campaigner’s schemes.

Also Read: Will Thor Die In Love And Thunder?

It is an action RPG game developed and published by Capcom and the fifth mainline installment in the Monster Hunter series and is available for Play Station4, Xbox One, and Microsoft Windows. It was released on PlayStation 4, Xbox One (January 26, 2018), and Windows (August 9, 2018). The story of the game is similar to the previous one the players take the role of a pre-created character who travels to a new world to study the land from their base of Astera by joining the Research Commission. The Research Commission hunt the species roaming around the land and tries to get them dead or alive so that they can study them, it also ensures their safety. The player’s character does not have any intrinsic attributes, but all of this can be obtained by having the right equipment, simply saying your power depends on the power of the equipment you wear. This includes a weapon, selected from the series’ fourteen archetypes (such as a long sword, bow, or hammer), which then further defines the types of combat moves and abilities the player can use, and pieces of armor, which can be useful for the players if it matched properly with the skill. Only the basic equipment is available at the store that can be brought using in-game money for the rest, work hard to achieve what you want to have. You can get them by killing the enemy or by completing the task given to you. We can see all of this as a big loop, players kill monsters to get a different type of loot and with the correct loot, they can upgrade or create weapons and armors. Then they can fight more powerful monsters to get other loots and the process continues in the game.

Astera is also the hub for the player to buy or sell their goods, craft new equipment, and get a new quest. There is also a feature that allows the construction and up-gradation of armor and weapons. At the forge, you can use parts of monsters and resources that you obtained to create weapons the more powerful the monster is the best your equipment will be. Weapons and armor also carry various skills which several different effects for the player; World introduces a new streamlined skill system compared to previous games, where each weapon or armor piece has one or more ranks in at least one skill, and the total effect a skill on the player is determined by adding up all ranks of that skill from all equipped items the player carries.

Not only these there are some additional features like a farm to grow quantities of flora, a training area to practice, and a special arena challenge to fight one or more monsters. There is a canteen that allows ordering food that helps the player to get bluff.