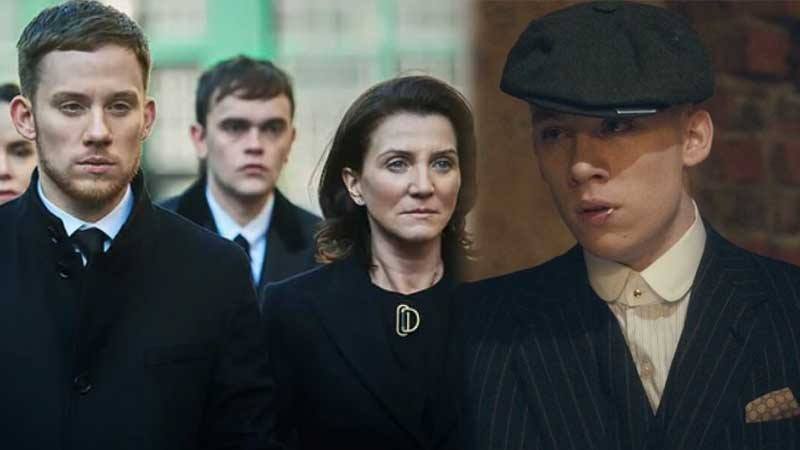 There is something about watching crime and action shows that gives you the adrenaline rush now and then. If you are a fan of such shows, then you are in the right place. The British drama series Gang Of London is just the thing for you. The show made its first appearance on the 23rd of April 2020 on Sky Atlantic. Being recreated from a Video Game, the show was directed by Gareth Evans.

The show centers on two infamous Rivals of London and the conflict between them. The strain among the gang arises with the assassination of Finn Wallace, the leading member of the prominent groups. The death of the chief brings about huge mayhem among the authority, creating a void among the members. Consequently, Finn’s son, Sean begins a quest to seek revenge on the liable for his father’s death. The hunt discloses many underlying secrets for Wallace of drug rackets and murder. The roller coaster of mystery and action is meant to set the mood of the fan base as further episodes unfold.

The show has a qualified 4 to 5-point rating on different critic blogs. The crime-centric show has also been nominated for various awards and has acquired the BAFTA Cymru Award for the best ending in 2021. The fans must be keenly optimistic about the upcoming episodes after the cliffhanger leaves them on the edge. Hopefully, the wait is not for long.

For all the fans who are enthusiastically waiting for Season 2. There is good news for all of you. The release for Season 2 has been declared and we are happy to announce it. The show is supposed to air on the 20th of October 2022 in the UK and on 17 November 2022 in the US. If any further updates are received then it will be notified accordingly. Till then, keep following us for updates.

The unduly and mysterious homicide of Finn Wallace, the head of London’s billionaire mafia, brings about a drastic fall in the rein of the Wallace family. The position of authority has trembled due to the absence of the spearhead, while his son, Sean takes up the responsibility of the business and family. The Mafia’s son accompanied by the Dumani family rebuilds the Wallace empire, just to discover further anarchy.

The game-adopted series has the potential to live up to the standards of its origin with all the thrill and essence of chaotic pleasure. Elliot being undercover stays part of the chaos until the end, just to turn out to be a diplomate of the republic of Panama. The world of money, mafias, and malice has been beautifully crafted, exposing the crude reality of the mafia world.

As we get to observe that only Elliot and his family stay alive after the massive outbreak of revenge, Season 2 is probable to display the forthcoming life of Elliot with his family and may become more powerful. Nevertheless, his life may be endangered as some distinct members of Wallace’s lineage might attack him for hammering the final nail in the coffin. However, no solid assumptions can be drawn as Season 2 is yet to realize.

Many of the cast in Season 1 such as Finn Wallace (Colm Meaney) and his son, Sean (Joe Cole), and other majors are to be absent in Season 2 as most are ruthlessly slaughtered in the gigantic face-off. The show envelops a vast number of the cast to exhibit the empire of crime and scandal. Meanwhile, In Season 2 we can expect Elliot Finch (Sope Dirisu), the undercover cop who is seen to have made a narrow escape in the showdown. He is also expected to lead the show as a glimpse of the trailer expresses a profound autonomy in his character. Many new cast members are also expected to be a part of the show as can be predicted based on the number of casts in season 1. Yet, nothing can be stated for sure.

The first appearance of Season 2 as a snippet on YouTube is enough to fill the fan with much excitement. To all the fans who have been eagerly waiting for Season 2, we are glad to announce that the trailer has already been released, therefore do check it out.

Where to Watch Gangs Of London Season 2 online?

The prior viewers of the show must be readily aware of where to find the show. for those who are new to this show and are curious where to find it, we have got you. AMC+ and Amazon Prime Video are a platform that allows you to subscribe to stream the series. If you are looking for a repeated binge, the show can be purchased on VUDU and iTunes. It can be expected that Season 2 is going to be aired in these mediums. However, if the show is subjected to any change, the viewer will surely be informed with prior notice.