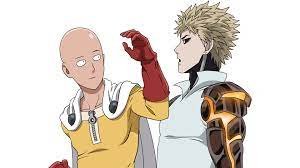 Genos and Saitama are the 2 key protagonists of One Punch Man, a digital manga series that has been adapted into a television animated series. Since its debut, the series has been a popular fan favorite. Even though Geno is the series’s second main hero, he never seems left out. The tale is excellent, and even though the show’s main focus is on Saitama, Geno is able to make his own effect and force viewers to choose between him and Saitama.

The fight involving Saitama and Geno takes place in episodes 5 and 6 of the TV series. Following his fight with Boros, this was Saitama’s second-longest combat, lasting 4 minutes and 33 seconds. This encounter is especially worth seeing because, despite being far less powerful than Saitama, Geno manages to keep the fight going for further than a minute. This conflict now depicts a true fight between both the two characters, but this is all part of the tale, and we won’t ruin it for those who haven’t seen the series yet, which we believe is improbable. The show makes a big impression on viewers and quickly turns them into fans because the action scenes, script, and cinematography are all fantastic. Even though the fan bases for both protagonists are distinct, they constantly wonder what would happen if their favorite characters fought, and the solution is supplied in episodes 5 and 6 of the Television show.

The primary protagonist and strongest person in the webcomic/manga/anime One Punch-Man is Saitama, better known by his superhero name Caped Baldy. Saitama has an impossible situation since he has allegedly educated himself so intensely that he has unintentionally broken the inherent limitation that prohibits life forms from progressing beyond superhuman status. He has become too formidable to derive any pleasure from his heroism.

He is a B-Class Superhero (A-Class in the comics) who is charged with defending Z-City against mystery beings, according to the Heroes League.

Genos, sometimes known as the Demon Cyborg, is the second lead character of One Punch Man, a webcomic converted manga/anime series. He is a Hero Organization S-Class hero and Saitama’s apprentice, as he strives to get stronger in order to destroy a renegade cyborg who murdered his parents 4 years ago. In the anime, he serves as a counterpoint to Saitama.

Read More | Oreshura Season 2 Release Date To Be Out Soon?

Saitama and Genos are ranked last among their categories after passing the National Superhero Registry exam, with Genos ranking 17 in the S-Class and Saitama ranking 388 in the C-Class. Genos later compliments Saitama for agreeing to a training match and advises him to take this seriously. The goal of this training battle was to determine the extent of Saitama’s strength.

Genos fires a shot at Saitama, however, he fails. He then throws a flurry of punches towards Saitama, who deflects them. Genos tries but fails to hit Saitama with his incineration cannon. Genos tries to attack Saitama again with a volley of blows, however gets speed blitzed by Saitama, who reveals out to have been pursuing his afterimage all along.

Genos attempts to attack Saitama with a much more advanced form of his incineration cannon, but he effortlessly avoids it; Saitama touches Genos on the shoulder, pinches him in the face when he turns his head and declares victory. Genos fights back by attempting to strike Saitama, but Saitama dodges the punch by hopping over and from behind him.

Genos then tells Saitama that now the terms of the battle require him to take the fight sincerely and fight until he is unable to do so any longer. The muscles in Saitama’s legs tense up slightly, and he emerges in front of Genos. Genos tries to kick Saitama, but Saitama steps in front of him. Saitama’s punch flies at Geno’s as he turns to confront him. Genos is aware of his approaching death but is powerless to stop it. Saitama’s punch comes to a halt just as it is about to strike Genos, and the full force of the impact appears to pass past Genos. Genos is tapped on the head by Saitama, who advises them to have some udon.

Where to Watch One Punch Man?

Because the show is already well-known, fans hail from all over the globe, not only Japan, where it began. Netflix and Amazon Prime now have the program accessible.

The very first season of the series is accessible on YouTube and on our website. As of now, the official trailer for the second season is really not available on YouTube. Because the program is so successful, several adaptations have been already developed, and many others are in the works.