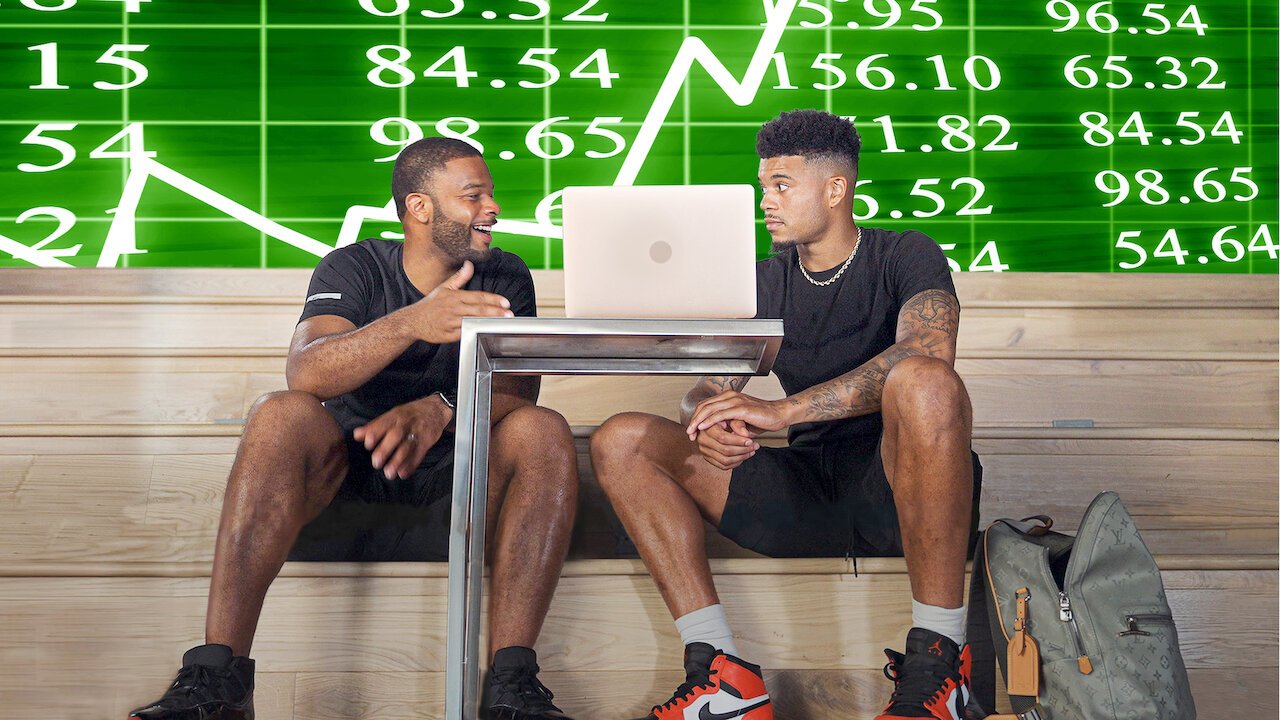 What do we all need to lead a better life? Well, when this question is asked to several individuals you will be getting many different answers among which the most common will be money. Earning more and more money cannot help you with the standard of living and a happy future but it is a systematic and proper investment and savings that lead to a satisfying life. There are very few people who are aware of their income and savings wisely. Keeping these things in mind Netflix has introduced a series titled, Get Smart With Money.

This documentary starts with Benjamin Franklin’s quote, “An investment in knowledge base the best interest.” And then we see a businesswoman Paula Pant arriving on a stage to address hundreds of people. She is the founder of AffordAnything.com. She says she will teach the folks how to save, earn more, invest, and retire. According to her, no one teaches how to manage money wisely, and so many people suffer in their life regarding their savings, finance, and emergency conditions.

The following personality who arrives on the stage is Ro$$ Mac. He says that it’s the only black wealth that matters. He wants to educate the community about building the world and how to invest their money. The following individual we see in the scene is Tiffany Aliche, a financial expert and the author of “Get Good With Money Magazine.” In addition to all these individuals, we have Pete Adeney. He is the founder of Mr. Money Mustache and retired very early compared to other entrepreneurs.

The documentary officially starts when we have several people talking about their money and other debts. Someone must pay the student bill while the other struggles to start a family. Many are concerned with retirement and increasing their savings.

Since the documentary will track the people’s life for a year, their journey starts from the first month.

Get Smart With Money Story Explained

The scene changes, and we land in Austin. Lindsey wanted to attend a fashion school, and then she wished for a job. Had dream is to become a designer by the age of 35. But she is unable to do so. For the living expenses, Lindsey works at a beer garden and brewery. After getting her salary, she pays her rent, credit card bills, and much more.

Lastly, she is left with no money; hence, her debt load is rapidly increasing. She also wants her health insurance but cannot afford it. To help her out, Paula Pant meets her at a place and discusses each other’s phases of life and struggles. Paula tells how she used to earn 21000$ a year as a newspaper reporter. She advises Lindsey back on the cost of house transportation and food. She suggests she rent a room, travel in cheaper transport, and prepare pre-cooked meals. Also, Lindsey is guided about how dog sitting can make money for her.

The second destination where the movie takes us is Pembroke Pines. We have Jalen Teez, a football player and enthusiast. He has a wife and a daughter too. You received a check of 1.6 million dollars when he was 21, but he had to pay 40% tax, and his agent, out of this amount. After all this expenditure, he bought his mom a house and spent on jewelry and traveling without a second thought. This ultimately hampered his income. He believed that football would keep bringing him money, but after a while, he was released from the team because of an injury. When left with no income and an unstable financial crisis, he meets Ro$$, who started buying stocks at 18. He advises Teez to go for S & P 500, a stock market term.

The third person whom we see in the documentary lives in Saddle Brook. This time we get to know the story of Ariana. She was the first person in her family to attend college; her parents were from the Dominican Republic. Ariana had a student loan of 108,000$.

After college was over, even though she knew that she could not afford many things, Ariana spent carelessly on clothes and brunch. She has two children, and ultimately, her monthly expenditure increased; in opposition to this, credit card loans and savings made her life burdensome.

Now, Tiffany enters, and we get to know that past her life, she was a preschool teacher who had a depth of large amount. She visits Ariana’s house to help her with the finances. Tiffany listened to all the problems, and in conclusion, she came up with four questions that one should ask before buying anything:

No, it was for the time when the documentary focused upon a couple, Kim and John. John is an engineer but lost his job in covid-19, so he stays at home doing household chores. And the other hand, Kim is a psychotherapist and women’s empowerment coach. She says that income increased yearly, but expenditure also marked a significant increment.

The money advisor helping them is Pete Adeney, founder of Mr. Money Mustache. The couple wants a stable retirement plan, so they are advised to invest up to 25 times the living expenses to have a comfortable early retirement. Pete analysis the couple’s monthly bill and comes up with a solution and tells them where Kim and John can save money.

This documentary moves forward, and then we see Ro$$ and Teez discussing share markets and stock. This football player is learning the tactics to save his income so he can lead a comfortable life.

ALSO READ: Once Upon A Small Town Episode 1 Recap And Ending Explained: Old Grandpa Is A Prankster!

Get Smart With Money Ending Explained

Lindsey is giving her time to do dog walking and make sketches that can help her. Also, she left her other job, so the weekly income is not reduced to 800 dollars. She had her art market for the first time. After a few days, she also quits her only job and is looking out for an art career.

Teez is going to Chicago for trials. On the other hand, his financial advisor wants him to invest in two index funds.

Ariana is trying to lessen her expenditure, but there is a lot more upon which she needs to work. She calls herself a nasty partner and a bad mother because of the past decisions she made in her life.

John went grocery shopping, and the cost was much less this time than last month. Kim and her husband saved 3000$ in their monthly expense. Pete and the couple discuss and plan early retirement and investment in more depth.

As this documentary movie moves further, we see Lindsey is dealing with depression. Teez has not been selected. Ariana’s car broke down. Kim and John are finding it challenging to save for future investments.

Lindsey got two opportunities, and she is excited about them. Her savings are increasing, and she is looking forward to it.

Teez invested in two more stocks, Apple and Facebook. His investment amount has increased over time.

Kim and John are selling their house to shift elsewhere, where they will pay less rent.

Get Smart With Money Review

The documentary ends when these four stories see positive growth. They all developed a sense of making money smartly, and day by day, they are progressing positively. The movie ends with a short description of the financial stability of these four lives.

If you want to manage your money smartly and get ideas about managing it effortlessly, this Netflix series is a must-watch. The four different stories will not only inspire you but can ignite a new concept in your mind related to your plans and finances.