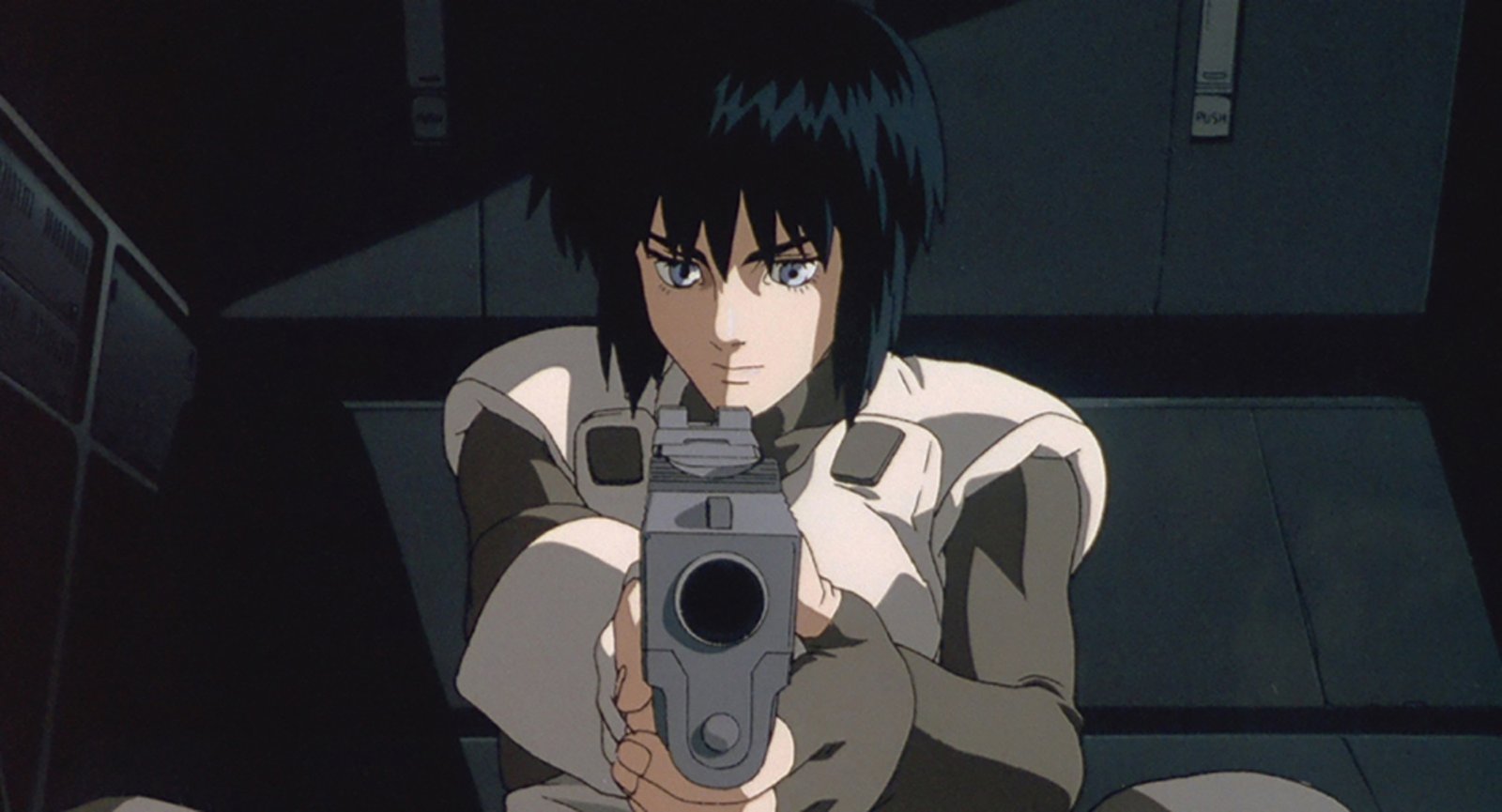 An extraordinary plot that brought a new genre to light back in the early 2000s where the futuristic- noir genre wasn’t that widely acclaimed as it is now. A thriller plot set up in a dystopian future which is not far away now, isn’t the only thing that makes the series stand out, the intricate method of storytelling with proper narrative and an amazing world setup also plays a vital role in the overall production.

It is safe to say that the Ghost in the Shell franchise is one of the pioneers of the Japanese cyberpunk aesthetic genre whose influence can be seen in current media a lot such as in music, movies, and even video games.

Ghost in The Shell – Stand Alone Complex is the anime series that is based on the set up same from the renowned movie Ghost in the Shell (1995), the movie has left a landmark in the history of movies and is considered as one of the greatest animated movies of all time. Just like the movie the series Ghost in The Shell – Stand Alone Complex follows the same protagonist named Matoko Kusanagi.

Here’s what we know about the Ghost In The Shell Season 2 Release Date.

Ghost In The Shell Franchise

Ghost in The Shell franchise along with Akira (1988) and Cowboy Bebop (1998) laid the foundation of an entirely new genre back then which is popularly known as the Cyberpunk genre now. The impact of the franchise can also be observed in the current widely acclaimed movie such as Blade Runner which also seems to have been influenced by this Cyberpunk genre.

CD Project Red’s latest game “Cyberpunk 2077” clearly resembles the cybernetic and futuristic Japan aspects from the Ghost in The Shell series even though the game had game-breaking bugs, questionable in-game physics and console issues, the story aspect of the game has been widely acclaimed.

Recently there was an independent modern American live-action Adaptation of the original Ghost Of The Shell movie where Scarlett Johanson played the leading role however that movie didn’t receive the response it was supposedly expecting as it received a lot of criticism. The futuristic world set-up and how the creators used the world and its different aspects to portray a breathtaking story enough to push the viewer to the side of their seat in thrill is commendable. Deep philosophy, amazing animation quality, well-choreographed action, amazing character design matching the world set up properly packed with a remarkable story with proper execution are all the key features that made the anime so successful but the actual spotlight goes to the characters who are exquisitely written each with a deep story and perspective of their own.

The plot is set shortly. We get to see the life of one Motoko Kusanagi as she deals with the issues and conflicts that lurk around in the futuristic world. In the anime, we get to see that the era of cybernetics has begun. An era where humans are not only using metals and machines to make their life easier but can also turn them partially into machines. Cybernetics is a very advanced kind of tech that can be utilized by anyone to place on their body in place of flesh or bones. These cybernetics grants special characteristics to the user which include heightened physical ability, enhanced technical abilities, and whatnot.

But everything has its advantages and disadvantages, every coin has two sides. These cybernetics, even though they made the life of humans easier it came with their fair share of threats since a lot of criminals can also get a hold of them resulting in more grim and proficient crimes making it harder to catch them.

This dire situation and complex situations have compelled the Japanese Government to establish Section 9, an independent police unit that operates only to deal with highly critical crimes. Makoto Kusanagi is a part of Section 9. The section holds a high reputation for its successful endeavor to subdue crime however a new highly skilled hacker who goes by the alias “The Laughing Man” begins to threaten the peace and then the story kicks off as Motoko along with her comrades sets off to catch this new threat.

Ghost In The Shell Season 2 Characters

Motoko Kusanagi- Atsuko Tanaka who is widely renowned for her roles such as Lisa Lisa in JoJo’s Bizzare Adventure, Konan from Naruto Shippuden is also the voice actor behind the voice of Motoko Kusanagi. She was born on Nov 14, 1962.

Also Read- The Stranded Season 2 Release Date: Everything We Know