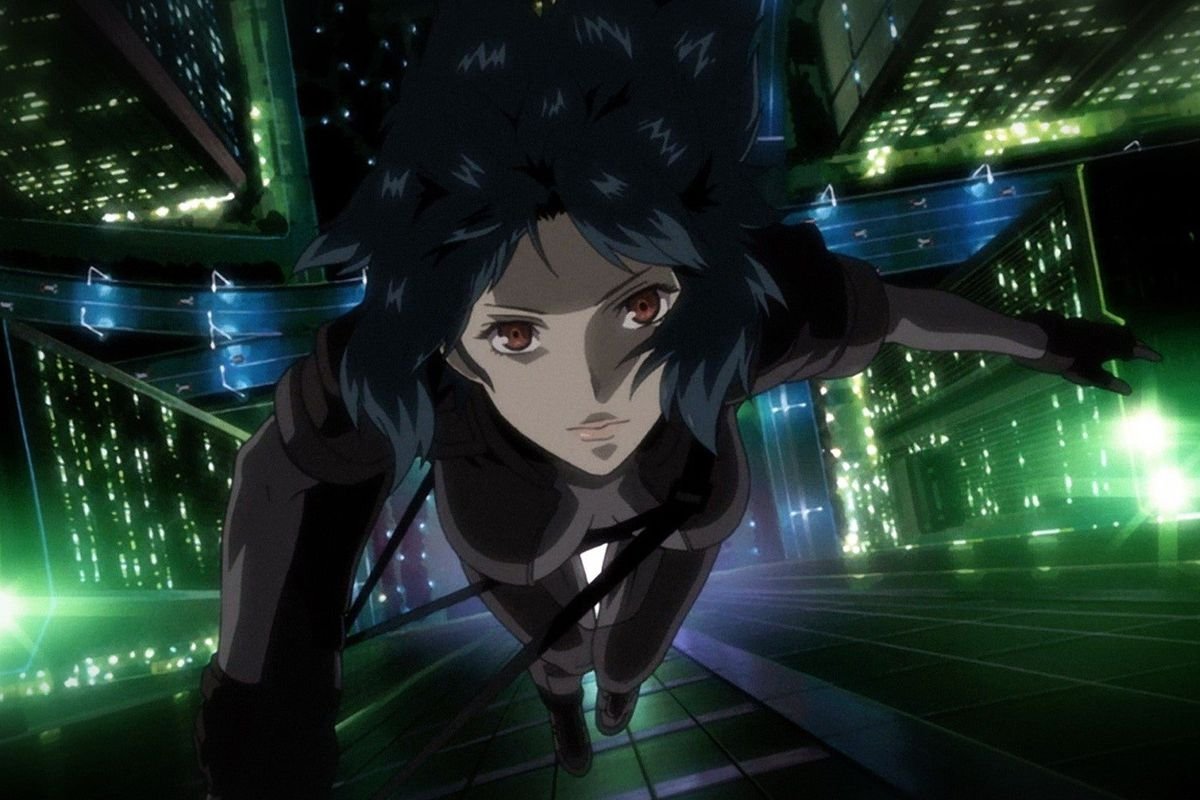 Hey all! Now tell me honestly, do you watch anime? I hope you do, otherwise, you would never understand what you are missing out on! I would personally suggest you start watching immediately. Or if you are a book lover then at least read the manga. Now, I will move on with the discussion of the topic of today.

The anime is also known by the name of Koukaku Kidoutai. The anime is adapted from the manga. First, a movie version came out following the other series and prequels. The action, sci-fi, psychological movie premiered in November 1995.

Ow, remember that though this is an old animation it is still famous to date. Not only is the manga popular among its readers but even the anime is too most watched. I don’t remember anyone who hasn’t yet heard the name of this anime in particular.

With a rating of 7.9 from IMDb, 8.3 from My Anime List (MAL), and a vote of 97% from the rotten tomatoes, just go and enjoy the animation folks after you go through the article.

Now let me tell you about the story in short. And who knows after going through it, it might intrigue your interest as well.

Ghost In The Shell Story

The anime opens in the year 2029, and you can well estimate the number of changes and advancements that Japan City has now. The City has become technically advanced so much so that the citizens with expert hands can replace the injured limbs with parts of the robotic machinery or in shorthands.

But all things have their ups and downs, as we all are aware. The city has become a hub of terrorism, corruption, and all kinds of threats and who is responsible for all of these? It’s none other than the Public Security Section 9 of Niihama City.

But the Major who is really strong-willed is on the trails of a hacker known by the name of the puppet master who leaves his victims stripped of their memories. But this mysterious hacker is not a human.

What will happen when Section 6 gets involved and all are in hot pursuit to catch this villain, will Motoko be able to solve the mystery? Or will he end up getting answers to all his quotations from the villain himself?

Now that you have read the story of the anime, let’s get into the correct order in which you should watch the anime.

1. Ghost in the Shell

The sheinen anime is adapted from the manga written by Masamune Shirow.

Earlier on I discussed the story with you. So, I will not repeat the same thing again and waste your time and destroy your interest. You can scroll up and read again if you want.

Then next I will directly move on to the next part.

Next comes the series. This series is also known by the Japanese name; Koukaku Kidoutai: Stand Alone Complex. The series has a total of 26 episodes and the Fall anime premiered in 2003. With a runtime of 25 mins, the sheinen drama is available on Netflix.

Rated 8.43 by MAL, this one is also famous and a must-watch if you have enjoyed watching the movie.

Now let’s discuss the synopsis. The animation series will again open with the same era keeping in mind the advancement of technology. The advancement has opened the doors for more crimes and dangerous activities being held in the city. To eradicate them, and keep them in control, the government has established Section 9. They are the independent police units that keep the crimes in check.

Led by Motoko, the unit is doing a really great job. What will happen when the team faces a new villain; the Laughing Man. Will it start a new cat and mouse chase or will the unit get hold of him easily?

Also known by the name; Ghost in the Shell: Stand Alone Complex 2nd GIG. This season has 26 episodes and runs for 25 mins. The action sci-fi is rated 8.53 and is available on Netflix and Crunchyroll.

The anime follows the Laughing Man case. And Japan’s newly elected President takes over the crimes that are frequent in Japan. A new menace starts committing more severe terrorism and Section 9 is hot on the heels. As they pursue the leading member of this group what connection actually has?

This is actually an OVA and runs for 3 mins only. You can even skip this as it holds no special significance. The OVA is also known as; Ghost in the Shell: Stand Alone Complex 2nd GIG – Individual Eleven – Tachikomatic Days. Rated 6.80 by MAL, the anime aired in January 2006.

You can watch it on Crunchyroll, Funimation, or Gogoanime.

This is just a short OVA or special episode. After this again you have another sequel which is the continuation of the previous season.

This is again an OVA and has 26 episodes and runs for 1 min each. You can again skip this one and continue with the TV seasons. But if you wish to watch you very well can, as the episodes are indeed very short and will finish off in 30 mins or so.

Known by the name of Ghost in the Shell: Stand Alone Complex 2nd GIG – Tachikomatic Days the anime aired in 2004 and completed its air in 2006. It’s there on Crunchyroll and Funimation. The anime received a rating of 7.17 from MAL.

DO READ | How to Watch The Thing About Pam Online from Anywhere?

This is actually a movie, but you can also call it an OVA. This one is a compilation of the Ghost in the Shell, 2nd GIG. You can watch the 2 hr 41 mins movie if you wish. But you can again ignore it if you watched the 2nd Gig as I said this is the movie where the series is put together. So, if you don’t wish to watch the season part by part you can directly watch the movie.

Also known as; Ghost in the Shell: Stand Alone Complex 2nd GIG – Individual Eleven, it premiered in January 2006 and is rated 8.00 by MAL.

Watch the anime on Funimation.

7. Ghost in the Shell 2: Innocence

When the Major goes missing Section 6 is standing alone and is made to face some of the gruesome crimes. Bartop is actually a cyborg who was a human and has the parts of a robot’s brain and the memories are that of a woman.

Now a lonely ghost he is existing in a part of the world that has completely forgotten the existence of humans.

Ghost in the Shell: Stand Alone Complex – Solid State Society, this is the second part of the movie. Rated 7.9 by IMDb and 8.1 by MAL, the movie runtime is 1 hr and 48 mins. The movie aired in September 2006. You can stream this one on Netflix.

This time there is a new hacker in the city and he hides by the name; Puppeteer. It’s already been 2 years since Motoko has left Section 9. A new leader is chosen and the question is, is the complacent in his job? Or with the coming of the hacker put everyone in danger?

Section 6 is again involved in finding the new hacker and his whereabouts? The movie also focuses on Motoko’s relationship with Batou. And the mystery that surrounds the Solid-State Society.

It’s adapted from the Manga.

This is a movie also known as; Ghost in the Shell: Arise – Border 1: Ghost Pain. The watch time of the movie is 58 mins and is rated 7.45 by MAL. The movie is there on Crunchyroll and Funimation, go and stream it now!

Adapted from a manga, it’s set in the time of 2027 Japan. It’s a prequel after the fourth World War. The Unit again finds itself warped in a bombing. Will Mogtoko be able to set things straight?

Motoko and an extraordinary Hacker are set to solve this case. Watch it on Netflix.

The world faces a global crisis in finance. As new kinds of Cyber threats appear will Section 9 be able to handle them all?

With this, I finish the complete chronological order of Ghost in the Shell. You can follow the order and watch the seasons, OVA’s, ONA’s, and the movies accordingly. This is a really interesting series and is worth watching for all those who love anime.

You will find the trailers on MAL, YouTube, and other platforms and pages. Visit them one by one and after reading the article go and watch them.

Till then I will take off and come back with more interesting news, facts and content.

ALSO READ | 12 Anime Like Trigun That You Must Watch