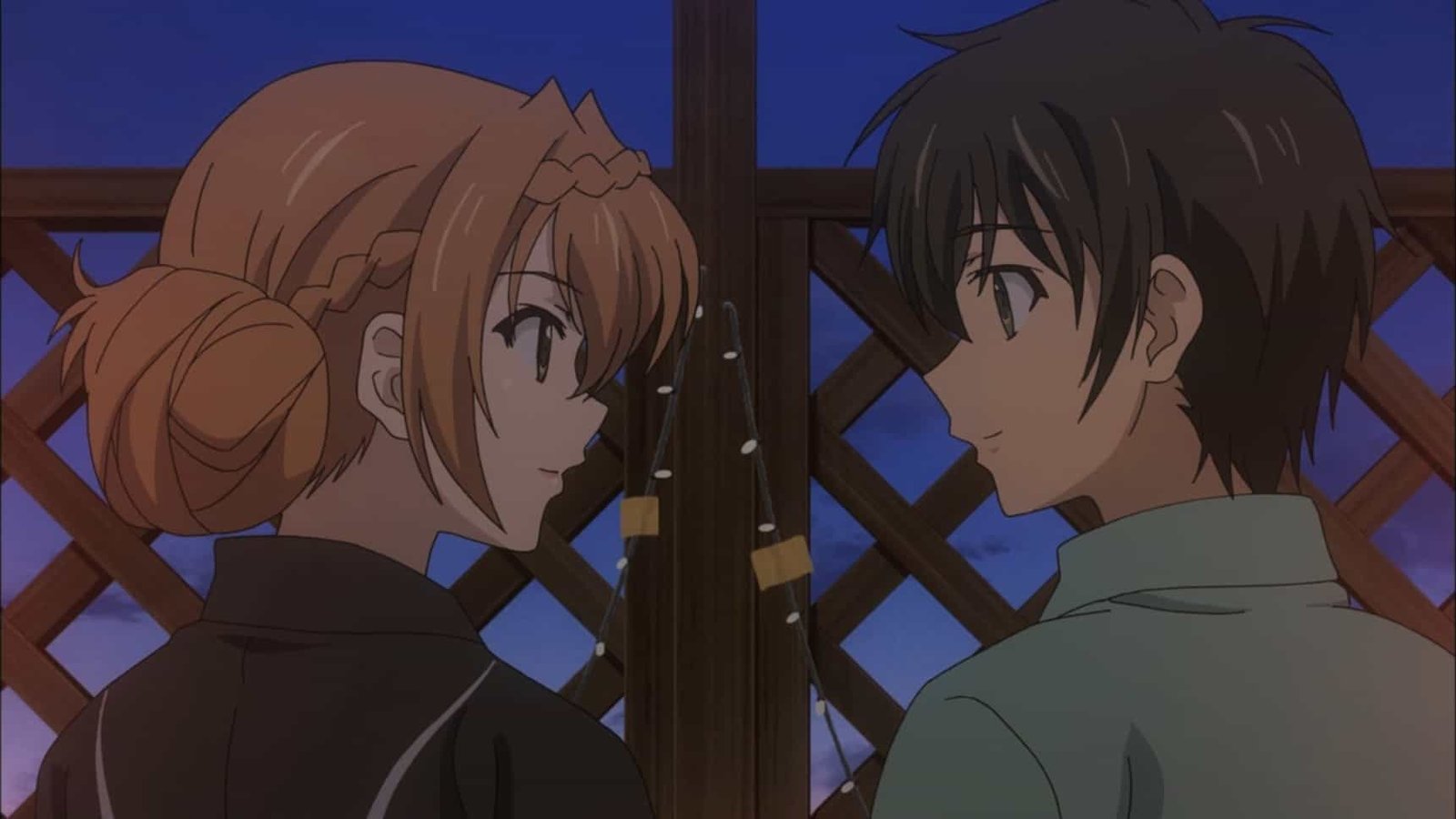 J.C Staff has created many rom-com anime, the best of which are ‘Bakuman’ and ‘Ano Natsu.’ ‘Golden Time,’ another similar show, does not keep you on an endless loop of wondering whether two characters will date or not, but it does have a lot more going on. Its plot moves quickly, and the narration is written in such a way that you can see everything from the main protagonist’s point of view as a viewer. This allows the viewer to feel exactly how that character feels in any given situation.

‘Golden Time’ is more or less like a puzzle in that each episode introduces small elements of the main story and allows you to piece them together, bit by bit, to create something much larger and more impactful. It depicts real-life problems and obstacles that a potential couple may face, rather than just the lovey-dovey side of relationships.

While the anime’s technical side is still not all that impressive, ‘Golden Time’ is a pretty good anime full of light-hearted comedy and relationships with contradictory ideas, just like real life. Definitely a must-see for any romance anime fan out there.

Season 1 of ‘Golden Time’ premiered on October 4, 2013, and concluded on March 28, 2014. Following this, there were no more OVAs, side stories, or spin-offs of the show, which is unusual given how popular it is. ‘Golden Time,’ in addition to being popular, has a slightly above average rating on most anime platforms.

The light novel from which the anime was adapted has a total of 8 volumes, and the anime covers almost all of them. So that’s one of the major reasons why we might never see a season 2.

‘Golden Time’ debuted in 2014, so it isn’t exactly a new show. However, JC Staff Studio, known for producing anime such as ‘Toradora’ and ‘Maid-Sama,’ has a reputation for abandoning far too many anime after only one season.

Also, JC Staff has a lot of projects planned for the next year, so there’s no reason for them to return to an anime that they’ve already finished. As a result, there will be no season 2 for this one, but you can certainly watch other similar rom-com shows that are available. If anything changes and we learn when the second season of ‘Golden Time’ will be released, we will update this section.

Banri Tada is a bright and intelligent student who has just graduated from high school when he falls off a bridge and loses his memory. The doctors diagnose him with retrograde amnesia, a condition that limits access to memories stored in the brain prior to the incident, and declare that his memory is unlikely to return.

This occurs shortly after his high school graduation, but due to his bright personality, he is able to gain admission to a private law school in Tokyo. Despite his conditions, he appears to be quite excited about the prospect of joining this new institution, and all appears to be well until the orientation program when he feels light-headed and dizzy due to the commotion around him.

Banri Tada, who is completely lost and out of place, runs into Mitsuo Yanagisawa, another clueless and confused freshman. They both hit it off right away, and the two proceed to their destination, where they meet a strangely beautiful girl, Ko Kaga, who congratulates Mitsuo on successfully gaining admission to the school with a bouquet of flowers across his face.

She later reveals herself to be Mitsuo’s childhood friend before fluttering away into the distance. Mitsuo goes on to explain that they had been friends since childhood and had promised to marry each other when they reached the age of consent.