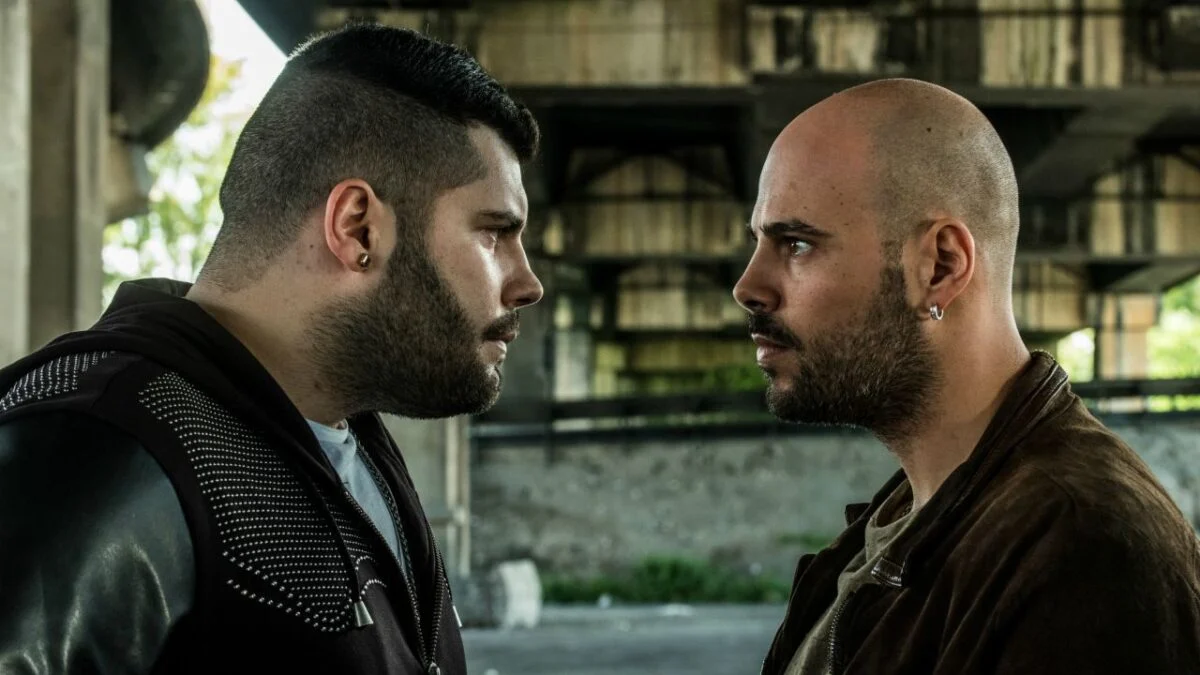 Gomorra is an Italian tv show by Roberto Saviano for Sky Atlantic. This crime-drama series made its debut in the country in April 2014. The series is based on a book of the same name by the same creator and takes in the depths of criminals’ minds. The genre like suspense, thriller, and action, make the series amusing and make everyone invested in it.

The series has been released in five seasons over seven years. Each season has a total of 12 episodes (10 episodes in season 5), running for 44-55 minutes. Gomorra manages to get a rating of 7.31/10, based on 95% of 19 reviews. The show has also received criticism from Italian politicians for the fictional plotline.

However, the series manages to pull through all that and makes itself one of the best crime dramas that everyone looks up to.

The Italian drama, Gomorra has been named one of the most renowned series in the thriller-suspense genre. It thrives with the love that it has received from fans all over the world. Based on a crime fiction book of the same name, the series brings the story of a criminal group and the disturbance that is caused by the family. The story is remarkable and unique, showing us the story behind the underworld of Naples.

The series first premiered on May 6th, 2014, introducing the world of crime to us with its first season. The first season was soon followed by the second season, then by more three seasons after that. The series blooms its charms over the seven years and brings in more viewers every time a new season is released.

Unfortunately, the series came to an end when the creators released the fifth season of the series in December 2021. The series is canceled and was put to an end after 5 seasons.

The story is based in Naples around the 2010s. The story starts with the introduction of the Savastano Camorra clan of Secondigiliano which is led by Pietro Savastano. Pietro Savastano is known as one of the biggest clan leaders in the town. But under some circumstances, Pietro gets arrested for his crimes and other illegal activities. Ciro Di Marzio, a member of the clan gets caught up in the mess that is laid by the clan and the Savastano family.

The clan divides into two after Pietro’s arrest, dividing into the “young guard” led by Pietro’s son, Gennaro, against the “old guard”  of the clan. Both Ciro and Gennaro find themselves stuck with the mess of their families and the mysteries that were within the various criminal groups. They try to find out the roots of the problem and go to the depths of Naples’s underworld.

The plot becomes interesting and thrilling as we proceed into the episodes. Each episode has some different and unique to offer. The plot twists and the action is given. Gomorra has proven its worth as the best Italian crime drama all around the world.

Marco D’Amore as Ciro “I’Immortale” (The immortal): an ambitious member of the Savastano Camorra clan of Secondigiliano. He wants to gain the absolute power that will help him to rule over anyone in the town. He is the main protagonist of the series, the series mainly revolves around him.

Salvatore Esposito as Gennaro Sevastano: Gennaro is Pieto Savastano’s son. He is the spoiled child of his parents, who does not care about anyone else until it is his business. But after his father got arrested, he turns into a hardcore criminal.

Fortunato Cerlino as Pieto Savastano: The criminal head of the Savastano Camorra clan of Secondigiliano. He is also one of the biggest drug dealers in the city.

Maria Pia Calzone as Immacolata Savastano: as known as Imma, is the wife of Pietro Savastano. She being the ambitious and vicious woman she is, wants to succeed in her husband’s business.

Marco Palvetti as Salvatore Conte: the leader of the Conte clan. He is one of the biggest enemies that the Savastano clan meets. He continues to trouble them in their business.

As mentioned before, The Italian show is canceled and won’t be returning with the sixth season. The series has successfully ended with five seasons, which provides a whole storyline without any more extensions. Hence there is no trailer for the 6th season of Gomorra.

Where to Watch Gomorra Season 6?

The crime drama Gomorra is back to making its viewers have the thrilling excitement all over again. The series is available on HBO Plus, where you can find all the seasons present on the platform. You can also rent or buy the series on Amazon Instant Videos.