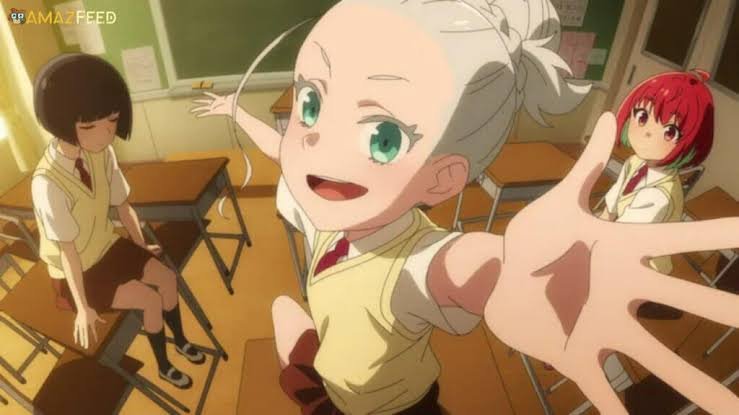 Are you an anime lover too? Then you have come to the right place. Today we’ll talk about Healer Girl. You might have heard about this anime. If you are a regular follower of the show, you must be dying to know when the next episode will be released. But first for those who don’t know about the show, here’s a little introduction.

Healer Girl ranks high on the list of most popular Japanese Anime Television Series. It is animated by studio 3Hz. It is a pretty new show. The first episode was released on April 4, 2022, on Tokyo MX and BS11.

The series focuses on a choir of girls called Healer Girl. This series received huge popularity among the fans within the premiere of just a few episodes. So fans are curious and eager to know about the new episode.

The popularity of the series in such a short time has inspired a manga spin-off too. The manga is titled Healer Girl espressivo. It was released on the 26th of May 2022. Imo Ono wrote the comic. Monthly Comic Alive magazine publishes Healer Girl.

Your wait is finally over. Let’s get to when the new episode will be coming out.

Healer Girls Season 1 Episode 11 is expected to be released on June 13, 2022. Fans can finally catch the new episode on Monday.

Healer Girl takes us into a world of fantasy and music. We know that the characters aspire to become ‘vocal healers’. They use their magical voice to cure everybody’s ailments. However, they must train hard to achieve this goal. No specific information is available on what to expect in episode 11. Unfortunately, fans will have to wait until the release of the episode to know more.

Episode 10 was released on 6th June 2022. It is titled “Halloween Masquerade Butterfly!”. It focused on Hibiki Morishima. One of the main characters of the show. At the beginning of the episode, we came to know about her past life. We also came to know about her aspirations to become a healer. However, she has very little confidence and doubts herself. She often compared herself to Ria fearing she would be unable to heal others the way Ria does. She is also insecure about her singing voice.

However, she is motivated by her caretakers. Next, we see the main theme of the episode. As the title suggests, Halloween is around the corner. And we see the girls singing and decorating. They are very excited about the celebrations. The girls also go shopping together and we are treated to a melodious song about Halloween shopping. Another bonus for Halloween is the concert. Hibiki bravely volunteers to be the center idol. She also reminisces about the time she left home.

At the end of the concert, we see Ria determined to protect the “butterflies that have entered their cocoons”. She meant the girls. She was looking at them fondly. The episode ends on a great note with the girls professing their love for singing.

Everyone felt amazing at the end of their song and there were wide smiles on everyone’s faces. The episode ends with Ria asking everyone if they wished to take their C-Rank healer exams.

The five girls who form the Healer Girl choir are the main characters. All the girls are aspiring singers looking to be Vocal Healers.

The main protagonist of the series is Kana Fujii. Karin Isobe voices the role of Kana. She was originally a healer apprentice of Karasuma. Kana had an asthma attack on a plane. However, a healer helped her recover. This made her decide to become a healer. Kana is very talented but sometimes she struggles with technical skills and knowledge.

Reimi Itsushiro’s character is voiced by Marina Horiuchi. Reimi is an apprentice of Karasuma, whom she also idolizes. Reimi’s parents are successful opera singers who live overseas. She lives with Aoi. Aoi is a part-time maid and music student. She has become like a big sister to Reimi.

Sonia Yanagi is another member of Healer Girls. She is voiced by Chihaya Yoshitake.

Ria Karasuma is voiced by Ayahi Takagaki. She is Kana, Hibiki, and Reimi’s mentor. Ria is a skilled and renowned healer. She is also known as “The Witch of KMU”. Not only a musician, but she also has a medical license. However, she left to become a musical healer. She hopes to advance this field by conducting research.

Where To Watch Healer Girl Episode 11?

You can watch Healer Girl Episode 11 on the online streaming platform Crunchyroll. All the past episodes as well as its upcoming episodes are available online. New episodes of Healer Girl are released every Monday at 11:00 JST.