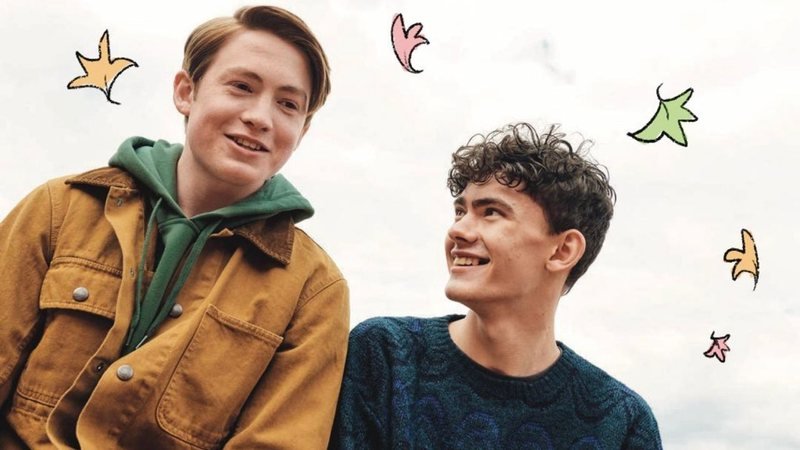 Heartstopper, based on the webcomic and graphic novel written by Alice Oseman, is a British television series based on the genres of romance and coming-of-age. The series was produced by Netflix. The story revolves around a high school student named Charlie Spring who is gay. He ends up falling in love with his classmate and high school jock, Nick Nelson, while also throwing light into the lives and problems of Charlie and Nick’s friends Elle, Tao, and Isaac.

The television rights for the series were brought by See-Saw Films in 2019 after which Netflix gained the production right to it in 2021. The series was filmed from April to June 2021, with the teaser for it being released in between the filming timeline. The series aired on April 22, 2022. It was well-received for its representation of the LGBT Community as well as for its pacing, tone, and the acting of the actors.

The series was well received and gained many reviews across different websites. On the website Rotten Tomatoes, the series was dubbed as ‘Certified Fresh’ gaining a 100% approval rating along with an average rating of 8.7/10 which was taken from 21 reviews. On another Website Metacritic, the series gained a score of 84 out of 100 which was taken from 8 reviews. One such review stated that the series has an inclusive romance that is told in a very compelling manner making Heartstopper a series that is very entertaining for viewers.

The series was already well-received during the time it was still as the graphic novel is one of the top-ranking comics in its category. As such the live-action gained even reception, easily becoming a crowd favorite. During one of her interviews, the creator and author of Alice Oseman stated that she had a vague idea of how many episodes the series should have in order to convert the entirety of her novel.  She commentated that it would take around four seasons at least to cover it fully, which may hint at the series being made into several seasons.

The first season started its filming from April 2021 to June 2021 which would amount to about three months of shooting, which is a very short period. If the series is taken up for production by Netflix, then taking into consideration the writing of the scripts and filming the series should come out at the same time next year, which is early-mid 2023. Of course, there is yet to be any official news from Netflix regarding the same.

The series Heartstopper is based on the graphic novel and webcomic series by the same name which is written by Alice Oseman. The story follows Charlie, who is a cute high school boy who has a crush on his classmate and jock Nick. The story also shows the love between their friends and other characters in the series.

Kit Sebastian Connor was born on 2004 on 8 March 2004 He is a British actor. known famously for his roles in Get Santa, Rocketman, and Little Joe. He was recruited by the television network CBBC where he had a recurring role in the series Rocket’s Island, he also had a voice role in the HBO series and BBC One series, His Dark Materials. His latest role includes Nick Nelson, one of the leads in the Netflix series Heartstopper.

Joseph William Locke was born in 2003 on 24 September 2003. He is a Manx actor who is famously known for his role in the Netflix series Heartstopper as one of the leads, Charlie Spring. Joseph is very open about his orientation. Joseph Locke was born in Douglas on the Isle of Man and attended Ballakermeen High School. He has had a talent for acting from a young age, participating in the National Theatre Connections of 2020 and participating in the production conducted by Gaiety Theatre, as well as being a part of the Kensington Art Centre’s youth group.

Where to Watch Heartstopper?

Heartstopper can be streamed on Netflix.

The official trailer of Heartstopper was released on April 13, 2022, on the official YouTube channel of Netflix.