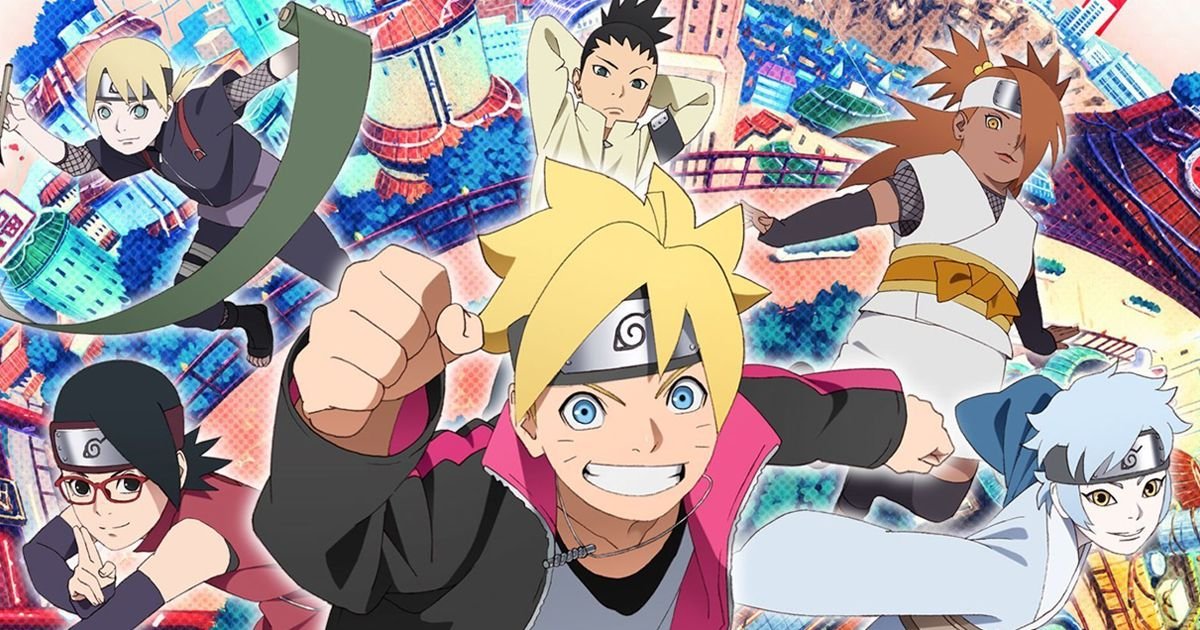 Boruto is known to be a continuation of Naruto. But it gets difficult for the viewers and fans to understand the order of the show. They often start watching the show from the between of the order. Cause of which the viewers need to have a list of the water order of Boruto.

Break Down of the Arcs

Among all the arcs of Boruto, this is considered the most important one. The viewers are shown about the kids of the last generation of Naruto. The protagonist of this arc is Naruto Uzumaki’s son, Boruto. The viewers are shown entirely a fresh cast and also introduced with a serious issue. The people are not aware as to why they are losing their chakras. And therefore, the question remains whether or not Boruto will be able to protect the people.

The character Sarada is known to be the daughter of Sakura and Sasuke. This arc mainly prioritizes Sarada’s goals, career, her blood relation. In this particular episode, Sarada keeps thinking that Sakura is not her actual mother. The question remains did her school teach about hereditary traits or is it just a school based on fighting skills.

This arc mainly focuses on a school trip to a hidden village amidst the mist. But the question remains among the viewers as to why does Boruto finds himself stuck in a fight in between the trip.

In this particular arc, the ninjas are seen taking preparation for their graduation examination. In this episode, the character Shino Aburame gets more priority by the viewers and the fans.

This arc mainly focuses on Team 7’s first mission. The team had 3 members: Boruto, Sarada, Mitsuki. The viewers are very much attracted to this episode cause even the co-actors get equal importance. Their screen times are the same as the lead characters.

This episode focuses on a gang known to be the Noble Thieves. They are represented with masks of an owl as their identity. But it was a surprise for the viewers to see Boruto and Shikidai fighting them.

In this arc, a celestial being called Momoshiki Otsutsuki is known to be a part of the Otsutsuki clan. She along with other Otsutsuki came to earth several years ago to drain the chakra of life.

This particular arc is based on the character Chocho. She is a very adorable character who loves her food and loves skipping her training classes. Her nature resembles a lot with her father Choji Akimichi.

Mitsuki is one of the three members of Team 7. He is not known to be a human being instead a clone of Orochimaru. This episode is based on Mitsuki who tries to escape the village after reading a secret note. Even while leaving he attacked two gatekeepers which creates an impression to the viewers that he might be a traitor which he isn’t but it leaves a question among the viewers.

In this episode, the viewers get to see their previous favorite character Naruto. This episode is based on Naruto and his family on the ‘family day’.

This episode is based on Jugo who is known to be a shinobi who belongs to an unfamiliar team. Yet, he is also linked with Orochimaru. The viewers dislike Orochimaru way too much and cause of which they even do not like Jugo.

This arc mainly emphasizes Mirai. She is known to be the bodyguard of Naruto. Naruto appoints her with an S mission. Mirai had to escape and protect Kakashi and Guy. But the question remains among the viewers whether or not Mirai will successfully help them escape or not.

Konohamaru is known to be a true believer in Naruto. He believed in Naruto when no one did. In this particular episode, the viewers get to know about Konohamaru’s lucky girl, Miss Remon. The fans are excited during this episode.

In this arc, Boruto’s improved fighting skills are mainly shown. In this episode, the viewers get to see Boruto fighting with Otsutsuki. This arc has been connected with the ‘Time Slip Arc’.

In this arc, Sasuke plays an important role. He times travels along with Boruto wherein Boruto gets to see Naruto’s childhood when they used to be kids. Sasuke’s fighting skills have a great impact on this episode.

In this arc, the viewers witness a group of Shinobi who have neglected their homeland. They are also known as the missing bins. Their leader is Shojoji.

Here, the viewers get to see the Kara group. Their leader is called Ishhiki Otsutsuki. This arc remains authentic to the manga. But the viewers do not like Ishhiki but yet this arc is important to watch in the next episode.

The viewers get a chance to see Boruto’s capability in this particular arc. In this episode, Kara somehow misplaces the vessel. This makes Ishhiki furious. The viewers also witness Both Naruto and Boruto fight against each other.

Boruto mainly carries forwarded the fanbase of Naruto. The audience is the mass who are considered as the hardcore fans of Naruto.  Boruto can be considered as long as the Naruto series. Starting with its 1st release that was on May 3rd, 2018, episode 56 was used to air every Thursday at 7:25 PM. This was followed by its next season which is currently streaming online with its 209th episode, named ‘Cut and Run’ as it was declared to be the premiere of the latest episode will take place in 2022. Finally, one good news has come for all the Boruto fans out there. The makers of the popular manga announced the release of its season 3. Which will be coming with episode 237. Makers to fans all are well-prepped as it is coming in the next week, that is on 20th February of 2022

The movie revolves around Boruto. The viewers are shown about Naruto being Boruto’s father. Boruto always wanted his father to be his role model but wanted to not follow the same steps his father had taken. The film perfectly portrays Boruto’s character.

This movie takes place right when Boruto is about to sit for his Chunin Exam. The character of Naruto is portrayed in severe danger. There are two antagonists of this movie, Momoshiki, and Kinishiki. But Naruto loses his life while saving his homeland. The question remains whether or not Sasuke and Boruto can protect their Hokage or not.

As mentioned, Boruto is a tail of Naruto in one word. So, it has many actors who have already been worked in Naruto and made it this vast. So, being a part of it, and after witnessing its vivid reach to the people, Boruto has kept the footprints while making and that starts with the casting. Some characters from Naruto that has been continued with Boruto such as

One of the lead characters is Naruto who had been played by Maile Flanagan in both parts and is also an immensely talented voice actor.  Next coming with spouse character of Naruto which also has not been changed is Hinata Hyuga by Stephanie Sheh. Following the series of characters who were the same in both the animes comes up with the name Sasuke Uchiha who is exclaimed to be the most popular character of the Naruto series including Boruto by Yuri Lowenthal. Keeping them aside, look at the newcomers who are very much associated with this new-gen part of the series, one must have brought the name Boruto by Amande Ceiline Miller, who played the role of Naruto’s son and received big support from the audience. Other major supportive characters who need to be mentioned are Bryce Papenbrook as Yurui. Cherami Leigh as Sarada Uchiha. Robbie Daymond as Mitsuki. Kate Higgins as Sakura Haruno and many more on the list.

Well, that’s it for today, also viewers can watch them on Netflix, Hulu, Crunchyroll, and Disney+.

MUST-READ: How Did Naruto Get His Arm Back?