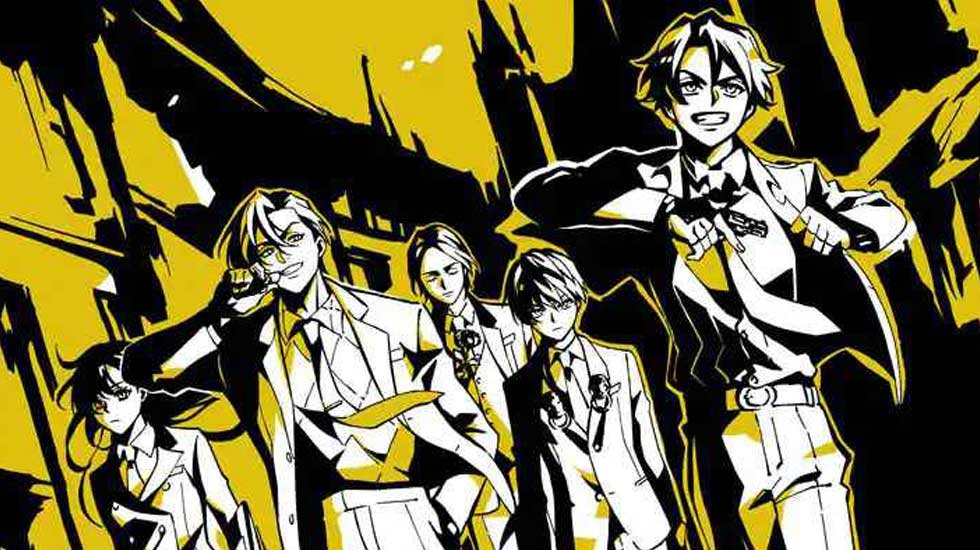 A teaser graphic and advertising film for the anime version of the poker-themed High Card multimedia project were just unveiled. The following series will be released in 2023, according to the promotional trailer. Additionally, a teaser video starring the core characters has been published.

The animation show High Card is set to premiere in 2023. Junichi Wada acts as the anime’s director, while artist Ebimo is the actual character creator. The show’s writers are Kenichi Yamashita, Kazuhiko Inukai, and Shingo Nagai. The idea of the poker-themed High Card anime series is that different factions, such as the titular High Card, are seeking power-granting cards.

The manga series’ publisher, Kadokawa, defines the plot as follows:

“Nothing, unfortunately, could have equipped Finn for the tragedy that lay ahead. When Finn arrived, he was met with a car pursuit and a violent firefight prompted by a man’s “lucky” Card.

Finn will soon figure out why the gunfight happened. A deck of 52 X-Playing cards with the ability to bestow various supernatural powers and talents on anyone who acquires them can rule the world order. Anyone can use these cards to tap into the “buddy’s” latent ability that can be located inside them.

High Card is a covert organization of individuals who have now been commanded by the monarch of Fourland to gather the cards which have been distributed all across the realm while working nights as workers of premium vehicle manufacturer Pinochle. Finn joins the players on a risky journey to find these cards after being scouted becoming the firm’s fifth member.

The primary casting of the next animated series was also revealed some a while ago. Take a glance at the main characters that have already been confirmed, alongside their role summaries:

Gen Sato played the character of Finn, a 17-year-old old man. He is a clever, lively, and rash individual. Finn, who was raised with iron nerves, is capable of retaining his calm demeanor even with the most stressful situations. Finn spent a good part of his early years at an orphanage after losing his family in a terrible accident when he was younger. His razor-sharp attention enables him to focus on his victims as if everything has stood still. As a result of this ability, he is an exceptional thief. Finn has started to work as a sales trainee at Pinochle’s Old Maid office after being chosen for the High Card society.

Toshiki Masuda portrays Chris Redgrave, a 20-year-old character. A flirtatious, street-smart guy who understands how to work a woman. With his unrivaled handling skills, he can handle any automobile, including vehicles. He likes sweets and consumes “Fudgees,” which are classic confectionery fudge sticks. He consumes, although he has a low tolerance for alcohol. Finn’s supervisor works as a sales agent at Pinochle’s Old Maid division.

Haruka Shiraishi appeared as Wendy Sato, a 21-year-old woman. She is attractive, yet she is not sociable. She had become a participant of the High Card club thanks to her dad’s contacts as a skilled swordsman. She is a responsible individual who is irritated by Finn and Chris’s work style. She loves consuming as much as the other people of the High Card. Her mood improves as she drinks, and her gloomy demeanor is substituted by a brighter outlook. She works in Pinochle’s Old Maid firm’s accounting and clerical department.

Shun Horie portrays Leo Constantine Pinochle, a 14-year-old boy. He is still the kid of Pinochle’s president, but also the manager of Pinochle’s Old Maid department as well as the High Card society’s head. Leo has the demeanor of a monarch, and he is sharp-tongued, vicious, and unwilling to accept his flaws. People would recognize that his precise methods are unrivaled, considering his aggressive demeanor and early age. He goes to Rummy College, a public high school in which he has a large following. He enjoys spending money. There was also a chance that only some new characters will be introduced to the series later.

As of now, it is unclear which network will air this show. It’s also worth noting that there is still a long way to go until the show’s official release, so viewers may expect to hear something about it around 2022.

The series’ trailer has been already posted on YouTube, and also fans can view it at the top of this page. Fans have to wait quite a time to watch the series as it’s been left a long time till the release of the show.