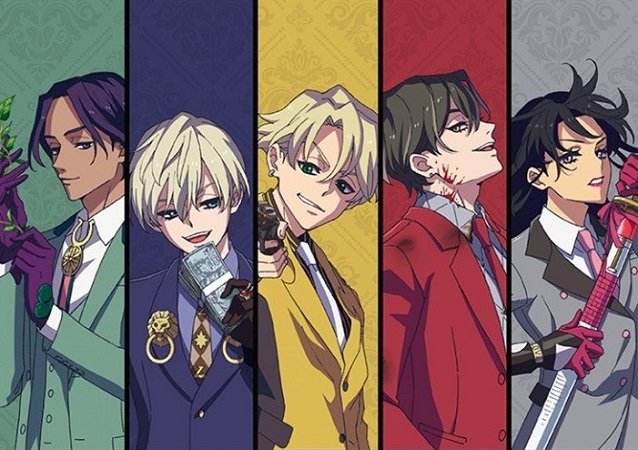 Homura Kawamoto, Hikaru Muno, and TMS Entertainment created High card a franchise for different media platforms. The franchise is now coming up with an anime series after releasing manga which is going to be directed by Junichi Wada and is now all set to be released. But do you know when, and where? If not then, do not worry because you are at the right place because this article consists of all the needed information that you might need to know about the series before watching it. So, keep reading to know everything.

We know that you have been waiting a long till now to know when will the series be released. And we have some details to make you feel happy. There is official information that the series will be released in the first month of the new year which means it will be released in January 2023. The date as to when it will out exactly has not been revealed or made official. This might be because still a few months are left for the new year and they still have time to make the announcement. You guys already know that whenever the series release date is released, we will let you all know. Till then stay connected with us to get all the latest updates.

The High Card series directed by Junichi Wada is a series that is taking place in Fourland. In this world, things can change just with the power of cards. There are 52 cards that can turn things for the world and the one who owns the card. The owner gets the chance to gain superpowers. These cards which are called X-Playing Cards are scattered among the players. The power given by the card can bring about a change in the world because it helps in controlling the world. An orphan named Finn living in the street gets to know that his orphanage which helped him grow is going down that is getting shut thus he makes a decision to make some money as quickly as possible.

For this purpose, he decides to try gambling leading to him visiting the casino. But things were planned in a different way for him because before even starting his gambling he got stuck in a car chasing scenario and a shootout which happened because of the card and the owner of it. Finn comes to know that there is an undercover organization where there are players called the High Card. So, he joins it and begins the work of searching for the cards. At the time of joining the organization, he didn’t know about the risks but now he can understand. All the rivals have some purpose for which they have joined. So, to see, who wins, what are the motives they have, and what will happen, make sure to watch the series without fail.

Want to get a sneak peek of the anime before the release, well get happy because you can watch it easily. The team of the series has already released the trailer for all the fans who have been waiting for the series to get some highlights of it. the trailer of High Card was released on March 8, 2022, on the official channel of Kodakawa Anime. So, watch it now, if you haven’t already and I am pretty sure that you will fall in love with it and would want to watch the series for sure.

Where To Watch High Card Online?

The final and most important answer that you have and need answers for is the platform where you can watch the series. So, let me give you that piece of detail as well. The series will be made available for streaming on Crunchyroll, and, GoGo Anime. So, get your hands on any one of the platforms and get prepared to watch it. If you would like to read the manga from which it has been adapted, then you can read it on Manga UP! Magazine.

READ MORE: Tsugu Tsugumomo Season 3 Release Date Is Yet To Be Announced!