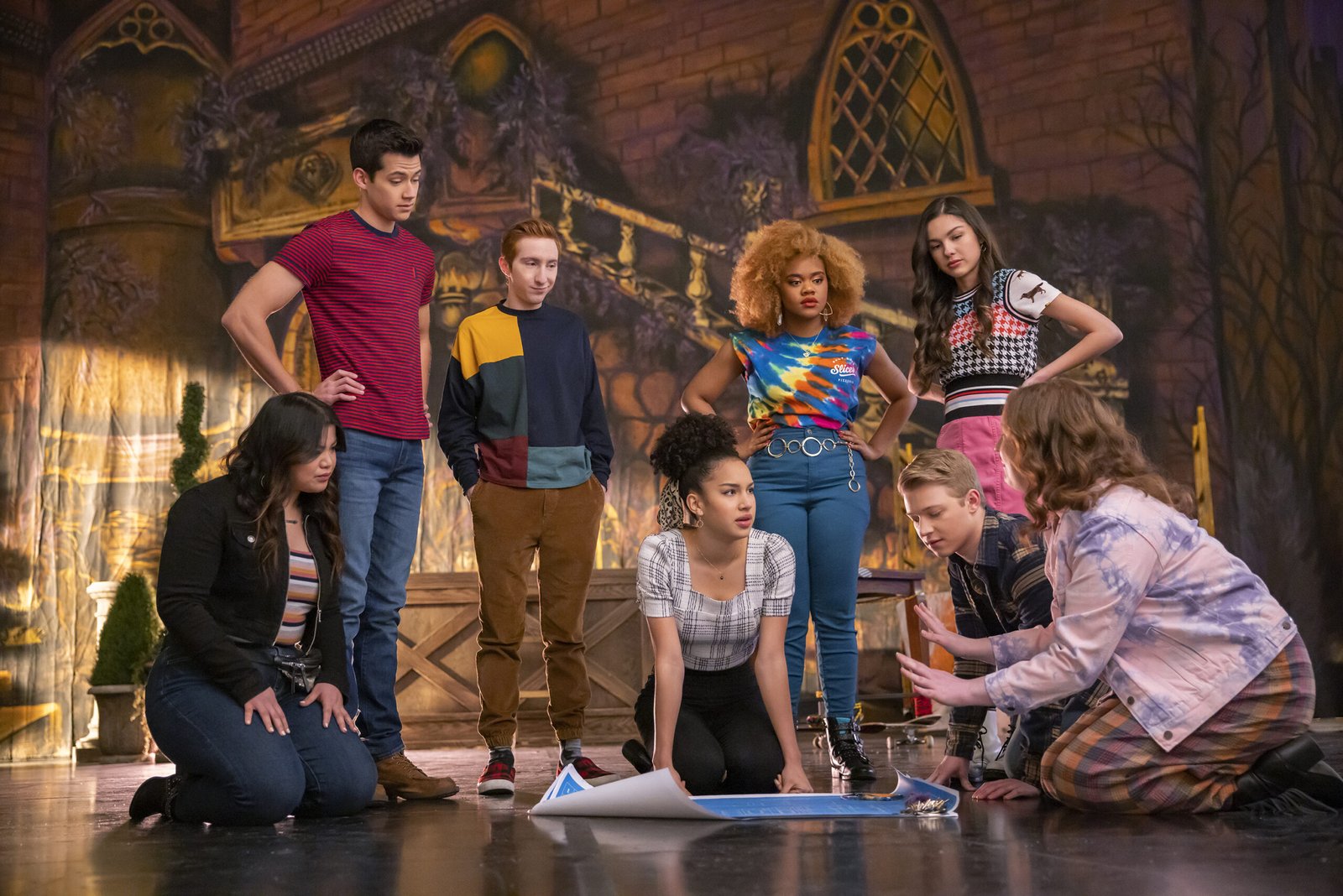 Tim Federle’s High School Musical: The Musical: The Show is a Disney+ mockumentary melodic television series based on the High School Musical movie franchise. Chorus Boy and Salty Pictures are producing the program in collaboration with Disney Channel, with Oliver Goldstick acting as a producer for the very first four episodes. Federle took over as showrunner for the balance of the first season and beyond.

The series follows a group of young theatre aficionados who actually participate in a school production of High School Musical: The Musical, set in a fictitious facsimile of East High School, the academy where the actual movie was shot.

High School Musical: The Musical: The Show aired as a teaser simulcast on Disney Channel, ABC, and Freeform from November 8, 2019, prior to its November 12 launch on Disney+; the first season has ten episodes. Before the series debuted in October 2019, Disney+ extended it for a season 2, which will release from May 14, 2021, and will comprise twelve episodes. In September 2021, the show was revived for a season 3, which would premiere in 2022. The show has gotten great acclaim, with critics praising the cast’s talents, notably that of Bassett and Rodrigo. In 2020, it received a GLAAD Media Award for Excellence Children & Family Programming.

We will not have a premiere date for HSMTMTS yet. The program will premiere ‘in 2022,’ which is really the only hint we get on what’s to follow. But, considering that this was verified in November 2021, it was a foregone conclusion. The show’s filming began on January 18, according to Disney.

The plot moves from Salt Lake City, Utah to Los Angeles, California in the Third season as the group attends drama camp. We have already learned that Frozen will become the musical of selection upcoming season, continuing their presentations of High School Musical and Beauty and the Beast in seasons first and second. As a consequence of the changed location, it’s possible that certain fan favorites won’t be able to attend since they’ve decided not to.

Read More | Is HBO Originals Game of Thrones Worth Watching?

Frozen will become the musical for the third season of High School Musical: The Musical: The Series. The season will be set in the fictional Camp Shallow Lake, as previously stated. East High students will be charged with turning on a Frozen performance.

There would, meanwhile, be music from Camp Rock as well as the High School Musical movies in general, in line with the camp theme. Not to add, the season, like seasons 1 and 2, will contain new original tracks.

Tim Federle, the showrunner of HSMTMTS, recently informed Hollywood Life: “It’s difficult to pick a musical for the program as there are so many options. You could proceed in a completely other direction, such as High School Musical 3 or creating a new musical.”

The Series of High School Musical: The Musical Seasons one and two are available to view on Disney+ Hotstar. Season 3 is just a matter of how long before it is released, but fans and watchers will have to wait until then.