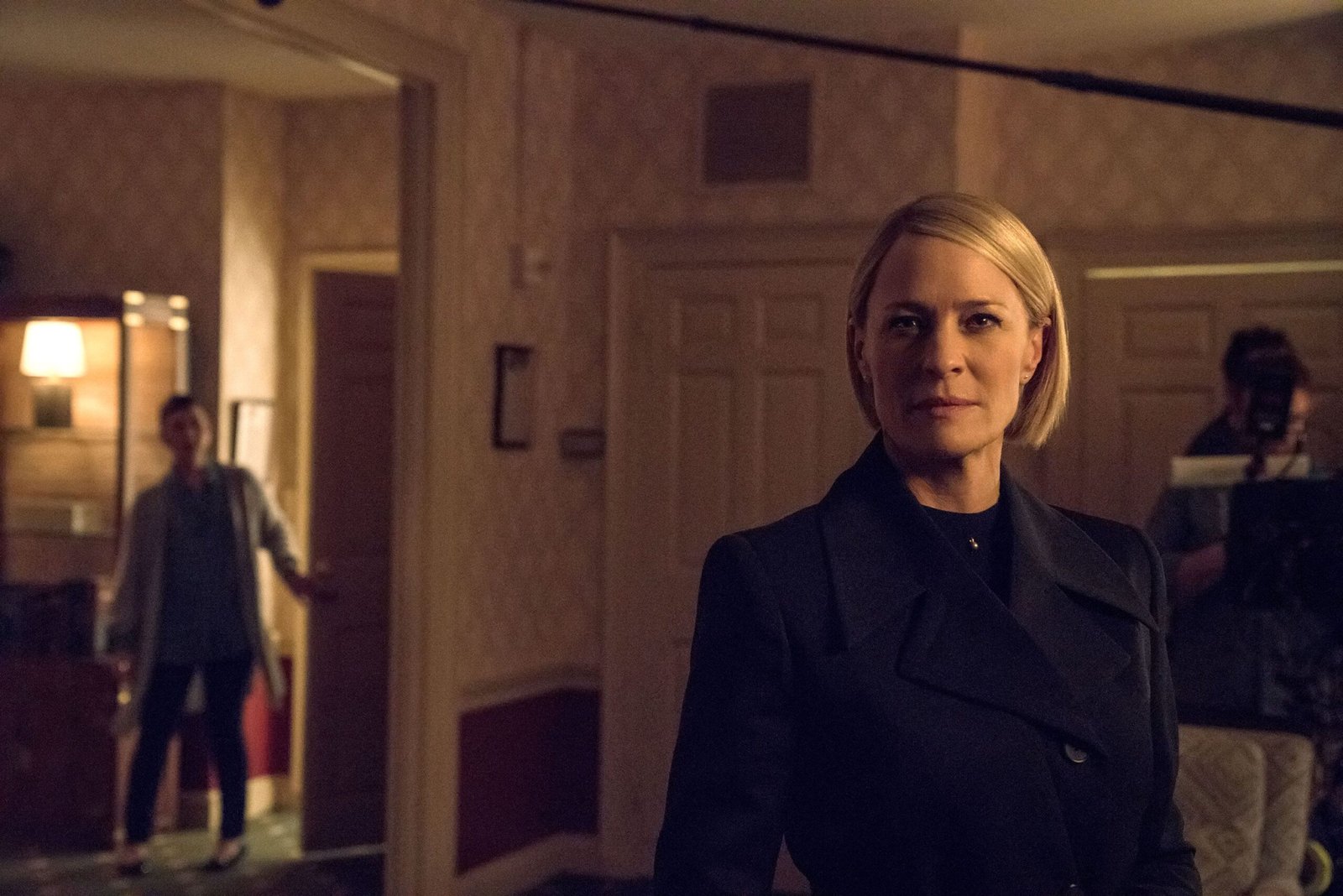 Based on American Political Drama Thriller, “House of Cards” was created by Beau Willimon. It is based on the 1989 novel of the same name by Michael Dobbs. The show was produced by 14 producers including Kevin Spacey, Eric Roth, John Melfi, David Manson, Robin Wright, and 9 more. The filming of the show is done in Baltimore and Joppa in Maryland. The six seasons of the are available on Netflix for worldwide streaming. The series beautifully talks about manipulation, betrayal, pragmatism, and power.

The show has received a lot of positive reviews since the first season on various social media platforms and various Award nominations including the 33 Primetime Emmy Awards. Moreover, the show was nominated for eight Golden Globe Awards.

It is also rumored that Netflix has been planning to remove the show from Netflix, given the controversy the show had given rise to.

The cast includes Kevin Spacey who played Francis J. Frank Underwood who is from South Carolina. Robin Wright played the role of Claire Underwood who is Frank’s wife. She runs the Clean Water Initiative and then she was titled as Second Lady of United States in season 2. In season 3, she becomes Unites States Ambassador. She, then, becomes Vice President of the United States at the end of season 6.

Kate Mara played the role of a reporter of The Washington Herald called Zoe Barnes. She has an intimate relationship with Frank, who uses her against his political rivals. Then we have, Corey Stoll who plays the role of Peter Russo. He is a Democratic congressman. Michael Kelly is seen as Douglas, Kristen Connolly as Christina Gallagher, and Sakina Jaffrey as Linda Vasquez in the show. There are still many characters left such as Sandrine Holt as Gillian Cole, Constance Zimmer as Janine Skorsky, Michel Gill as Garrett Walker, Mahershala Ali as Remy Danton, and Sebastian Arcelus as Lucas Goodwin.

The show revolves around Frank Underwood who is shown to be celebrating the 2012 election of President Garrett Walker. However, he learns that the President is just using him.  He stated planning behind his back and his wife runs an NGO. Frank begins a romantic and intimate relationship with Zoe Barnes and used her against his political rivals. He used Russo and later killed him making it look like a suicide. This season ends with his nomination for Vice President of USA.

Zoe with her colleagues started investing in Frank and found Rachel, a sex worker whom Frank had used. Frank became aware of this and killed Zoe. Lucas, one of her colleagues, continued the investigation with the help of a hacker but turns out, hacker works for Doug. The season ends with Walker resigning from the post and Frank becoming the President of the USA. The next season starts with Claire becoming the U.S. Ambassador to the United Nations and facing a crisis. Petrov asked Frank to remove Claire from the post and she resigned. Rachel is founded to be dead. The season ends with Claire making her mind to leave Frank.

In the fourth season, Frank wins Claire again but she goes against him. In season 5, Frank enabled Martial laws in Urban areas.

As Kevin Spacey had to walk out of the show in the sixth season, it was obvious for the writers to change the plot immediately. This season ended with Claire becoming the new president of the USA. She, then, stabbed Dough with a knife and killed him. This ending has left the fans with lots of questions in their mind. Although there is no news for the seventh season, it is expected to revolve around Claire’s life.

Netflix has not announced anything about the seventh season of the show nor did the makers. So, there is no trailer or teaser of House Of Cards Season 7.

MUST-READ: Itaewon Class Season 2 Release Date And What To Expect?