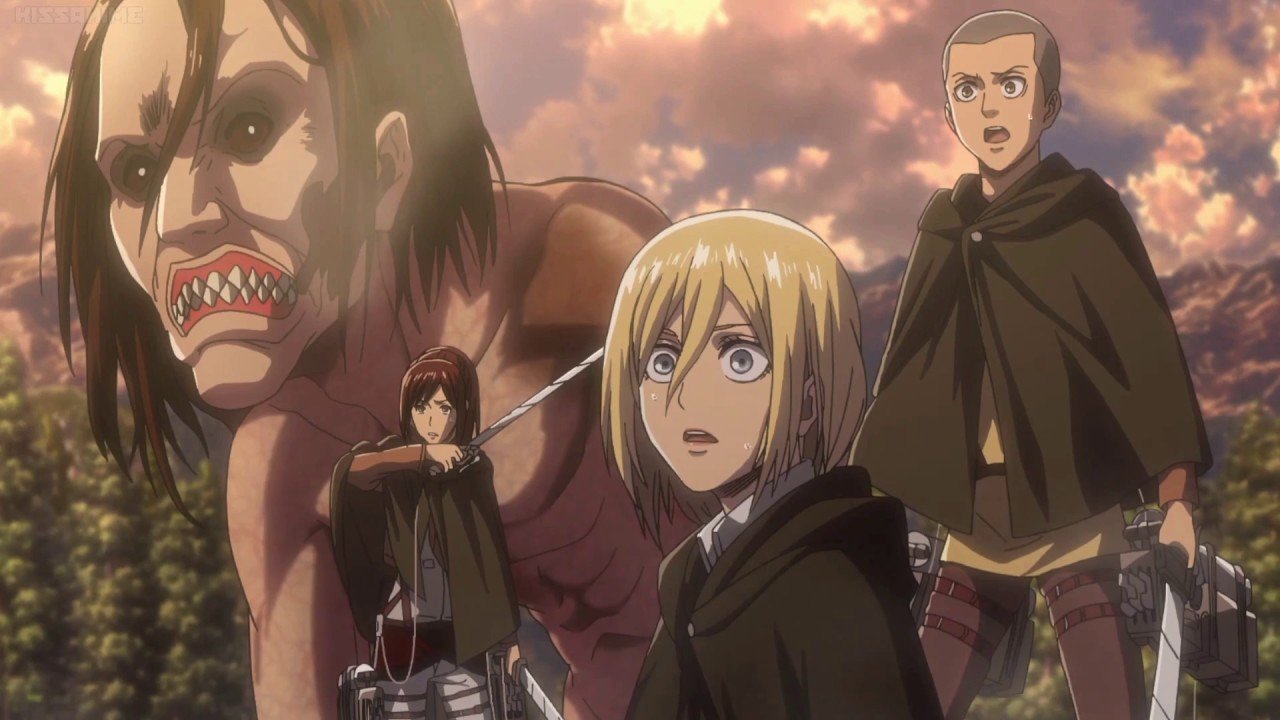 Eren Yeager is one of the main and famous characters from all the character’s in this anime series named “Attack on Titan.”He was on the side of good humans from the very beginning of his age, one thing that is very understanding is that all evil should be punished and destroyed. Simply put, he is a sinless righteous man. Eren retains a strong sense of purpose and loyalty to his companions despite his lack of exceptional powers. Although there are a few times during this anime, Eren transforms into the same thing he despises a vivacious Titan, and in this article, we’ll show you how Eren transforms into a Titan on many occasions. This vivacious young man has only one life’s ambition which is to destroy Titans. As we said above there is a lot of fan of Eren from the attack of Titans and a core member of the special operation squad. with the tension escalating in Eren’s life once his house falls apart, which got an idea to Eren which is that to join the elite Titan hunting team. But Eren has a deeper secret than he realized: he has the ability to morph into a full-size Titan. He is a foundation of Titan form, on the other hand, he is very different from the other Titans he battles.

Many have asked about how did Eren became one of the Titans. so this is how he was converted Eren Yeager had become Titan for the first time after his father Grisha Yeager put a serum into his body. This shot is used to metamorphose a Ymir Subject into a Titan. The Subjects of Ymir are descendants of Ymir Fritz, an Eldian King’s slave and the first person to wield the Titans’ power. The Subjects of Ymir are the only race capable of becoming Titans. Titan serum was traditionally injected into their inner forearm of the Eren on the back of the neck, although it could also be ingested or inhaled and Eren inhaled it. The process of bodily alteration into a “Pure Titan” started beginning when Titan’s blood starts running into the bloodstream. so for the record, These Pure Titans are mindless creatures until they ingested a human with the Power of the Titans, inheriting the Nine Titans’ special features and abilities. Eren took on the shape of a Titan, standing 15 meters tall with black hair that reached his shoulders, pointed ears, a long nose, and a gaping skeletal maw devoid of lips. Instead of the majority of Titans looking like him, he was far more muscular and defined in his Titan form, allowing him to wield items much more powerfully than even similarly-sized Titans, while his intelligence and military experience allowed him to easily dispatch large groups of Titans. Eren was changed into a Pure Titan who ate Grisha after being injected with a Titan serum, giving him the powers of both the Attack Titan and the Founding Titan, and making him one of the most superpowered beings in the Attack on Titans franchise. Having the Attack Titan’s power can have a number of consequences, notably heightened strength and stamina, stiffening, regeneration, and memory inheritance in the future.  Eren underwent a lengthy transition that taxed him physically and demanded a lot of stamina. When he pushed himself too hard, he had a number of symptoms, including a nosebleed, pale skin, and difficult breathing.

Why did Grisha Inject Eren?

We all know that someone has injected this injection into Eren or else he wouldn’t be a Titan and by Someone, it means Eren’s father Yeager but why did he do this? Do you have any guesses regarding this? If not then here are your answers so read this till the end. Grisha Yeager was an Eldian Restorationist and a physician which was located in the city of Liberio, who once plotted to destroy the Marley nation. He was dispatched on a special mission to breach the Walls basically there are three enormous fortifications on Paradis Island to steal the Founding Titan from the Reiss family by eating their Queen. He authored three volumes on Eldia, Marley, the Titans, and his life narrative after being given the Attack Titan’s ability, and hid them all in his basement. Grisha and his son Eren had an extremely close bond. He supported Eren’s ambitions to protect his people by fighting the Titans, seeking justice and avenging his mother’s death at the hands of the Titans. As a result, he gave Eren the codes to the basement, revealing all of the prior mysteries and granting him the skills and talents necessary to destroy the Titans. Grisha hoped that one day, his son would use the Founding Titan’s powers to control the Titans from outside walls and fight back over Marley.

How Did Eren Become a Titan?

At 15 years old, Eren discovered he was the Attack Titan in Season 1, although he had no idea he had obtained the Attack Titan from his father five years before. Outside of the royal family, the Eldians of Paradis were unaware of shifters until Eren transformed into the Attack Titan. Despite inheriting the Attack and Founding Titans at the same time, the characters assumed he was only the Attack Titan until Season 2. Eren’s father, an Eldian from Marley, was this shifter before becoming the Attack Titan, acquiring its capabilities from Eren Kruger, an Eldian spy who penetrated Marley’s ranks. Kruger spared Grisha and revealed who he truly was after turning nearly every kidnapped Eldian Restorationist into a mindless Titan and releasing them on Paradis. So because of the curse of Ymir, actually discussed that the time of wandering around should stop now and time was up till the end. Kruger needed someone to replace or inherit from inside the Attack Titan, retrieve the Founding Titan, and set the Eldians free for good, which was agreed by  Grisha. After Wall Maria was breached in 845, he would retire within the walls, invent a separate family, and face the Founding Titan.

When the Founding Titan shouted, it was able to use a variety of abilities. Only members of the royal family could employ the Scream’s ability to manipulate and create Titans, as well as modify the memories and bodily compositions of the Subjects of Ymir, in the past. Regardless of whether the Founding Titan’s inheritor was transformed or not, these skills might be deployed. It would be enough to hear human screaming. Screams may be gentle as long as they were loud enough to be heard, which was the case with the screams. Grisha Yeager’s first wife, Dina Fritz, was also the mother of Zeke Yeager. Dina betrayed the Marley family and was transformed into the Abnormal Titan as a result an uncommon type of Pure Titan that can be smarter or do things out of the ordinary. Let us show a general description of the Founding Titan. Which exactly means  “Progenitor Titan” is another name for the Founding Titan in the Japanese language.  So basically It was one of the Nine Titans and the first and major of all Titans.

So the above article has everything you need to know about Eren the main character of the Attack of Titan. This series is very popular amongst everyone which is quite to hear and for the record, this Eren character is everyone’s favorite believe it or not because his perspective in this series is really good and unique why not watch with Eren’s perspective and enjoy this series whole lot more. I will definitely gonna keep you updated. Also, you can watch the series Attack on Titan on Netflix.