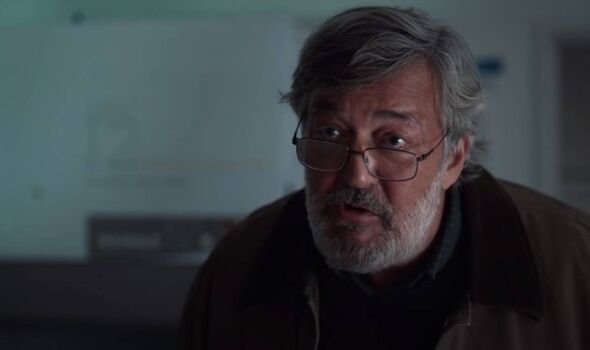 Whenever we watch some fictional content, most of the time we tend to wonder, to what extent it is connected to reality. The plot, the characters, the facts shown, how much are they inspired by the real life events?

Most of us go through this sort of curiosity after watching something. The Dropout is one such series that has left people pondering over what parts of the series have been inspired by true events and what parts are fiction.

The limited series was released on 3rd March 2022 and the final episode aired on 7th April 2022. The series has 8 episodes in all. With a great rating of 7.5/10 on IMDb and 85% on Rotten Tomatoes, it has been nominated for various awards.

For those wondering if it is based on true events, the answer is yes! the show is a dramatization of true events. The series has represented the life of Elizabeth Holmes who was once a visionary. She, later on, becomes a dishonored CEO of Silicon Valley for keeping her reputation and her company Theranos based on the foundations of lies and deception. She was later on convicted for 4 out of all 11 conspiracy and fraud cases in January 2022. Most of the scenes of this series have been inspired by real-life events.

Another thing that has caught the attention of the audience is the fact of how did Ian Gibbons die in real life?

Interested to know more about this? Then let’s go ahead without any further ado!

How Did Ian Gibbons Die In Real Life?

Talking about his death, he died by suicide in California in 2013. On May 15, 2013, Ian Gibbons was asked to mark his presence at the Fuisz lawyers’ offices on 17th May 2013 for his deposition. He was rigorously discouraged by Theranos for testifying. To prevent him easily from testifying, he was even e-mailed a copy of a doctor’s note, which he could use to excuse himself from the deposition.

On May 16th, in the evening, Gibbons consumed a combination of alcohol and medication. The next morning, his wife found him lying unconscious on the bathroom floor and he was barely breathing. He was then admitted to a hospital where he died on 23rd May 2013 because of liver failure.

Born and raised in England, Gibbons received a Bachelor of Arts, Master of Arts, and Ph.D. in biochemistry from the University of Cambridge.

The role of Ian Gibbons in The Dropout was played by Stephen Fry. A Ph.D. from Cambridge University, he was a very respected biochemist. He dedicated 30 years of life to the field of diagnostics and products related to therapy at various technology companies, which also included Biotrack Laboratories. At Biotrack Laboratories, he had worked with Channing Robertson who was very impressed by his work and even recommended him as the first experienced scientist hired by Theranos.

He joined Theranos in 2005. He was hired by CEO Elizabeth Holmes as the company’s chief scientist. He was quite skilled and was very impressive at work. He not only worked exceptionally well, but he was also a source of inspiration for his colleagues.

Being an insider, Gibbons was completely aware of Holmes’s lies to her employees and outsiders about Theranos’s technology and readiness. He also knew about all the false demonstrations to clients. As he became aware of Holmes’ actions, Gibbons lost his trust in her. He anyway did his best to make the flawed Theranos technology work up to the expectations of the people.

It was in the fall of 2010, that Holmes was alerted by Channing Robertson about Gibbons’s complaints and frustrations because he was aware of all the wrongdoings by Holmes. As Holmes came to know about this, Gibbons was fired.

After knowing that Gibbons had been fired, many of his colleagues vouched for him and he was quickly rehired but this time he had fewer responsibilities to shoulder in comparison to the job role of technical consultant to the chemistry group he was previously hired for.

After his death, when his wife called Holmes’ office to inform him about Gibbons’ death, she was not answered. Neither was her call returned by Holmes.

Instead of receiving some sympathy and condolence from Holmes, all his wife received was an email from the company’s lawyer which asked her to immediately return the company’s laptop and anything from his possessions that might contain some confidential information.

ALSO READ: Where Do The BTS Live?