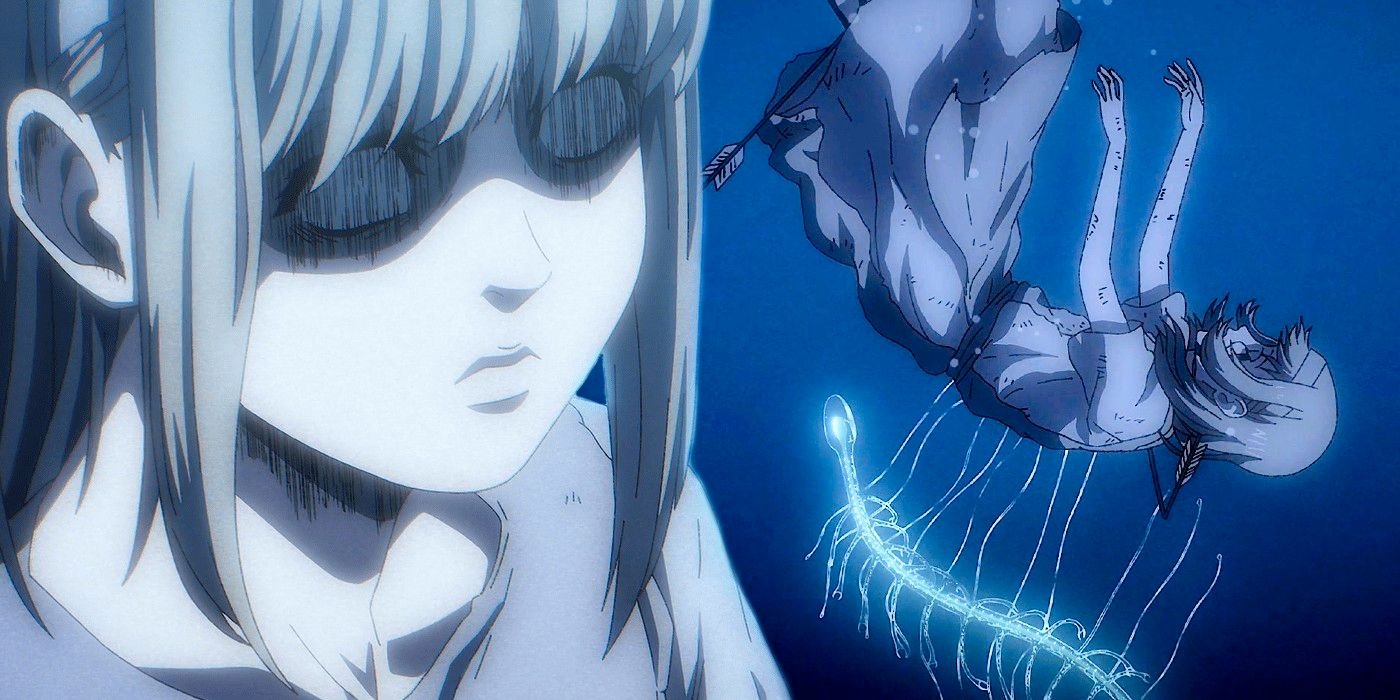 Ymir mentioned on ‘Attack on Titans’ that living was a way of gettimg revenge and she would prove that someone’s fate is not decided at birth. These impactful words are of Ymir who was named after the Founding Titan Ymir Fritz whose story of transformation into a Titan is very interesting. Ymir is one of the notable characters in the whole show of Attack on Titans. Now, for those who are yet to explore this remarkable series let’s brush up the details. It is impossible to not have heard about this anime because it gained an exceptional amount of hype ever since and with release of season the hype only intensifies. It wouldn’t hard to agree that this show is every worth of the hype. It is adapted from the equally famous manga with the same name created by Hajime Isayama.

Directed by Tetsurō Araki and Masashi Koizuka together this show has won the hearts of all the viewers with exceptional voicing, direction and mind-boggling visions. Owing to the post-apocalyptic theme, it is indeed said that Attack on Titans has one of the best screen visuals in the entire world of anime.  The show has multiple producers. With a soaring nine out of ten on IMDb this show has stunned the viewers with the launch of each of its season since 2020. It has a total of four season and eighty-three episodes. The show majorly talks about several supernatural heroes and chracters, mostly Titans, living a hard battle between three walls and consistenly facing challenging trying to protect humanity.

How Did Ymir Become A Titan?

In this show, Titans are creature that are extremely huge and powerful who live on indulgence of humans and come in the form of humanoids.  Coming to the question, there are two Ymirs – one without a surname turned into a Titan after getting injected while the other Ymir, Ymir Fritz has quite an elaborate story. When was her transition shown? Ymir Fritz was the Founding Titan whose sympathetic and tragic backstory was shown in the fourth season and eightieth episode.  The show almost made it Titans came about but ultimately, they revealed the sacrifice and contribution of the character who the Titans into real existence. At a young age, upon being captured by King Fritz she was forced to serve under him.

Then one day some of the kingdoms fled the kingdom because Ymir forgot to close the gates. The King got to know about it and set out men to go get her by shooting arrows and finish her in all probability. As a defence mechanism Ymir goes in hiding inside wat assembled an ancient cave under a tree. Then unfortunate, she rolls down and falls into a pool. She almost lost her life while drowning in it. Just the, a spine like creature floats up and attaches itself to her. This was followed by the symbolic explosion that alarms the viewer when one turns into a Titan.

How Attack On Titan Characters Turned Into Titans?

Eren Yeager voiced by Bryce Papenbrook in English and Yuki Kaji in Japanese is the major protagonist of the show. He was an unfortunate individual who was fated to watch his own mother after being devoured by a Titan. Henceforth, he was personally to beat down the Titans but the ironical twist of life also turned him into a demon through a certain sequence of events. He was a major target of other Titans because even after becoming a Titan he went against as a stronger force than some of the well-known Titans. Ymir Fritz who was an unknown character that seemed to exist only in fairy tales and mythological narrative was also a respectable character.

She had shoulder-length light hair with a small composure and stature.  She was said to be the Founding Titan who existed 1800 years ago or so and rumour had it that she made a deal with the devil to become a Titan hence was called ‘Earth Devil.’ King Fritz or Fritz was a royal blood who ruled the Wall Sheena and is mentioned by different characters though it was juts a pretense. He was ordered by another character who played the real role of a king.

Where To Watch Attack On Titan Online?

The show was aired on several channel globally because its loyal fanbase is world wide who dyingly eager for the release of each season. Currently it is available on several OTT platforms like Netflix, Amazon Prime, Animeplanet, etc. The trailer of all the seasons and several snippets of Ymir’s scenes are available in very good quality on YouTube. Do you like Ymir? Which other character in the show of Attack on Titans do you wat to know about next? Do let us know in the comments and look forward to many more articles on all the shows and anime that you wildly heart!