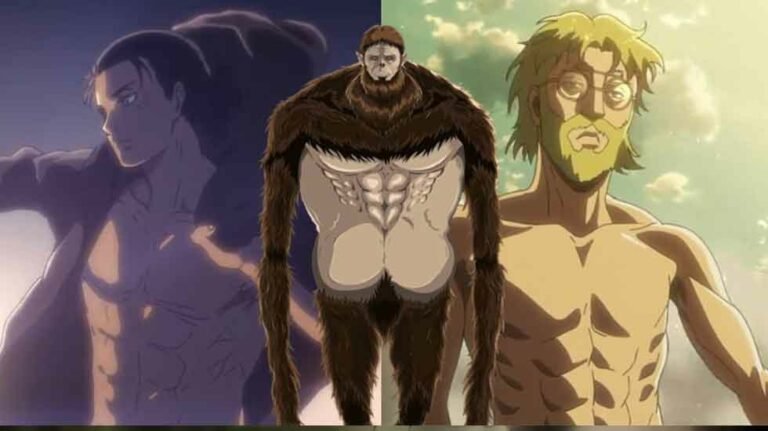 Attack on Titan who didn’t hear about this anime. All of the anime weebs know this anime. Seeing how long it has been on run, the popularity has also grown. Along with many fans also.

This series was based on A manga of the same name. As the saying goes, some plotlines are lost when we make anime, and also after running so long we can forget some plotlines. For all the new and old AOT fans, the question of How Did Zeke Get The Beast Titan’s Power? Is being answered in this article.

How Did Zeke Get The Beast Titan’s Power?

The beast Titan was inherited by Zeke from Xaver. After both of his parents were arrested because of his deed. He still believed in their deed and ideology of freeing the Eldian Race. To free them he made a plan, the Euthanasia plan which was addressed recently was shown in season 4.

To uphold his parent’s ideology he worked secretly and have been eventually but soon become one of the best in Marley’s Warrior Unit. Spending his time he created a bond with Ksaver while they used to play catch and discuss the Titans. At a time like this, he discussed the powers of the Founding Titan. As the powers of the Founding titans were revealed he was surprised that the power could do memory manipulation and also turn them into Titans.

Zeke has heard and listened to the oppression of Eldians through many centuries. He also listens to Ksaver’s story where his wife was Marley and they both have a kid when the wife got to know Ksaver is from Eldian bool she killed herself and the kid.

After getting to know about the horrors of Eldian race oppression he decides to stop the conflict and thinks of a way to inherit the founding Titans’ powers to resolve the issue and oppression.

He at the age of 17 has impressed the Marley authorities and was announced as the best candidate in the Warrior unit program. It was then decided that he would take over the Beast Titan’s powers from Ksaver.

After inheriting the Beast Titan’s powers he decided to keep the memorandum of Ksaver as he was like a father figure to him. The memorandum that he saves is his specs and he often wars to remember him. It is also said that he can fully use these powers because he is a decedent of Royal Blood. He can use these powers to his full potential. Zeke was able to turn Subjects of Ymir into Titans using Spinal Fluid. He was also able to change all other subjects of Ymir into Titans with his screaming. It was noted that the previous Beast Titan couldn’t use these powers.

What is Zeke Do After Inheriting the Powers?

Zeke used these inherited powers to lead the Warrior Units to create havoc in Marley Enemy nations and was able to bring home many victories.  After being able to gain hold of the Beast’s powers he was selected as one of the best Marley unit warriors.

He along with some of his peers Reiner, Annie, Bertolt, Marcle and Pieck have been selected as the titans that were responsible to retrieve Founding Titans at the Paradis operation. And this was the beginning of the Attack on Titan.

What powers that Zeke Posses?

He possesses many skills that Beast Titan, many people expected him to imperfect but due to his royal blood, he has a perfect and great transformation. He even also retained the power to speak after the transformation. Some of his power has been elaborated bellowed.

Unlike most humans with Titan abilities, he was able to eloquently converse without any trouble in his Titan form, casually conversing with mindless Titans and giving them instructions that they may obey.

Zeke’s control was later shown to be confined to Titans changed with injections straight from his spinal fluid and as a result of his descent from the Fritz royal lineage. However, his authority over the Titans was not total, since one Titan chewed on Mike despite Zeke’s orders.

A bit like all Titans, Zeke had the power to regenerate any wound on his Titan or physical body at an incredible speed. After being fatally wounded by Levi, Zeke healed a part of his face when he encounters Eren.

He possessed immense physical strength, enough to select up a horse or maybe break off large chunks from Wall Rose and hurl them at an excellent distance away. His throwing ability was second to none, and he created a clear shock wave when he threw rocks, effectively throwing them faster than over 700 feet per second. He also appeared to possess dexterous hands, as he managed to retrieve Mike’s vertical maneuvering equipment without damaging him or the equipment.

Zeke possessed a scream which will transform the Subjects of Ymir into Titans. These Titans, unlike the regular Titans encountered, were capable of working at night as long as the moon is out. so as for the human to show into a Titan, all the human must do is intake Zeke’s cerebrospinal fluid and Zeke must use his scream at the targets, and after doing so, they become Titans. These Titans are connected with him through a psychological path that makes them follow his orders. There appears to be a variety to the present ability, although those out of range who are contaminated with Zeke’s cerebrospinal fluid can still feel the influence of screams.

Zeke was ready to harden his Titan body at will to guard himself against attacks. However, this ability needed a while to prepare; during his brief battle with Levi, Zeke tried to harden the nape of his neck but was unsuccessful because of Levi’s increased speed of attack. Due to Levi’s speed of thinking and attack, we couldn’t see Zeke Harding.  While offering ample protection, it is often damaged and destroyed with the utilization of Thunder Spears.

He appeared to be a formidable fighter since he was ready to defeat the Armored Titan and inflict him considerable damage without sustaining any visible injury. He was also mentioned as “the most powerful Titan” within the final notes of Chapter 70, consistent with Reiner, while Levi is indeed powerful, the previous claims that he’s no match for his or her lead Warrior. it’s unknown if Zeke possessed some combat knowledge outside his Titan form.

READ ALSO: How Strong Is Kaido?

What is a Euthanasia Plan for Zeke?

In Attack on Titan, the Euthanasia plan was to eliminate the reproduction abilities of Eldians to save them. Zeke thinks that this would stop the discrimination of the species and also save from misusing the titan power. He thinks this is the only way to stop the never-ending war between Eldian and Marleys. He thinks that power will not be passed by Eldian and the world will be saved. He wants to execute this plan using Eren’s Founding Titan’s Strength. But we get to know that he isn’t on board with this plane totally from the recent episode.

Grisha Yeager and Dina Fritz were plotting to topple the Marley government and restore the Eldians to power when Zeke Yeager was born. Grisha was among the rebels when the Marley government unveiled the Warrior program, which asked for Eldian youngsters aged five to seven to serve as prospective Warriors in exchange for the title of Honorary Marleyans and independence inside the country.

Grisha then decided to enroll Zeke in the program as a spy for his cause. At home, Zeke was often transferred to his grandparents while both Dina and Grisha attended Eldian Restorationist meetings, with much of his visits being spent listening to his grandfather telling stories of the Eldian race`s atrocities against the world.

Initially, Sieg did not perform impressively as a warrior candidate, and he was banished from his peers and instructors because it was difficult to catch up with his fellow candidates. But he managed to make friends during training, Tom Ksaver and the rest is history.

After a day of routine training, Zeke happened to meet Ksaver while the man was playing the tag alone. After a few gods from Ksaver, Zeke joined the game and was delighted to hear Ksaver compliment him on his pitching skills.

Over time, his parents’ preoccupation with the Eldian Restorationists led them to grow continuously distant with Zeke, with Grisha, in particular, showing very little interest in his son’s future, that is studies and his performance and everything related as a Warrior.

This anime is considered one of the most successful among the big 5 anime. Any anime fan would know about this series and has always respected the series. This anime is so prestigious to any anime fan. If you want to watch don’t think twice as it’s one of the best and I am sure if you start watching, you will not be able to stop it. The best part is that there is a plethora of content with many episodes.