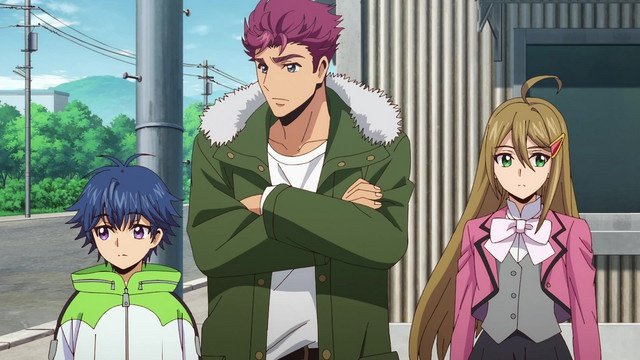 Anime has been very popular throughout several generations starting from boomers to Generation Z. It has held umbrellas over different genres and topic that has won millions of hearts over the ages. Anime involves stylized art with exclusive direction and production that appeals to the audience visually and mentally to a great extent. Anime has brought several fresh concepts and subjects to the entertainment industry. Anime is an Asian design of animation that is typically centered around Japan and its cultures. A lot of unseen work goes on behind the animated characters and plotlines. There are renowned voice actors, specific character designs, soundtracks, etc. The construction of an entire anime series takes a lot of planning, structure, hard work, and design skills. Let’s trace the origin of the anime world and brush up on its history. Then this article will discuss how it takes to make anime episodes, especially twelve-episode anime.

The past of Anime shows and movies is interesting. French and American animation shorts inspired the animated series and techniques involved in the Japanese animation sector. Eventually, the Japanese started being produced in 1917. But it faced a tenacious struggle to last in the entertainment industry because of the advanced media content of the western world. There were also many wars and other global socio-political issues that interfered in the establishment of the anime world. After many trials, modern anime found its ground in 1956. Then the fame of iconic mangas that appealed to many readers all over the world helped build the first strong hope for the anime world. The anime-inspired from addictive manga plots started releasing. This tradition is seen even today. Back then, the success of the Mushi Productions by Osamu Tezuka, was a leading figure in the manga. Examples of other anime that drew prosperity for the anime industry was the show of Miyazaki Hayao’s Princess Monoke om 1997. Then came the cartoon series in the form of anime that captured a massive amount of audience. These were steamed globally on channels like Cartoon Network. The anime structured cartoon shows were made for children. These shows included Dragon Ball Z, Pokemon, Sonic X, Naruto, etc.

How Long Does It Take To Make A 12 Episode Anime?

Animes come with a lot of episodes or sometimes in short durations. They also win the hearts of the audience in the form of movies. Some short animes come in the duration of twelve or sixteen episodes and the longest ones have over five hundred episodes. Each episode mostly runs for twenty to forty minutes and also has extended seasons. Most animes have twelve episodes like Ben-To, Black Blood Brothers, Blood C, Boku wa Tomodachi ga Sukunai, etc. Short anime are seemed to be made because they are convenient to watch in today’s fast-paced world where people barely have time. This type of anime avoids dragging off storylines and cuts straight to the chase. Hence, they can be finished viewing very quickly.

The making of an anime has several steps that need multiple redos and revisions. The first step is finalizing the plotline like any other visual media. Then the role of transforming the story into visual mode comes on so the concepts and characters are drawn. Then the animation part comes into play. The sequence of scenes and actions of the characters of the anime are decided. Then the exploration and execution of the backgrounds, lighting, style of animation are decided as is stated by Drew A in one of the articles on how an anime is made. The aesthetic, color tones, and entire environment set-up of the anime show are checked. It is also checked if the character, mood, aesthetic, and plot are in sync. So putting all of this together takes a considerable amount of time. The time taken varies from one show to another since they belong to different production houses and have different teams. The preparation usually starts six months prior to the launch of the show and continues till the end of the show. A twelve-episode anime goes on for around three months hence, it takes almost nine months to create a twelve-episode anime. In some cases, the time also extends up to one or one and a half years.

Where To Watch Such Animes?

These animes are mostly available on OTT platforms Netflix, Crunchyroll, Funimation, YouTube, etc. Watching the series and observing the scenes particularly will make one realize how much toiling goes on to create animes. Share your thoughts on making an anime with us and check out other interesting articles on topics that bear resemblance to this one.